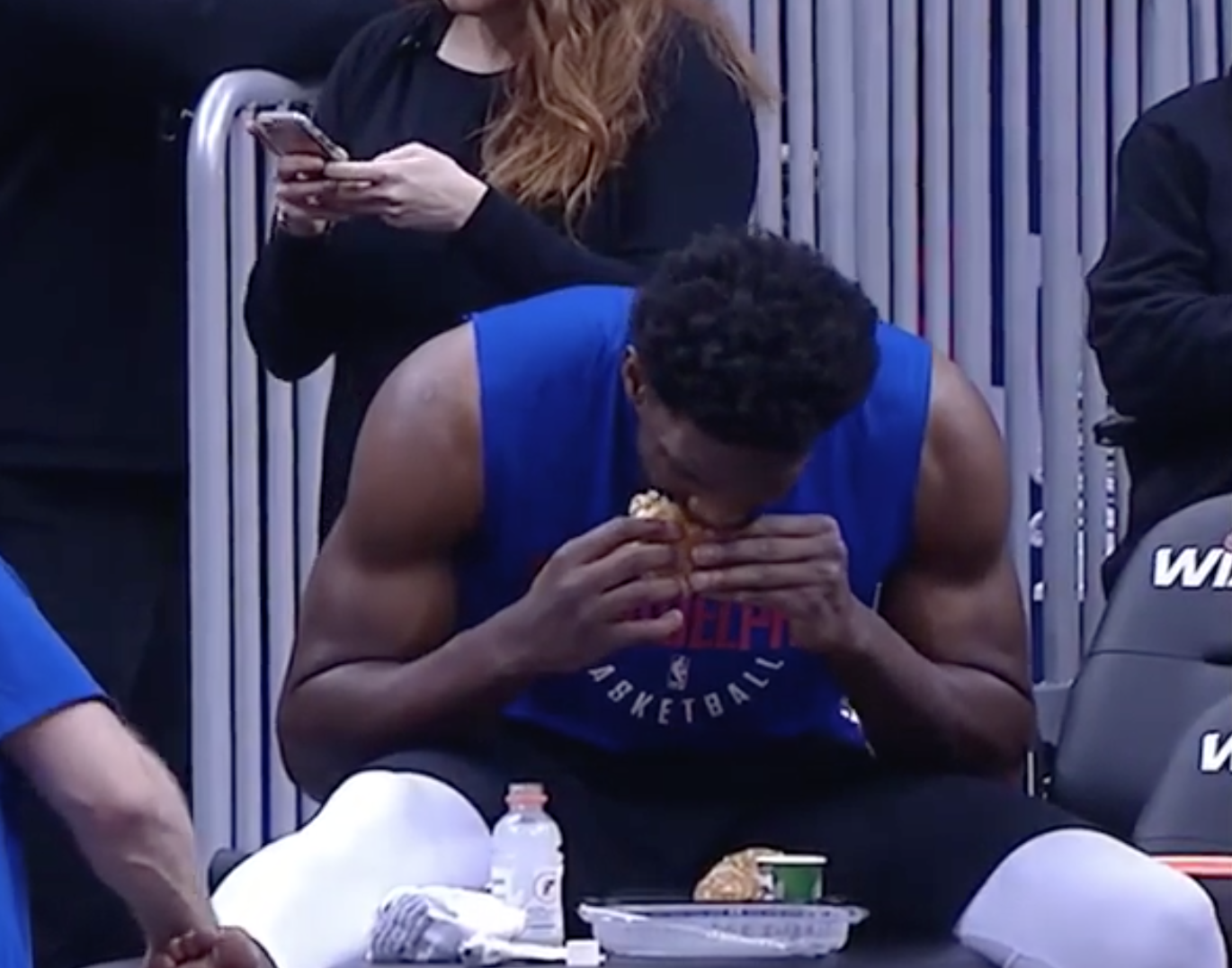 Sixers big man Joel Embiid is the NBA’s unoffficial king of social media, and he provides the public with entertaining video clips as well as pot shots at other players with each passing week.

Embiid did exactly that before Sunday’s game against the Wizards at Capital One Arena, when he was seen “warming up” on the court. That warmup regimen entailed him eating a burger while getting a foot massage simultaneously, which isn’t something you normally see players do before games.

Embiid out here living his best life. Getting a foot massage and eating a burger right before the game 😂 pic.twitter.com/DHcliMqUqF

Gotta love how nonchalant Embiid was while doing it.