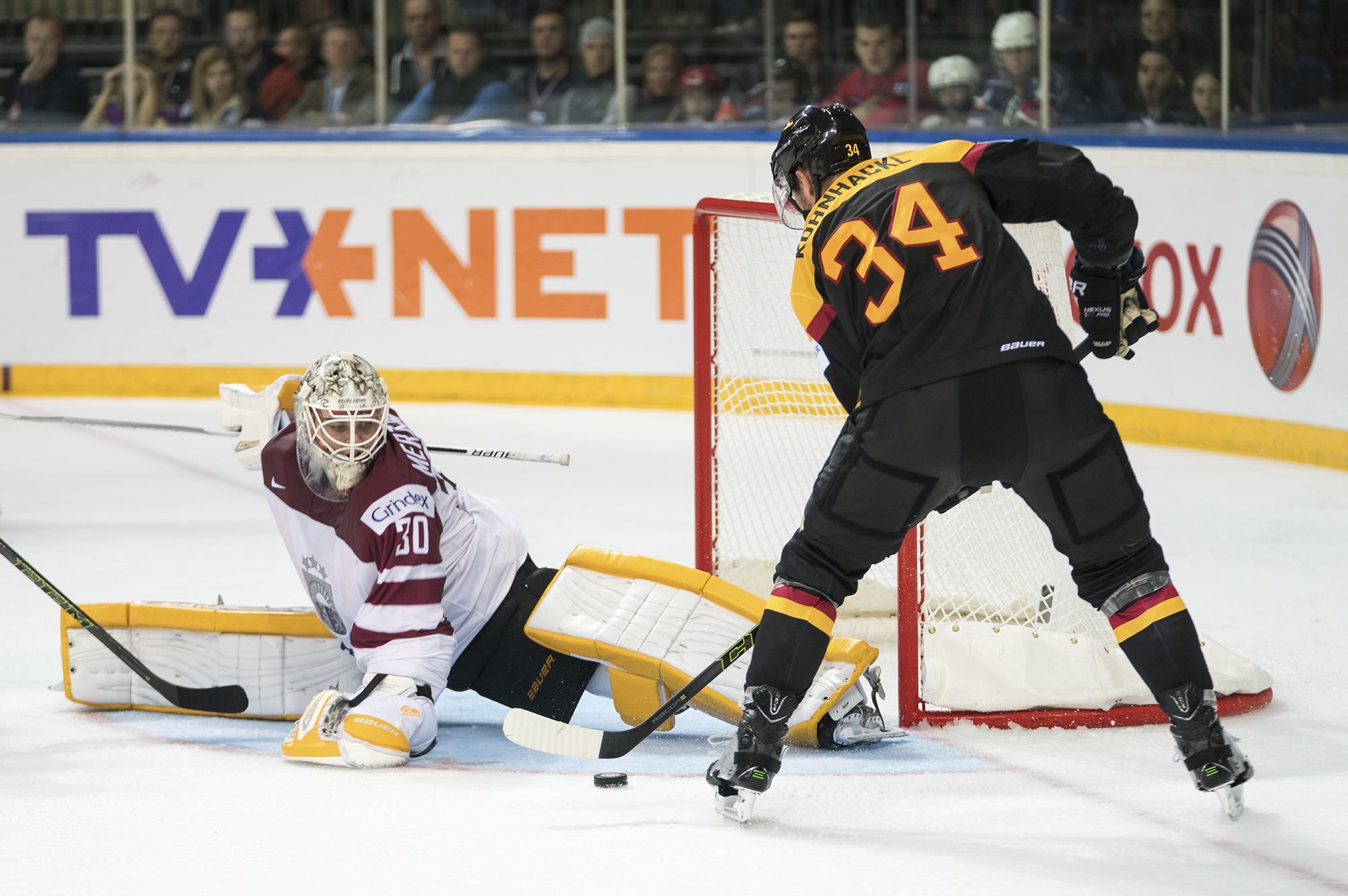 Russia won the gold medal game late Saturday night in a dramatic overtime contest over Germany 4-3. Even without NHL players on any rosters, Germany was still a clear underdog relative to most of the other eleven countries but emerged as the nothing-to-lose upstart upsetting Sweden in the quarterfinals and Canada in the semifinals. Against favored Russia, Germany was 56 seconds away from winning the most improbable gold medal in hockey history.

However, Nikita Gusev flipped a backhander over the blocker of German goaltender Danny Aus Den Birken for a shorthanded equalizer, sending the game into overtime. Russia went on the power play midway through the extra session and at 9:40, Gusev faked a pass to the point then sent a sharp cross-slot pass to Kirill Kaprizov who one-timed the puck into the net to join Sidney Crosby (and if you count shootouts, Peter Forsberg) in the Olympic golden goal club.

Years ago when German-born Pittsburgh LW Tom Kuhnhackl was a prospect attending the Pens’ September Rookie Tournament, he was quite candid and indignantly questioned why German professional leagues allow foreign players to dominate club rosters which reduces ice time and skill development for German natives.

“When you look at the hockey in Germany, when you look at the first-league especially, every team has eleven imports … so what about the German hockey?” he asked rhetorically. ”Eleven imports – that’s like the first two and a half lines. Then the third and fourth lines might be a couple of young German players that don’t see a lot of ice time and they sit in the stands. Maybe we should reduce [the quota] to seven imports or six so that German hockey can improve and maybe we can beat Canada for once.”

His comments on German hockey start approximately 3 minutes into this audio clip:

“I played a couple games [for Augsburg] but when you look at the level there … eleven imports,” he said, shaking his head, ”it’s just … I don’t know. If you want to improve German hockey, the German players need to get ice time.”

(On Kuhnhackl’s 2009-10 Augsburg club, the top eleven scorers were all either Canadian or American.)

It was a long time coming but Kuhnhackl’s wish/prophecy came true on Friday morning when Germany defeated Canada 3-2. The major factor was obviously the NHL’s absention but a win is a win. Ironically, Kuhnhackl was not there to celebrate with his countrymen, but it was Kuhnhackl who scored the winning goal against Latvia in Olympic qualification play 1 1/2 years ago.

It’s hard for those of us on this side of the pond to comprehend how much the Olympic silver medal means, but judging by the accolades from (among others), the soccer World Cup champion German national team, the German national volleyball team and the German ministry of sport, this is a huge moment in German hockey.

What about the future?

Penguin-killer Uwe Krupp coached the German national team for many years and was optimistic after looking at the past and present. From the audio clip below, also from several years ago, he remarked: ”German hockey has a number of good players. We haven’t created a Dirk Nowitzki like we have in basketball but we have Marco Sturm and Christian Ehrhoff – two guys who are representing German hockey at a very high level. Jochen Hecht, Dennis Seidenberg, Olaf Kolzig … we’ve had some players who’ve had good careers in the NHL… Tom Kuhnhackl is a good young player that is as good as any player you’ll find in the Czech Republic or in Slovakia within those age groups.”

No doubt, Krupp would be pleased to see that today, the likes of Kuhnhackl, Leon Draisaitl and Philipp Grubauer are on NHL rosters, helping to advance the profile of German hockey.