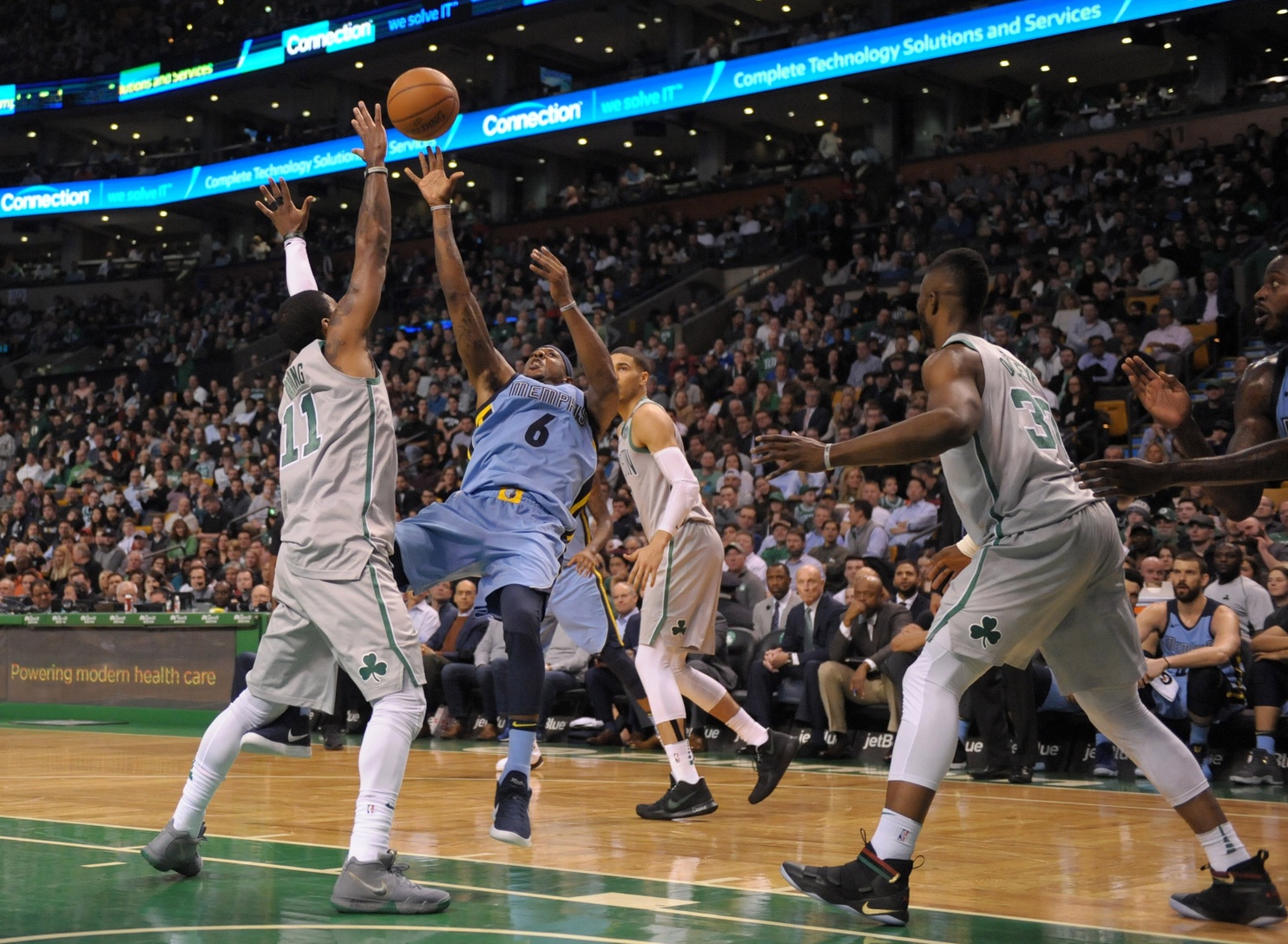 I’m going to break this recap down to its simplest form: the Celtics are good and the Grizzlies are bad. What we witnessed tonight was a good team whooping a bad team for 24 minutes, coasting for 24 minutes and winning 109 – 98.

Boston started strong but it was spectacular play from the bench and Kyrie Irving (25 points, 5-8 3 FG, 6 reb, 5 assists in 25 minutes) that elevated this game into some sort of AND1 mixtape reel in the 2nd quarter. The rest of the game was nothing short of survival.

Jumpers were falling early. Boston jacked up 11 threes in the 1st quarter and made 8. That’s 73%. Kyrie, Jaylen Brown and Terry Rozier were a combined 7-for-7 from the field. The defense was decent and Boston led 33-24.

The second quarter was a lot of fun. We had some Lob city action with Daniel Theis (12 points, 7 reb). The all-bench unit pushed the lead up to 20 (50-30) before Irving re-entered and took control. Kyrie rattled off 10 straight on a couple of bombs, a pair of FTs and one ridiculous dribble-drive bank shot. Boston waltzed into halftime with a 26 point lead.

The pace of the game slowed in the 3rd quarter. The shots also stopped falling. But Boston maintained a 26 point until 3:54 remaining in the quarter. Memphis finished strong (9-0 run) and lead dipped to 17. The Comeback Kids weren’t going to blow this, were they?

Al Horford was 1-7. Greg Monroe racked up a DNP-CD.

This went from "lost it" to "got em" real real quick pic.twitter.com/u1rUF4KVte

Jaylen Brown throws it down! 🔨 pic.twitter.com/NyxU1x6eiI

What the hell is that?

This kid got a Kyrie Irving haircut 😅 pic.twitter.com/Kgvynn8c7c

I hope he got a pair of Kyrie’s sneakers.