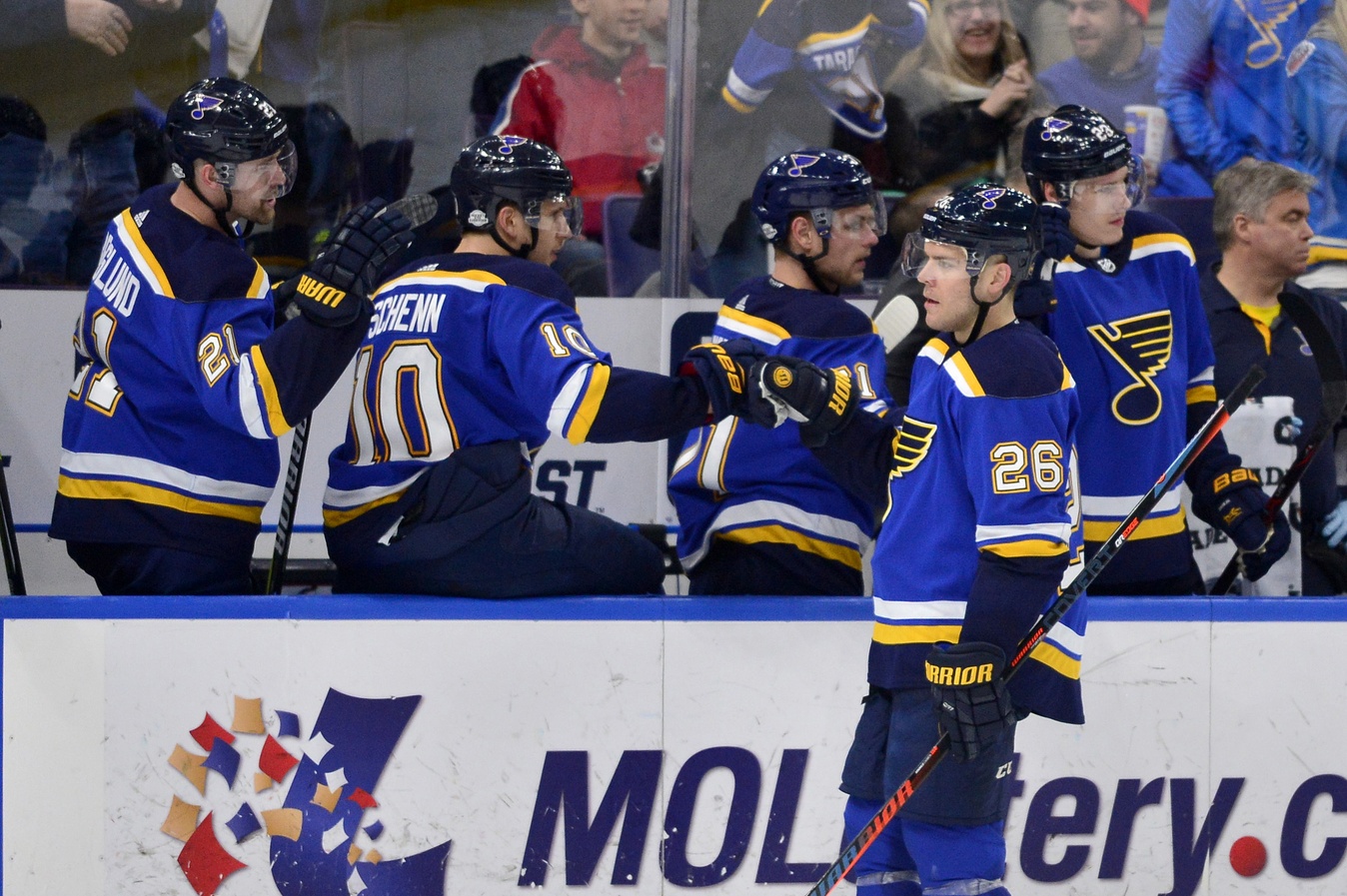 This trade seemingly signaled the Blues were ready to throw in the towel on 2017-18. Despite their spot in the standings, that may have made sense given their recent slide and the reported nightmare that is the locker room.

From what I gather, the locker room is divided like this. Steen's guys on one side…. Petro's on the other. Steen wasn't thrilled about not getting the C

If the situation is really that bad, and no one is willing to play together to try and win, why not dump some of the worst contracts? Why not move on from the players who won’t be (or shouldn’t be) in the team’s future plans? Why not try and get something out of those assets now while buyers are looking for help?

Instead, the Blues decided that moving Stastny was enough.

Does anyone think Valdimir Sobotka has a future with this team? Apparently Doug Armstrong does and demanded a large price.

After losing 6 in a row, sounds like the St. Louis Blues are trying to move some assets by tomorrow… hearing Sobotka is now available. Expensive, but available.

The Blues bailed on Stastny and actually got a decent return. Unfortunately, it’s not enough. If they’re going to go in that direction, they needed to commit and fully go in that direction. The worst thing the Blues could have done was what they did – a half-assed response that supposedly was a response to the team’s recent losing streak.

On paper, the Blues are worse than they were before deadline day started. That’s an incredibly frustrating fact even though most fans would agree this team isn’t a contender. But what are the players left on the roster supposed to think? It’s clear that management doesn’t think they’re a Cup contender, so should we really expect this to all get better?

Yep. Armstrong believes the removed distraction of the deadline means better hockey is ahead.

Armstrong: The players had a lot on their minds the last couple weeks, now that we’re past this trade deadline day, it will hopefully clear our minds up #STLBlues pic.twitter.com/GWy4qQ3J8z

Sometimes it’s hard to find words to describe the insanity that is the Blues.