Getting to know the Tribe's NRIs 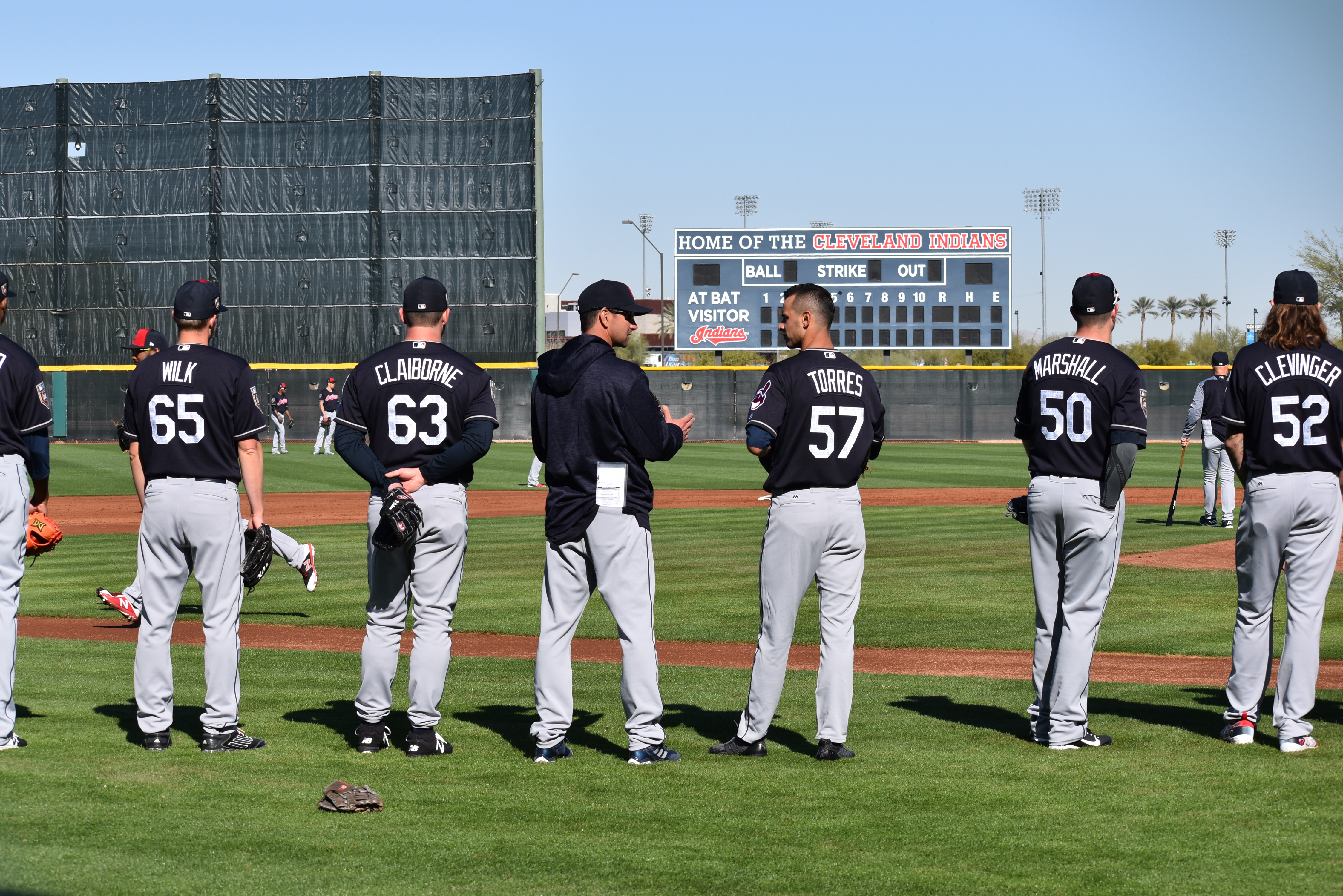 Getting to know the Tribe's NRIs

There are few openings for the Cleveland Indians 25 man roster heading into the 2018 season, but every year every team takes a chance or two on smaller name free agents and this is no different. While the odds are long that any of these players will make it to big leagues with the Tribe this year, they will likely get quite a bit of playing time during Spring Training, so it’s of value to be aware of their existence.

Those Who Need No Introduction

Of the 21 players in MLB camp who are not on the 40 man roster, six were already within the minor league system and don’t need to be discussed here. In addition, Mike Melaragno has already taken a more in depth look at Melvin Upton , Jr. (found here), Rajai Davis (here) and Alexi Ogando (here) who are all more well known players who have had at least some MLB success. In addition, Robert Zarate is a AAA rule 5 pick and thus does not need to be on the 25 man roster like a MLB rule 5 pick would.

Jeff Beliveau – A left handed reliever, Beliveau has pitched in the Majors for the Cubs, Rays and Blue Jays with a stint in the Baltimore MiLB system between. His best season was 2015, but he didn’t make it past AA in 2016 and pitched poorly in limited action in 2017. He doesn’t have significant splits like a typical LOOGY, allowing a .493 SLG vs RHH compared to .420 vs LHH. These were much more pronounced in 2017, but he has never been used as a single hitter match-up man, so it’s difficult to predict if he would improve in this role. At 31 years old, this could be his last chance to break through.

Preston Claiborne – Almost exactly a year younger than Beliveau, Claiborne is a right hander who has pitched just one full season in relief back in 2013 with the Yankees. After missing all of 2015, he had solid campaigns in 2016 in AA (SF) and 2017 in AAA (TEX) despite struggling in limited MLB action. His K, HR and BB rates have all improved dramatically since his return to baseball making him another possible steal for the Tribe.

Stephen Fife – Fife had solid seasons in relief for the Dodgers in his first and second seasons (2012 and 2013), but since has jumped around not just the North American MiLB circuit, but the whole world by playing for the Seibu Lions in Japan, the Zulia Eagles in Venezuela and the Eastern Stars in the Dominican Republic. In his age 30 season, he was cut by the Marlins after struggling in AAA, then had terrible peripheral stats in Japan. Now 31, he is essentially a low risk, absolutely no chance of any reward signing.

Marshall jogs off the field after participating in infield practice. – Joseph Coblitz, BurningRiverBaseball

Evan Marshall – Marshall is much younger than most of those on this list at just 27 and could be best compared to Shawn Armstrong for Indians fans as he has posted some insane MiLB numbers only to never repeat that success on the Major League stage. After three MLB seasons with Arizona, the Diamondbacks finally had to move on and he became a free agent at the end of 2017 when the Mariners let him go after another lackluster season.

Neil Ramirez – Ramirez pitched well for the Cubs in his early years, but hasn’t been able to consistently perform since 2015. He split 2017 with the Giants and the Mets, all in the Majors, but with poor results. He has great strike out numbers, but extremely poor walk and home run rates, making those results seem fairly indicative without significant change.

Adam Wilk – The 30 year old lefty may be a bit more familiar to Indians fans than the other relievers on this list as he was originally drafted by the Tigers and began his MLB career there. However, he never caught on there and has since played for the Pirates, Angels, Rays, Mets and Twins. He spent 2017 with the last two of those teams and pitched extremely poorly. Over his career, he has had essentially reverse splits with very poor K numbers vs lefties and much worse control, although he has been primarily used against right handers.

It’s going to be hard for any of the pitchers in camp to break through with the team, but with the amount of pitchers needed between AAA and the big leagues, there’s a chance some of them could stick around. The position players are not so lucky. With a pile of AAAA quality outfielders already on the 40 man, it will be very difficult for any of the following players to stick around long.

Brandon Barnes – A 31 year old outfielder, Barnes has played significant time in the Majors at all three outfield positions and been a positive defender in all three. While not as spry as he was in his early seasons when he was 4.8 runs in center in consecutive seasons for the Astros, he still has a plus arm and should at least be league average in all three positions. The drawback is that he doesn’t hit for average, power or OBP and he spent the entirety of 2017 in AAA. Extreme home/road splits in his first year in Colorado made it seem like he could be going somewhere, but he was unable to repeat these in 2015 or 2016 with the Rockies.

Ryan Hanigan – No offense to the 11 year MLB veteran, but the 37 year old catcher won’t be playing for Cleveland this year unless some shenanigans take place. Out of the gate the catching jobs belong to Roberto Perez and Yan Gomes and should one or both get hurt, both Francisco Mejia and Eric Haase are MLB ready. Bypassing them for Hanigan would definitely be a service time, not a talent, issue.

Drew Maggi – Already 28 years old without an MLB game to his name, Maggi is a super utility man who has played every infield position, both corner outfield spots and pitched in the minors. With Giovanny Urshela and Erik Gonzalez both vying for the final utility spot(s) and out of options, there won’t be room for Maggi in the Majors, but there could be a spot off the bench in Columbus.

Jack Murphy – Murphy is a 29 year old catcher who has nine minor league seasons under his belt, but hasn’t broken through to the big leagues yet. He has some international pro experience with five seasons in Australia, but he severely struggled in AAA in 2017. He likely sits behind Hanigan in the depth chart making him one of the least likely players on this list to stick around, although he may be more willing to accept a AAA bench role than Hanigan.