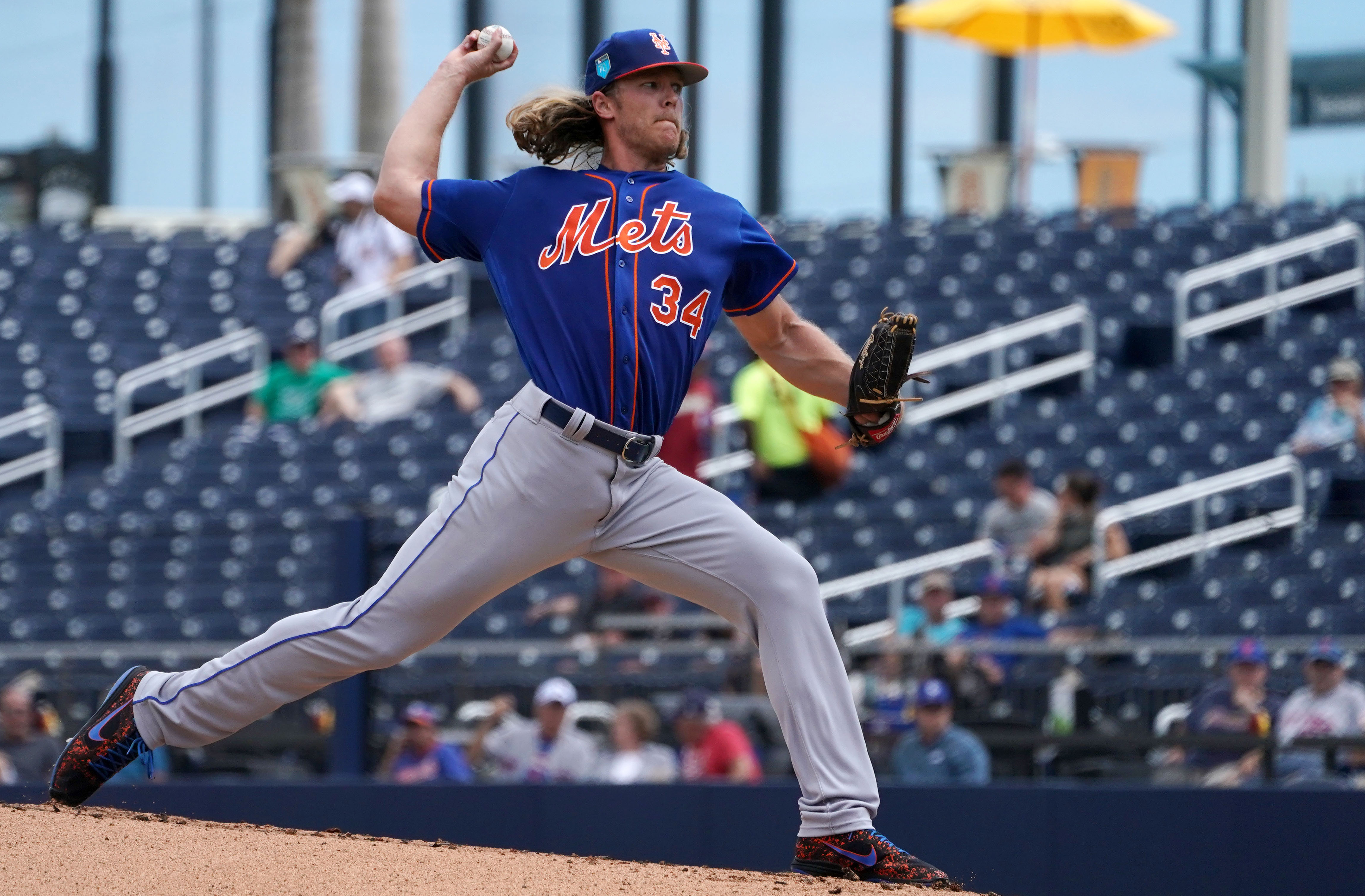 Most players need a full month of spring training to round into form ahead of the regular season. New York Mets’ starter Noah Syndergaard needed just two innings to recapture his prime form on Monday, tossing two shutout innings in the Mets’ 8-7 loss to the Houston Astros. Syndergaard hit 100 miles per hour on the radar gun 11 times in his 22 pitches and made the Astros’ batters just look silly, including reigning MVP Jose Altuve on this incredible sequence.

Noah Syndergaard striking out Jose Altuve with 100mph, 101mph and a 91mph Changeup.

The end result was two perfect innings for Syndergaard, who struck out two on the day and then held a postgame media session shirtless. It was a do no wrong kind of outing for Syndergaard, which is more than can be said for the rest of the Mets’ team. Hansel Robles came in after Syndergaard and gave up four runs on four hits in the third, a poor start for someone competing for a bullpen spot. The rest of the unit didn’t do too well either as youngsters Jamie Callahan (one run in two innings), Drew Smith (two runs in one inning), and Tyler Bashlor (one run in one inning) combined to blow the game for the Mets.

Offensively, the Mets sent a lineup filled with mostly minor leaguers to West Palm Beach, with only Brandon Nimmo, Wilmer Flores, and Jose Reyes expected to make the Opening Day roster from this group. The best performers were Tomas Nido, who went 1 for 3 with 2 RBI’s, and Gavin Cecchini, who hit a two run homer in the seventh.

The Mets are back in action today when they host the Astros. Steven Matz is scheduled to start for the Mets, who are also planning on a spring debut for Jay Bruce. First pitch for today’s game is scheduled for 1:10 pm at First Data Field.