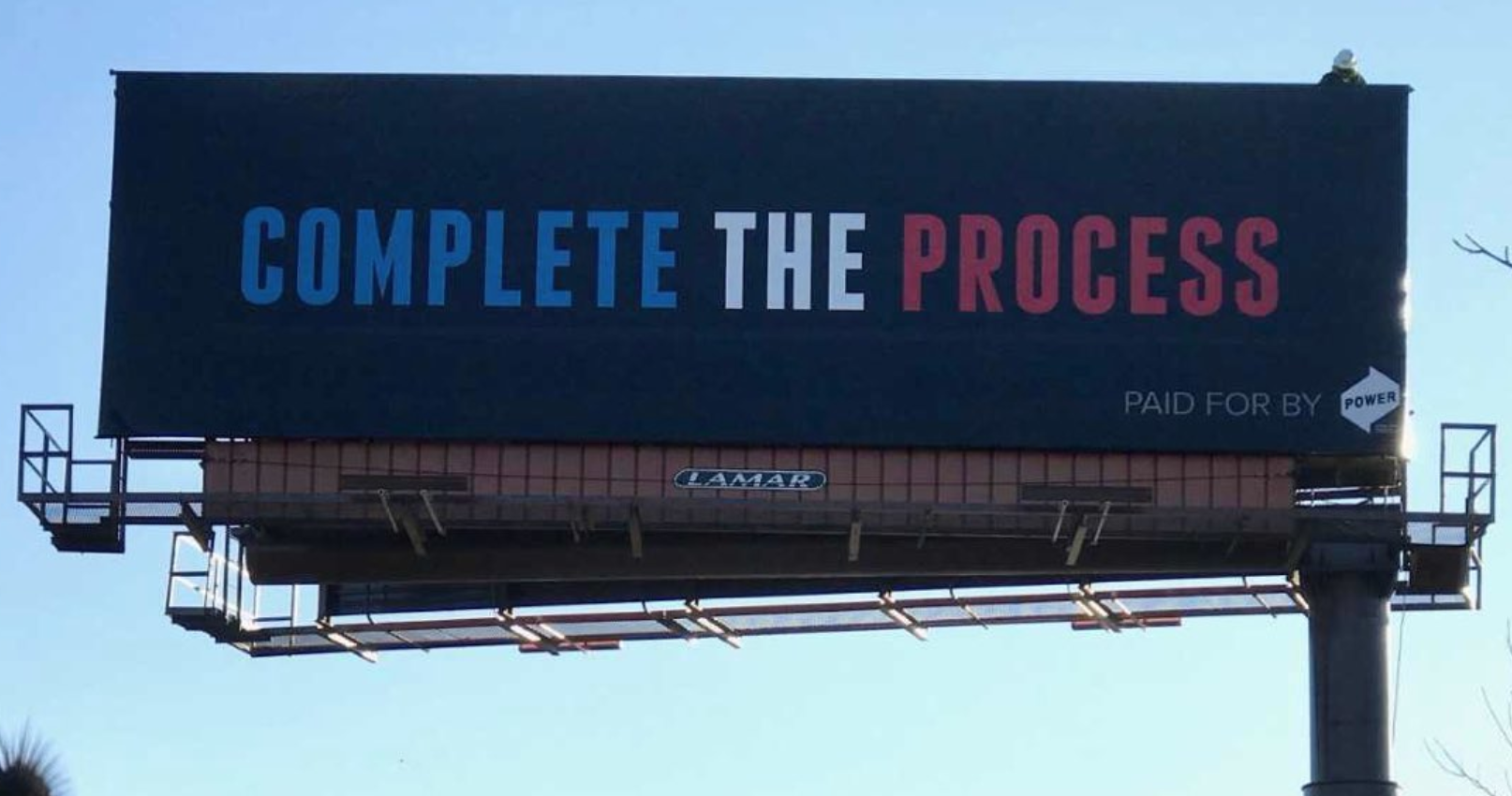 The LeBron James sweepstakes hasn’t even begun, but Sixers fans are already presenting their pitch to why The King should come to Philly.

Power, a social services organization based in the Philadelphia area, elected to put up three billboards campaigning for James to come play for the Sixers.

The billboards claim James can “complete the process” by coming to Philly.

A Philadelphia-based company put up three billboards on highway to downtown Cleveland this morning saying that city wanted LeBron. Here they are in order. pic.twitter.com/vntsa8h3mE

Here’s James’ reaction to the billboards.