Wagner settling in with Islanders after trade from Anaheim 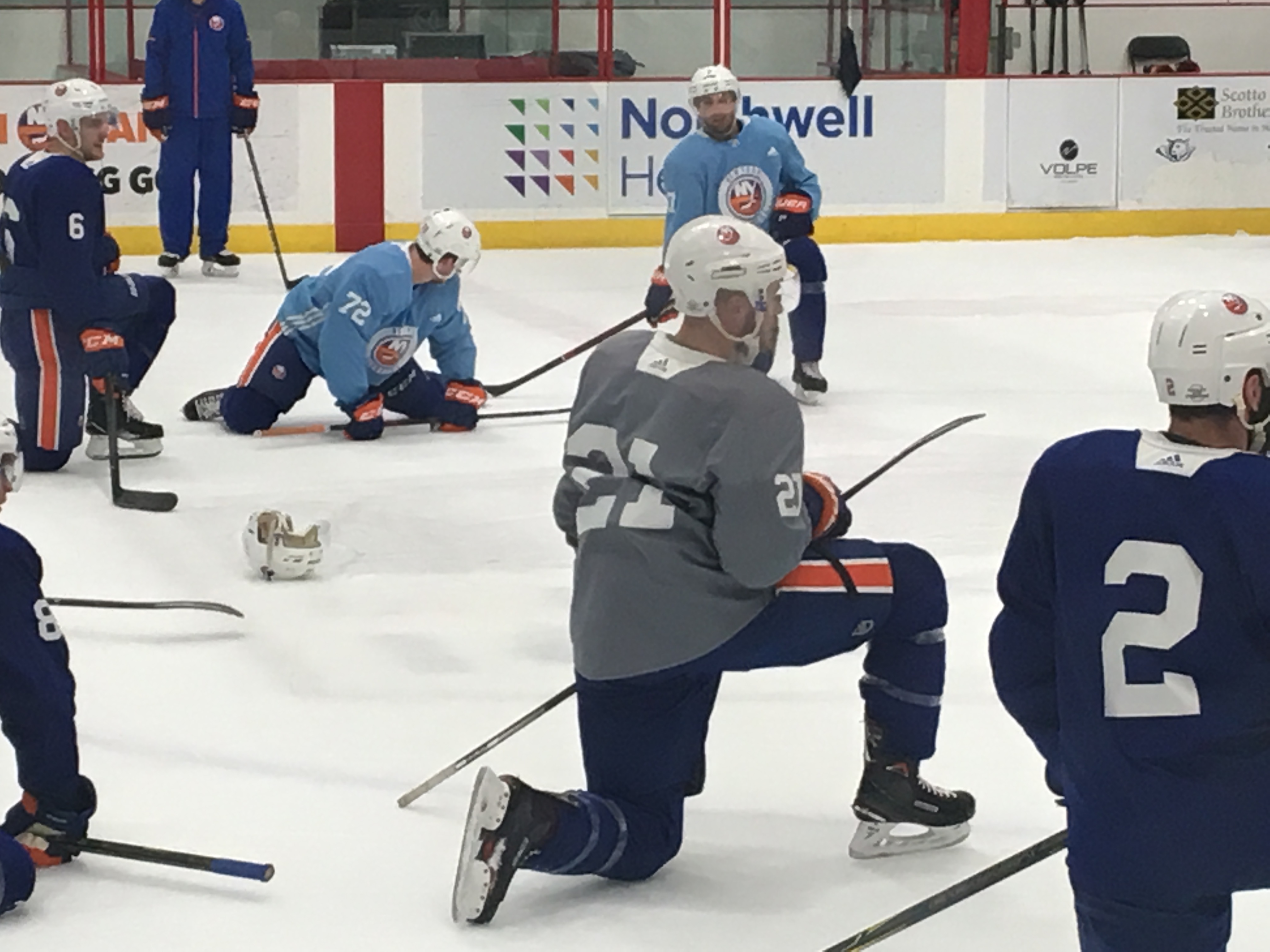 Wagner settling in with Islanders after trade from Anaheim

EAST MEADOW, N.Y. — Chris Wagner’s biggest challenge on his first day as an Islander was just trying to stay awake.

The forward had only arrived from Anaheim Tuesday morning after taking a red-eye flight to New York and then jumped on the ice for practice at Northwell Health Ice Center. Wagner was acquired before Monday’s 3 p.m. trade deadline from the Ducks in exchange for Jason Chimera.

Tuesday was his first practice with his new team and he could make his Islanders debut on Wednesday when they battle the Montreal Canadiens.

“It was a fun practice from what I could see. I’m just excited to be here,” Wagner said.

The trade came as a bit of a surprise to the 26-year-old Massachusetts native. Wagner had been in the middle of a day off on the golf course with friends when the call came while they were on the 10th hole.

From there began Wagner’s trek across the continental United States to his new team.

“I just looked down at my phone and I was like ‘oh it’s probably the call,'” Wagner explained. “I got off the course, went home and packed as much as I could. Then I hopped on a red-eye from LAX.”

Wagner said everyone has been welcoming and friendly since he arrived at his new club.

The Islanders are hoping Wagner’s  physical presence can boost the team’s bottom-six. Wagner is second in the NHL in hits with 212 this season.

“(Garth) Snow made a move bringing in a guy that’s something that our team needs,” Islanders head coach Doug Weight said after practice. “Fast, physical, he plays intense hockey and he doesn’t cheat a shift. Should be fun. He landed at about eight o’clock this morning so we’ll see how he feels, but we’re going to need everybody.”

Wagner joins an Islanders team in desperate need of wins during the stretch run of the season if they hope to make the postseason. The Islanders are four points behind the Columbus Blue Jackets for the final wild card spot in the Eastern Conference.

While the Ducks are in third place in the Pacific Division, the Islanders situation is not too much different than the one Wagner came from.

“Obviously excited for the playoff push and to be here with these guys,” Wagner said. “A couple of really talented guys here. We’ll see what happens.”