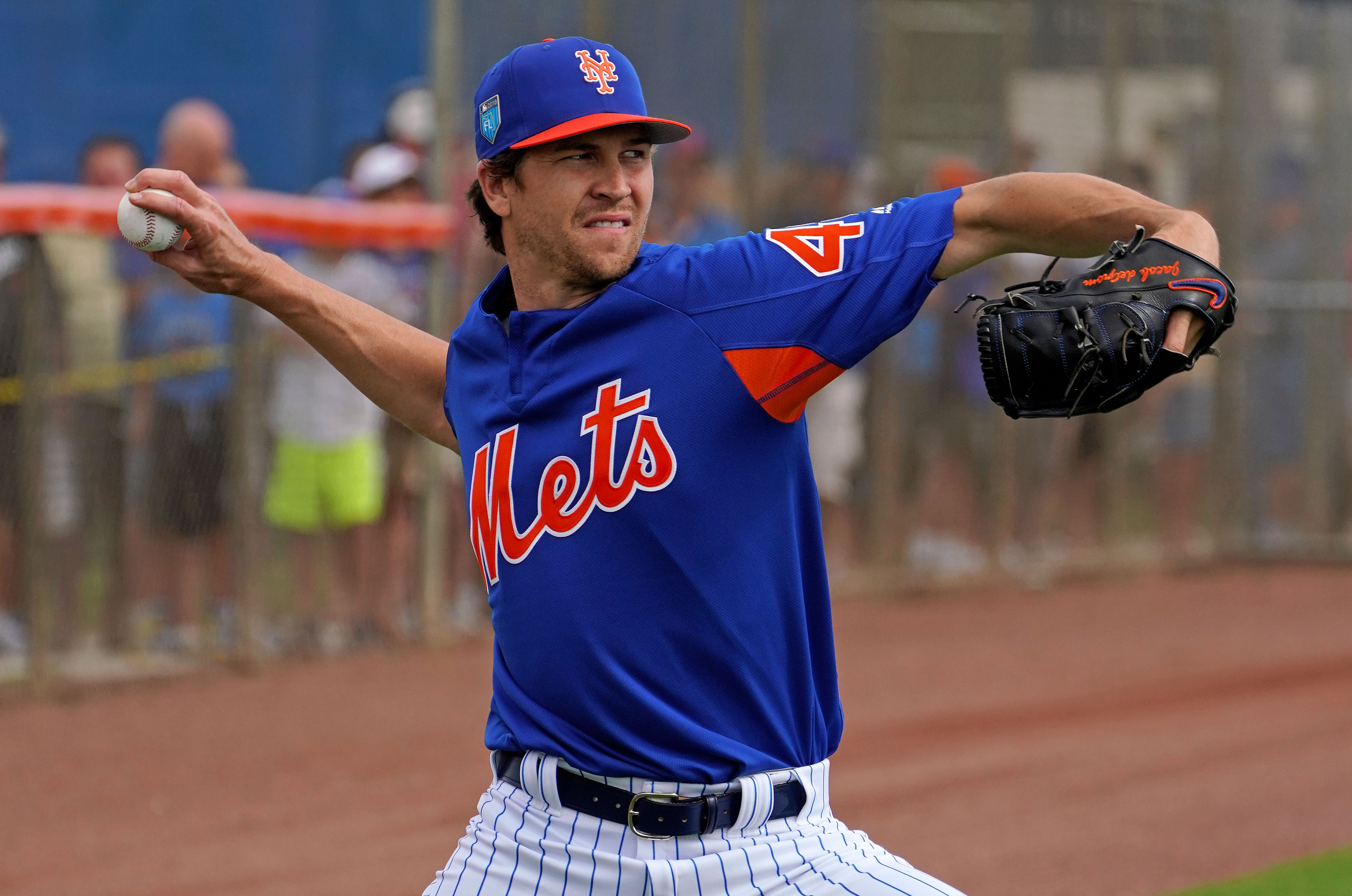 Okay look, I really tried to be Mr. Logical on this one. I could have been snarky when this tweet came out:

Mets say they’re going to provide these medical updates, like last year, when needed. Here’s a new one: pic.twitter.com/PfF8DV8rtQ

But when Jay Bruce said that his plantar fasciitis was so minor that we were wasting our space printing it … I didn’t print it. And when I realized that Tim Tebow was still Tim Tebow and put on the list as extra packing bubbles, I calmed down and returned to watching Olympic curling. Besides … stretching is hard.

But now, the Baseball Gods have doubled down, and have folded a new crease in my psyche.

We’ve got a couple of new faces on this morning’s medical update:

Glad to see that Cespedes giving up golf is paying dividends.

Mickey Callaway says it's not totally clear yet if Jacob deGrom will be built up enough for a potential Opening Day start.

After listening to the question again on tape: Callaway made it seem as if deGrom's availability for the first week might be in question, not just Opening Day.

Terry Collins must have sauntered up to Mickey Callaway at some point and, out of the side of his mouth, whispered: “You think you’re better than me?”

Because this was all supposed to be wiped out under Callaway, right? But I guess that only covers the arms and not the back muscles, right? I understand that all this means is that deGrom will take a wee bit more time to get his back muscles to the point where they can withstand the rigors of a major league start. It also means that it’s a really good thing that the Mets went out and signed Jason Vargas. But it also means that the Mets now have their first really significant reason to worry. Your ace has back problems? That’s a worry. Not only because backs are tricky (and this is another excuse for me to tell you that I had back surgery and back pain never permanently goes away), but because for the Mets to have any chance to sniff the playoffs, all of the meal tickets have to stay healthy. That’s deGrom, that’s Noah Syndergaard, that’s Yoenis Cespedes, and that’s Jay Bruce. Everybody else you can deal with. If those four miss significant time, then you’re binge watching Netflix by July.

Oh stop with your logic.

It's actually a left calf injury for Mets reliever Anthony Swarzak. He'll have an MRI tomorrow, but is not concerned. "I'm walking. I'm standing here right now. I think I'm going to be OK."

No that’s not good news, at least the part about the injury, which he suffered in a loss against the Astros on Tuesday.

No, the other good news:

Mickey Callaway is bringing in a "brain trainer," mental coach Trevor Moawad to speak to the Mets at 8 a.m. Monday morning. He is the is the former President of the National Association for Self-Esteem.

A Self Esteem Trainer? Forget the team … send him over to my house with a case of beer so that I don’t have to overanalyze every damn spring training injury until the end of time with this team.

(And by the way, it’s 2018. Can we find a way to make sprinklers in the outfield a little less conspicuous and a little less dangerous? You could have ended two of Tebow’s careers at the same time!)