Brady Aiken Looks To Continue His Rebound From Tommy John 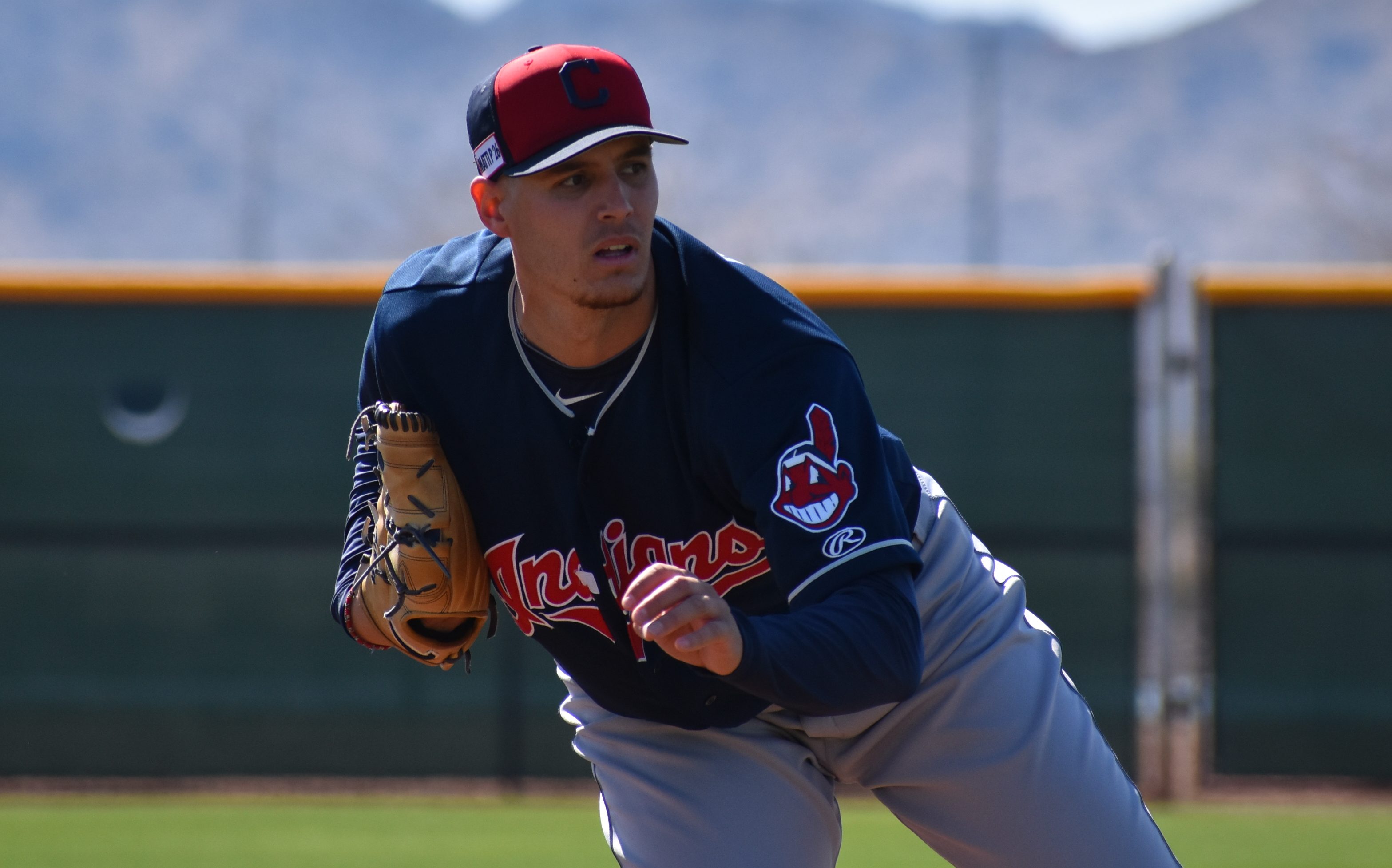 Brady Aiken Looks To Continue His Rebound From Tommy John

Two years after the Indians drafted him in the first round — and two years post Tommy John surgery — Indians prospect Brady Aiken spent his summer soft-tossing like Jamie Moyer. A heater that touched 96 in high school was now hovering in the high 80s, and only occasionally inching north of 90. The off-set velocity wasn’t the only concern. The 21-year-old southpaw had a 4.77 ERA and walked 101 batters in 132 innings for the Captains.

Aiken was cordial when addressing his performance and his velocity. With the caveat that “everyone wants to throw hard,” he allowed that he’s not where he once was. And while he’s not sure what to expect going forward, he sees positives in what is hopefully a temporary backslide.

“I’ve had to learn to become more of a pitcher, because I can’t just blow balls by guys anymore,” said Aiken before one of his starts last season. “At this level, you’re also not facing high school or college guys — this is their job, and you have to be better at your job than they are at theirs. If you can command the ball well at 90-92 you should be able to find holes in bats, and be able to get outs.”

He owns up to his command issues. Insisting that his arm feels “normal,” Aiken informed the media that he’d been working on some mechanical adjustments to “free up (his arm) a little bit, and make sure he wasn’t putting too much stress on it.”

For opposing hitters, the curve ball is Aiken’s most stress-inducing pitch. At 12-to-6 he’s thrown since his high school days in San Diego, Aiken’s curveball is, according to Captians pitching coach Jason Blanton, “plus, with tight rotation and late break; it profiles as a major league pitch.”

As for the southpaw’s stat line, Blanton went out of his way to accentuate the positives.

“Any kid who is in his first full season is going to go through his bumps and bruises, his ups and downs, his highs and lows,” said Blanton, who denied having any concern about Aiken’s velocity. “The beautiful thing is that he’s made all of his starts and continued to get better. I think he’s progressing fine.”

Aiken’s origin story has been told frequently, so I’ll run through it quickly here before getting into what he looked like last season. Aiken was drafted No. 1 overall by Houston in 2014 but his post-draft physical exam revealed an issue with his UCL, which caused Houston to drop their offer. Negotiations with Houston became publicly contentious and Aiken didn’t sign. He went to IMG Academy in Florida, where he planned to pitch the 2015 season before that year’s draft. Just 13 pitches into his debut for IMG, Aiken exited his start due to an elbow injury and had UCL surgery in March of 2015. The Indians drafted him in the first round that June.

When I scouted Aiken with the Captains last season, he was mostly 88-92 during those starts, touching 94 during his AZL outing. He was 87-90 during my instructional-league look. Now a year and a half removed from surgery, the low-to-mid 90s velocity that helped make Aiken one of the best prep arms of the century has yet to return. His body has filled out considerably and some scouts who saw him as an amateur are shocked at how big he’s gotten. The pace of his delivery was relatively slow which surprised me. Of course, I didn’t see much of Aiken pre-surgery for any comparison.

Aiken’s curveball remains impressive. It has above average depth and bite and he locates it consistently both in and beneath the strike zone. He flashed some changeup feel during the summer but was struggling to get into changeup counts during instructs and at times leaned heavily on his curveball just to throw strikes. The curveball has plus projection and, if the arm speed that enabled 94-plus mph fastball returns, the changeup deserves a healthy future grade as well.

Aiken’s success rests on his velocity returning to pre-surgery levels. But most pitchers see their pre-surgery velocity return by this point in their recovery and, objectively, Aiken’s has not — even while his body has undergone a drastic transformation.

The Indians brass should challenge Aiken by starting him at Akron to start the season.