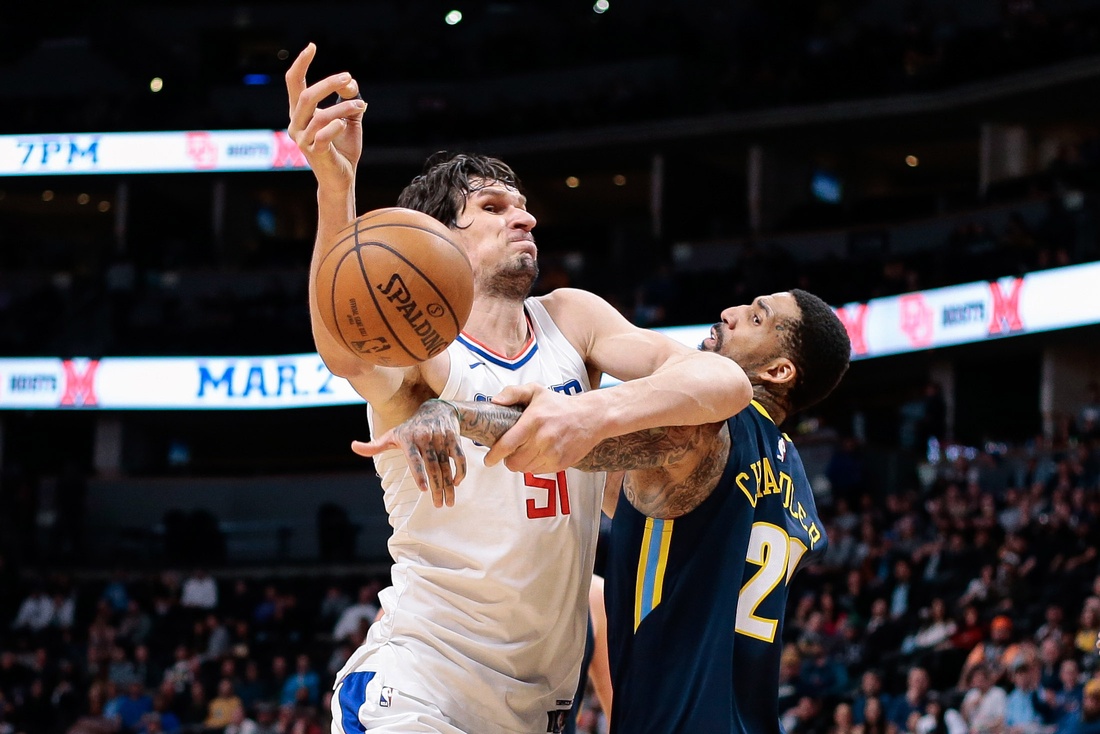 The Clippers desperately needed to win against the Nuggets last night to keep their playoff hopes alive, and that’s exactly what they did.

Going into last night’s game, you would expect the Nuggets to be highly favored. Jokic is playing historically well, Paul Millsap returned, Gallinari was out, and Avery Bradley was out. Not to mention the fact that it’s always tough to play in the Mile High City, as the Nuggets were 24-8 at home.

None of that mattered to Boban Marjanovic. The Clippers were down 19 points 82-63 with 4:24 left in the third quarter. It seemed like the Nuggets were going to runaway with the game. Boban Marjanovic hit a turnaround hook shot with 4:00 left in the quarter, and that’s when the comeback began.

Mark my words, the comeback begins with that Boban basket. #Clippers #Nuggets

The Clippers quickly went on an 18-4 run, and suddenly found themselves with the lead in the early fourth quarter. Boban became an unstoppable force for the Clippers.

Welcome to the Boban Show! 🌟

The Clippers’ bench as a whole came up huge tonight, their bench outscored Denver 73-24. The Clipper bench also outscored the Nuggets 54-5 in the second half. It was one of those games that gave fans a real sight at how deep this Clippers team is. LA did everything they needed to do in order to pull out a win.

This was the biggest category the Clippers needed to perform in, and they executed it perfectly. I mentioned in the pregame that whoever had more second chance points, rebounds, and points in the paint would win the game; the Clippers won all three categories.

Despite the consistent revolving door of players, this team has finally found its offensive identity. They attack the paint, hustle for every rebound, and try to score every easy little basket.

The Final Clip: This was the Clippers’ most important win of the season. They now own the tiebreaker over Denver, and are officially in the 8th seed. It’ll be tough to keep that momentum going against Houston today, but this Clipper team has shown tremendous grit all season.