Flyers' Flashy February - aka what I've missed since I've been gone 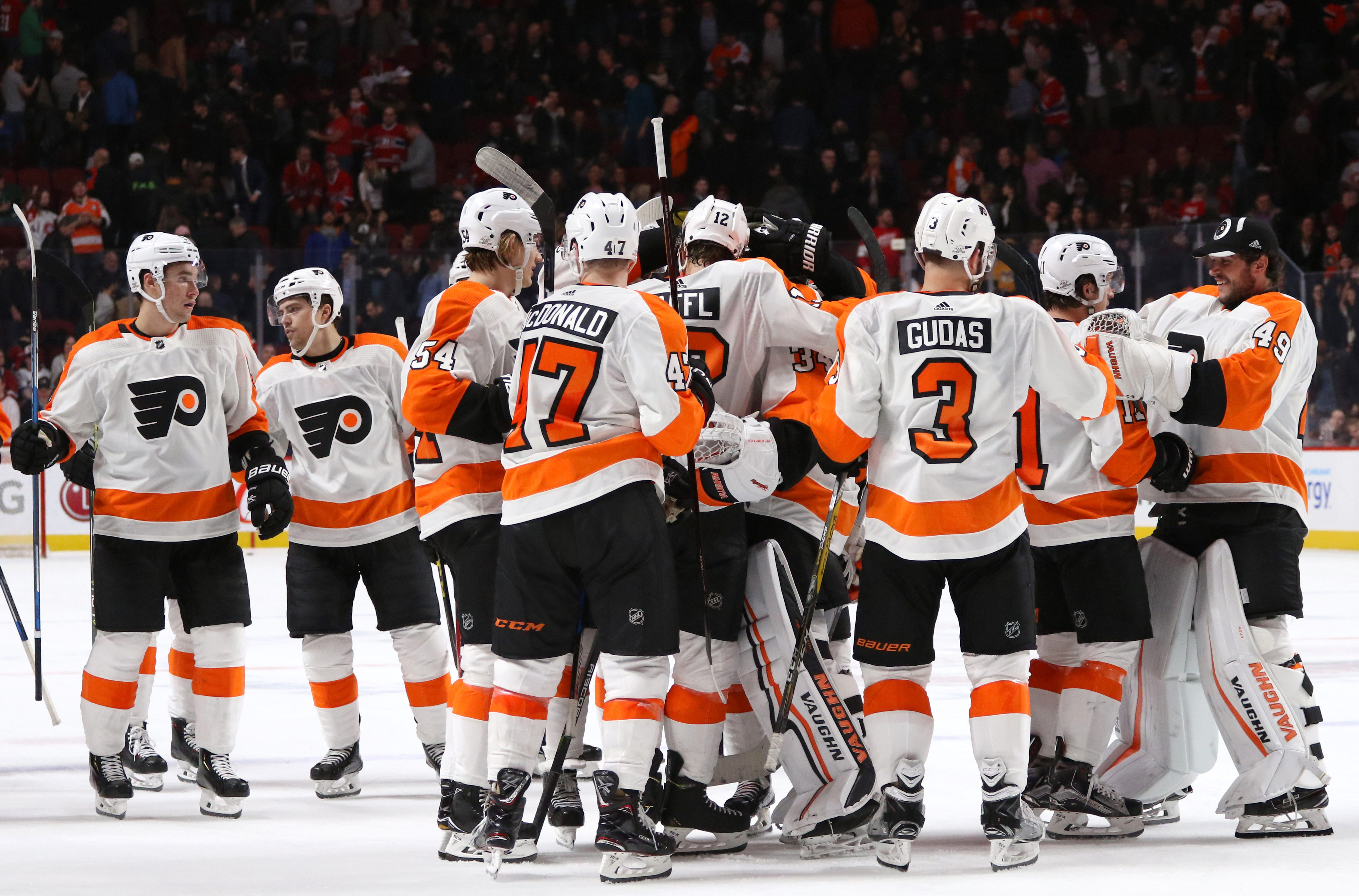 Flyers' Flashy February - aka what I've missed since I've been gone

After a long Winter Olympics related absence, I have returned to Total Sports Live! I know you are all excited. But while I was gone, I missed covering about 13 games. 13 really good games where the Flyers have gone 10-1-2.

So to catch all of you up who have been possibly living under a rock after the Eagles won the Super Bowl earlier this month (gosh, that’s still weird to think about!), here is what has been going on with your Philadelphia Flyers, and what it means for the last 19 games of the season.

Of course, we have to talk about the most important thing to begin. The Flyers, as of this writing, are sitting on top of the Metropolitan Division. They are one point ahead of the Washington Capitals and two points over the Pittsburgh Penguins. That is an incredible feeling. It may not last long, but hey, we might as well embrace it, right?

It’s going to be a battle to the end for the last three spots in the Metro Division, and it will be interesting to see how they shake up with under 20 games to go. However, I think it’s safe to say that the Flyers are going to make the playoffs as long as they continue to play consistently and aggressively as they have been in their last 13 games.

I mean, one regulation loss in the last 13 games? 11 straight games with points? That is incredibly impressive considering at some point this season, they were coming off a 10-game losing streak, and were at the bottom of the division.

Additionally, it’s time we take a look at the trophy watch for this season.  At this point of the season, three Flyers players have a really good shot at nabbing league trophies. Shayne Gostisbehere, a potential candidate for the Norris trophy is currently ranked in the top five for defensemen. Sean Couturier seems to be in the running for this year’s Selke Trophy, while Claude Giroux’s incredible bounce-back season has him eyeing the Hart Trophy.

Out of all those players, I think Giroux stealing the Hart Trophy seems the most likely. Yes, I know Nikita Kucherov of the Tampa Bay Lightning currently has the most points in the league (82), but Giroux is currently fourth in the league in points and has made a huge impact on the Flyers this season.

He will get a look at the Hart, but it may be difficult for him to obtain it with the way that Kucherov has been performing.

Travis Konecny is one player who I predicted at the beginning of the season to put up some big numbers. While he has not exactly lived up to those expectations, he has made an important impact on the Flyers’ first line with Sean Couturier and Claude Giroux.

We already knew that TK had the speed to be an NHL player and the talent. But January and February have been great months for him. He scored two important overtime goals to end January and continued his stellar play into February.

Since the start of 2018, TK has scored 11 goals to go along with 10 assists for 21 points. He is showing exactly why he belongs on the first line for the Flyers.

Can we talk about Nolan Patrick in this month of February? The kid certainly does not look like a rookie right now? Of course, his four-game goal scoring streak was snapped versus the Montreal Canadiens on Monday night.

But think about this; Patrick had a four-game goal scoring streak and scored some pretty impressive goals in that span, including his first ever power play goal. He has scored five of his nine goals this season in the month of February, and is showing absolutely no sign of slowing down.

He played well with Jake Voracek and Wayne Simmonds (who is currently on the IR with an injury for the next few weeks), but now gets the opportunity to play with Oskar Lindblom. It’s already evident that Lindblom and Patrick work extremely well together.

Aforementioned, Simmonds is out for a few weeks with an upper-body injury, but the Flyers are also without their two top goaltenders in Brian Elliott and Michal Neuvirth. Elliott was injured during a shootout against the Arizona Coyotes on Feb. 10. Neuvirth, on the other hand, came in and started up until the Rangers game on Feb. 18, where he was injured at the end of the first period.

Therefore, the Flyers acquired Red Wings backup goaltender Petr Mrazek in a trade, and currently have Alex Lyon playing as the backup. Both goaltenders have performed admirably in both Elliott and Neuvirth’s place.

Speaking of trades, the NHL trade deadline happened on Monday afternoon, and the Flyers were not part of any big trades. But they did pick up defenseman Johnny Oduya from the Ottawa Senators. In the process, they also lost defensemen Mark Alt to the Colorado Avalanche.

Looking forward to the last 19 games of the season, the Flyers have some stiff competition. In the next five games, they will face the Carolina Hurricanes, Tampa Bay Lightning, Carolina Panthers, Pittsburgh Penguins, and Boston Bruins.

Three out of those five teams are currently in playoff positions, while the remaining two teams are still pushing for wild card spots. It will be crucial for the Flyers to pick up wins against these opponents to keep their grip on a spot in the top three in the Metro and possibly hold a grip on the first place spot.

The biggest game out of those five, however? March 7 versus the Pittsburgh Penguins, not only for the large rivalry element, but a possible first place in the Metro battle could be on the line.

But for now, the Flyers will focus on the Carolina Hurricanes coming into their house on Thursday night. Let’s get ready for a wild ride.