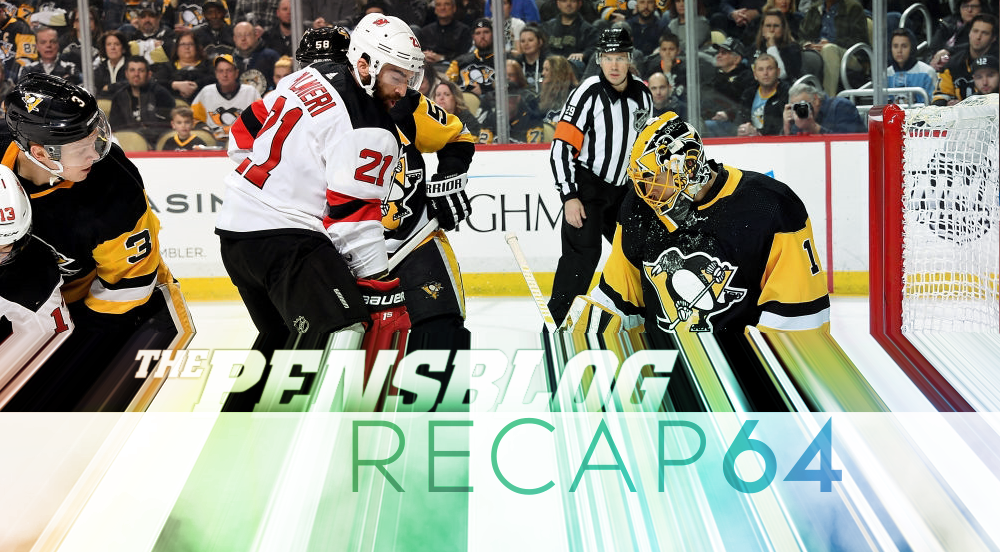 Prior to faceoff it was announced the Pengs extended the contract of the Swedish Viking Gladiator Patric Hornqvist:

Congratulations to Patric Hornqvist on a five-year contract extension with an AAV of $5.3 million. pic.twitter.com/7KllC801xH

There are haters and losers out there that will tell you this deal is too long or its two expensive. They’re wrong and dumb.

As our dearly departed Jesse Marshall pointed out – in the duration of this contract, there is:

Say what you will, and I have before, about role players being overpaid. This isn’t that. The acquisition of Patric Hornqvist was the first move that completely revived the Crosby-Malkin era. The analytics show it, when one of those two have Hornqvist on their line, the production goes up. He takes a beating night after night and does the things that you don’t notice during a game but add up over the course of an 82-game season and throughout 16 Stanley Cup Playoff victories. Patric Hornqvist is there when it counts.

Take it away Mike:

On to the game!

Derick Brassard made it through the State Department’s extreme vetting and was in attendance and in the lineup for this one.

Aston-Reese was replaced with Kuhnhackl, Murr diagnosed with a concussion so DeSmith started.

A little over four minutes in, Crosby would honor Hornqvist’s new contract by being an absolute animal in front of the paint and burying a Dumoulin rebound past Kinkaid.

John Hynes would challenge for interference, but the NHL Wheel of Goaltender Interference™️ landed on “good goal” 1-0 Guinos. Sidney Crosby would move up in the points race with a nice amount.

Just a couple of minutes after Sid’s goal, the newest member of the Evil Empire Derick Brassard realized he was no longer under the tutelage of rejected James Bond villain Guy Boucher and showed a little creativity.

Back-and-forth continued throughout the period and Jersey’s own Kyle Palmieri made no mistake off the rush.

When Evgeni Malkin is going – he’s the best player in the world, do not @ me. Despite not scoring on this effort, there are few players that can do this:

Throughout the rest of the first, Geno would continue his torrid pace getting five shots on net, equal with Sid. Penguins had 17 shot attempts to the Devils 13, but an astounding 10 of those 17 were high danger.

Former Peng Love Benjoy found himself in the box to start the second, but nothing doing on that one. I just wanted to say Love Benjoy.

Minutes after the power play, the Devils got their chance to convert with the man advantage, and Taylor Hall (who, you know would look really good on McDavid’s wing) gave the Devils the lead. Hall extends his point streak to 22, man what a turnaround for that guy.

To say the Penguins played like a flaming tire fire in this period would be a devastating insult to flaming tire fires across this country. Everything was disjointed. The Penguins couldn’t complete a pass while the Devils absolutely dominated possession in the second.

So, with that in mind, as we all predicted, Jake-N-Bake threw a pass in front and found Matt Hunwick, tying the game despite a dominant period by New Jersey.

Has Hunwick been underwhelming this season? That’s pretty safe to say, but there’s something to be said when a player is struggling and his GM gives him a public vote of confidence the way Big Jim did after the deadline.

That’s where we’d finish. Devils got the better of the shot attempts 13-7, 5 of those coming from high danger areas.

The final frame started slowly and it had the feel of a usual Pens vs. Devils game. Then a Dr. Andre Noesen would put a deflection past DeSmith. Seeing-eye puck.

The rest of the third played out as you would expect from a Devils team. Little space, less pace. The Devils, sans timeout, iced the puck seemingly unlimited times.

Just over a minute remaining, DeSmith headed off the sixth skater and credit to Jersey, they packed the middle of the ice as well they could and clogged the shooting lanes.

-No two ways about it, Sheary has been bad lately. Whether it’s some combination of bad luck or what, he can’t finish and he seems to be a step behind. Realistically, probably time for HBK 2.0. Was it the name change? Makes you think.

-Mackey with a solid point:

Penguins have a ton of offensive talent. Right now fitting the puzzle pieces together the proper way is providing an interesting challenge.

My unasked for opinion, Rowney to the press box, ZAR back in the lineup and that’s your forward group.

-Shot attempts ended fairly even, 34-33 for NJ with a 15-12 advantage in high danger chances. Devils capitalized on one more than the Pengs.

-The Metro is hands down the best division in the National Hockey League. Pittsburgh and Washington are obviously still the class, but CBJ is competitive regardless of being the little brother, Islanders are putting together a nice little corps assuming Tavares returns, NJ is looking like they’ll be right there, Philly is better than expected and the Rags are putting the wheels in motion for an on-the-fly rebuild. Still leaves Carolina who seems to be doing all the right things, but we’ll see.