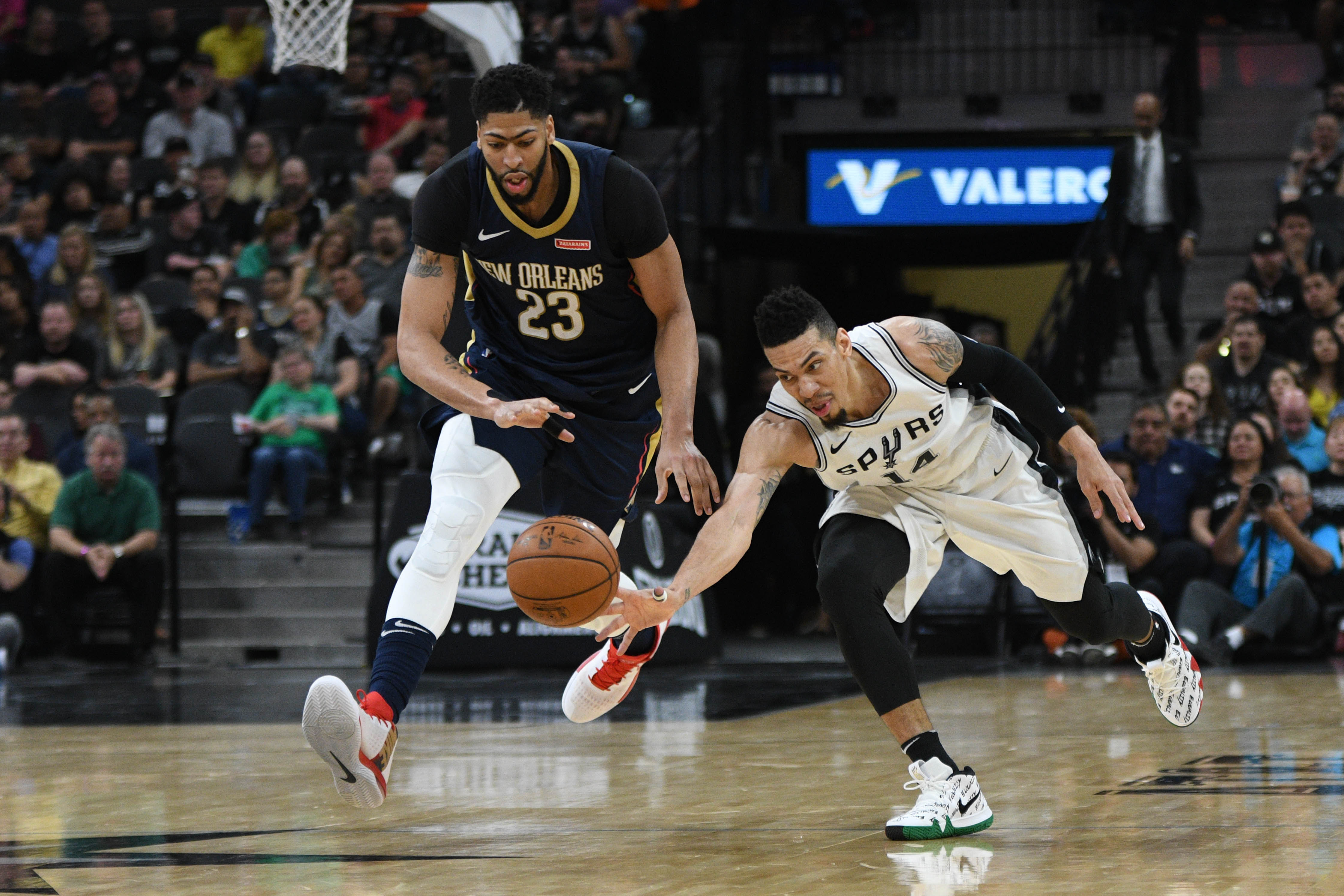 San Antonio,TX- The New Orleans Pelicans traveled to San Antonio to battle the Spurs. The Pells starting their first of a four game road trip with San Antonio, who are a game ahead of New Orleans in the West Playoff Race. New Orleans feeling good riding a 6 game winning streak looking to make it 7 in a row.

The Spurs came out and shot 52% from the field in the first half versus the New Orleans 46%. The Pells trailed by 9 at the end of the 2nd quarter largely due to the turnovers (7) which the Spurs converted into 9 points. The Spurs guard Manu Ginobili led San Antonio with 13 points early while Jrue Holiday put up 13 for New Orleans who trailed 51-60. The Pelicans didn’t have to deal with LaMarcus Aldridge who sprained his ankle in the 1st quarter. Aldridge was hot early with 8 points in 13 minutes then it appeared he stepped on Rondo’s foot that removed the former Allstar out of the game.

The start of the 3rd was eventful as Coach Greg Popovich was over aggressive in arguing a inbound pass, he yelled something at the refs that got him a double technical ejection. Despite those huge losses the Spurs still continued to take advantage of the Pelicans turnovers, bad defense & missed scoring attempts to stay close. The Pelicans won the 3rd quarter again 36-35 & then proceeded to take the lead in the fourth. Anthony Davis reminded us of his greatness once again snatching a key rebound after Jrue Holiday missed two clutch free throw attempts. Davis then went to the line and knocked down two big free throws then later on secure a huge rebound to seal the game.

The Bench produced 40 points to contribute to this win & Al Gentry once again made the necessary second half adjustments. Etwaun Moore finally broke out of his slump scored 17 points & played some key defense. The Pelicans shot 50.5% from the field & beat the Spurs in the paint 68-58 to win the game 121-116.

New Orleans (35-26) have won 7 in a row plus defeated the Spurs in San Antonio for the first time since the 2014 season. The Pells currently sit in the 5 spot in the Western Conference Playoff Race and have the 2nd longest winning streak (7 games) in the NBA behind the Rockets (13 games).

The Pelicans now move on to Dallas to face the Mavericks (19-43) on Sunday night, the 2nd of a 4 game road trip. The team is playing at an all-time high level, despite the many miscues they find a way to win games.

Holiday & Davis have been outstanding coupled with key role players the Pells are flying high. There is no reason to think that the team can’t continue winning against a struggling Maverick club whose owner was fined for making tanking comments. The Pelicans are 1-1 verses the Mavericks this season.