Your Morning Dump... Where the Celtics have flipped the switch in the 2nd quarter 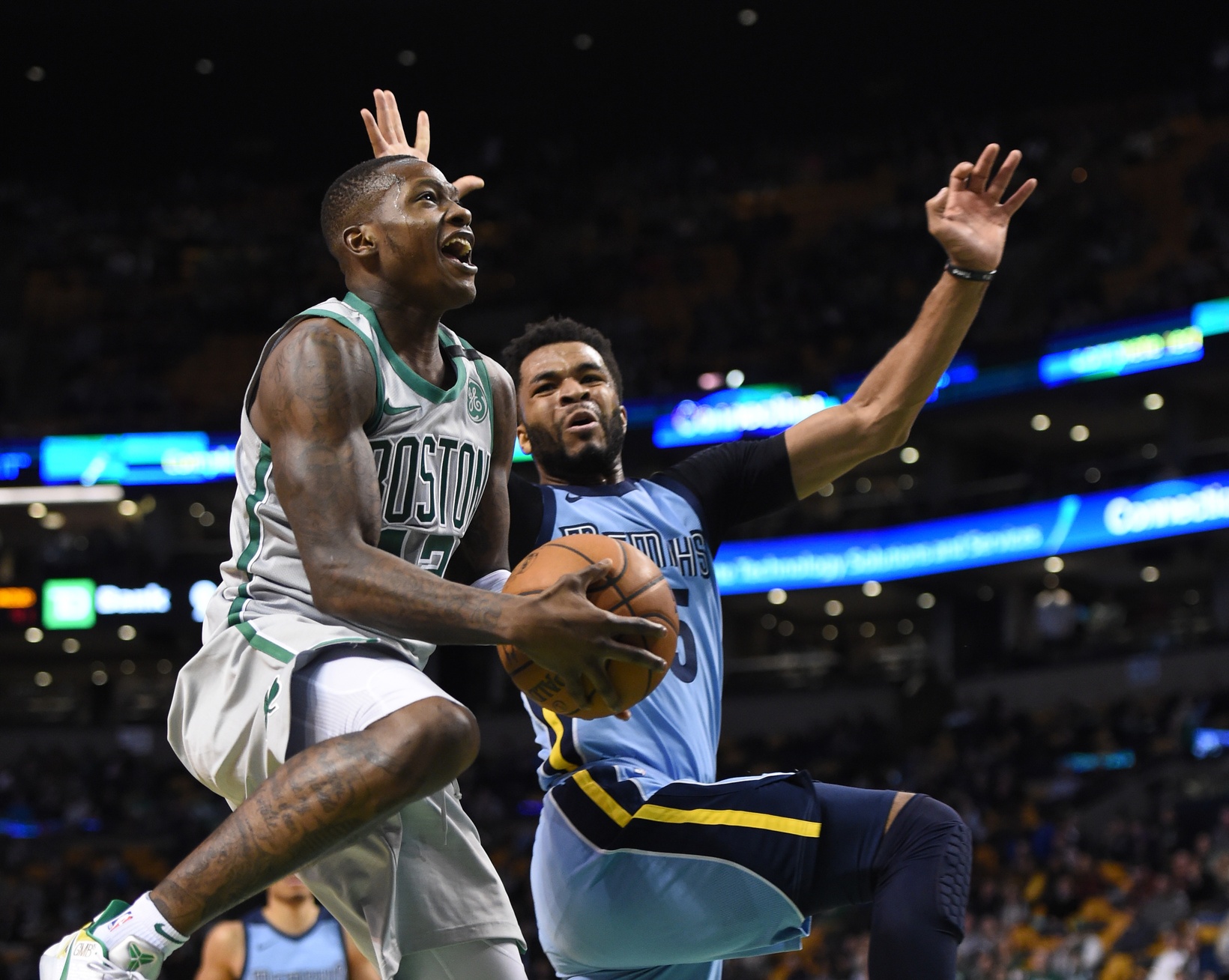 Your Morning Dump... Where the Celtics have flipped the switch in the 2nd quarter

The fact that Boston (43-19) has put together good games against sub-.500 teams isn’t all that surprising, but the second quarter being the initiator of those surges? Totally unexpected, especially considering how bad Boston has been this season by and large in the second quarter.

Against Memphis, Boston’s bench scored 52 points. In the three games after the all-star break, Boston’s backups are averaging 45.7 points, which ranks fourth in the NBA during that span according to Hoops Stats.

Those numbers are phenomenal. Unsustainable, but phenomenal nonetheless.

These stats inspired me to have a look at the Celtics offense (and league rank) by quarters:

Not surprised that a team with a habit for comebacks is putting up its best numbers in the 4th quarter. The Celtics bench is averaging 33 ppg (21st) on 40% FG (30th) on the season. I’m surprised the shooting percentage is that high with Marcus Smart and Semi Ojeleye on the floor.

While Greg Monroe finds himself in this offense, Terry Rozier remains the best offensive option on the 2nd unit.

Since Irving’s return, Rozier has avoided sliding back to those pre-starter days. He’s scored in double figures in all eight of those games, shooting 46.3 percent from beyond the 3-point line. He’s playing the game more the way he wants. Of greater importance is that it’s the way the Celtics need.

“We’re just going out there trying to fly around and be the hardest-playing team,” Rozier said. “It’s great to have a guy like Smart back. He makes it so easy for you on the floor because he’s everywhere. You know, he’s talking. He’s a leader. It definitely picked our pace up when he came back.”

When it was mentioned that Smart is, in the best sense of the word, sort of a lunatic, Rozier said, “One lunatic brings out another lunatic. We’ve been playing with each other since I first got in this organization at summer league, and I’ve been saying since then that he makes your job easier. He makes you play harder and pick up your pace. He’s great. He’s a winner.”

Rozier is shooting 39.5 % on the season. Am I crazy to say it feels like he’s a better shooter than that?

On Page 2, might the Celtics be adding another player?

Thursday is the final day NBA teams can waive or reach buyouts with players so those players can be eligible for playoff rosters, giving the Celtics reasons to examine the market closely as they consider one final move for the stretch run.

Such a move is unlikely. The Celtics already have a 15-man roster and would have to waive one of their players to make such a move.

The lingering question is the health of Gordon Hayward. He fractured his left tibia and dislocated his left ankle five minutes into the season and the team has continually said it does not expect him to return this season. Hayward is walking normally, working out, and going through his rehabilitation program.

The Celtics do not want to place any pressure on Hayward to return this season when he has three more years left on his contract and essentially the same team will return next season. Still, the questions linger about Hayward because he continues to progress.

“I think we’ll all know, Gordon will know, we’ll all know when he’s ready to come back and we’ll certainly not be putting any pressure on him to come back,” Ainge said. “We’re taking our team and we want him healthy for the long term.

I’ve been holding out hope that Gordon Hayward would return – as a bench player – for the final 2 weeks of the season and playoffs. But I’m starting to waver.

We’ve seen him progress – shooting from a chair, ditching the boot, swimming, stand-up jumpers – but there hasn’t been any revelations lately. I might change my mind if video of him running or jumping surfaces soon.

The Ringer: Reconsidering the Celtics