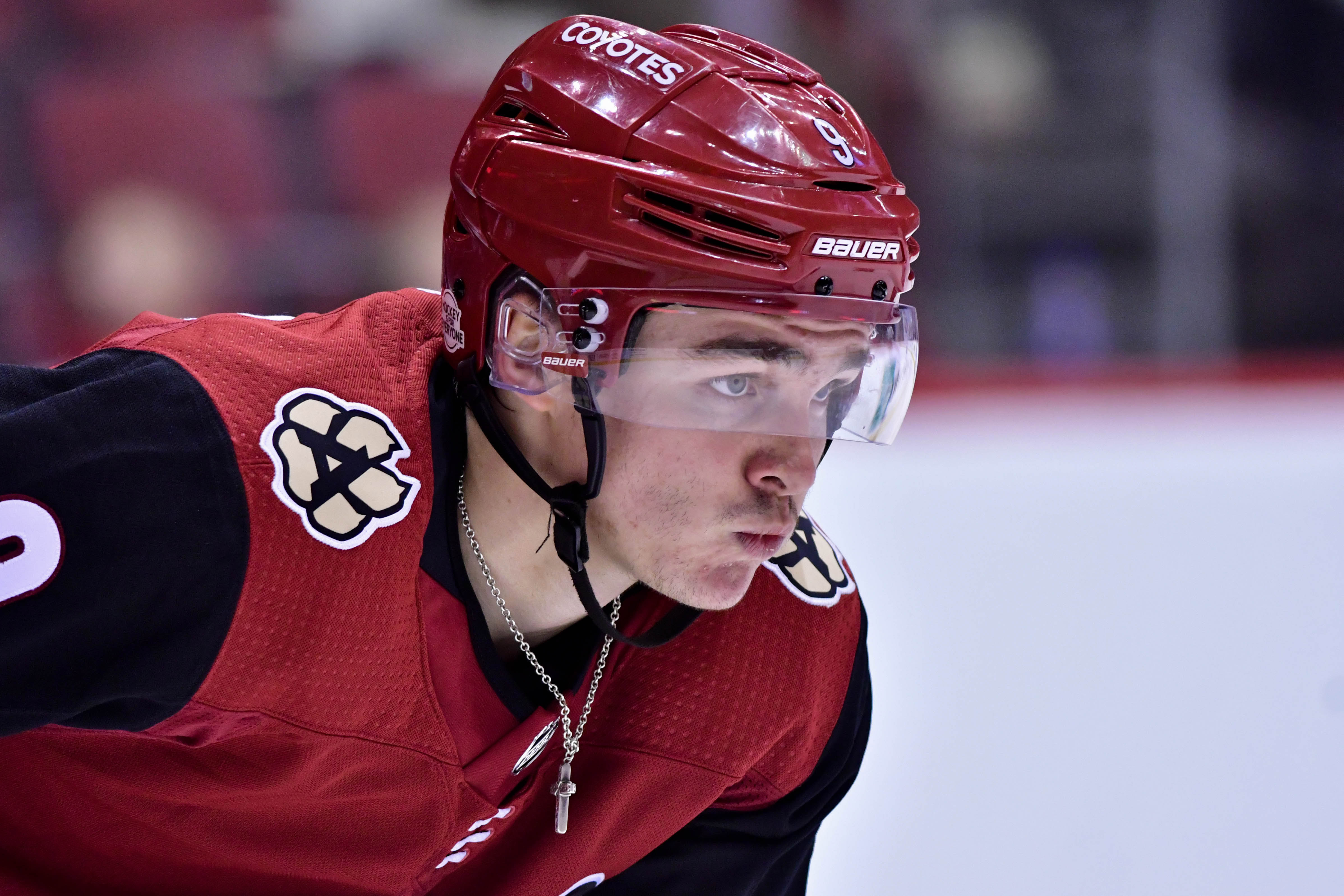 *- includes stats from when Kuemper was with the LA Kings

As the old saying goes, revenge is a dish best served cold. I’ve never quite understood the reference, so I had to do a bit a research. The “cold” part apparently refers to the fact, to get true revenge, it’s best to wait a bit to get payback so that the person you’re trying to serve the revenge to is caught unaware. When it comes to the history of the saying, it’s pretty murky. For those of us living in the 21st Century, we would think that it’s been around for a long time. Many would think that the words would come from someone like William Shakespeare, but it appears that it doesn’t have its origins in Tudor (or Elizabethan) England. Shakespeare often talked about revenge and food (often in the same plays), but it appears he is not the originator. Sir Francis Bacon coined many phrases about revenge, but he too doesn’t seem to be the originator. It also doesn’t come from the 1782 French novel, Les Liaisons Dangereuses, even though many web searches will claim that it does. It quotes a line supposedly from the novel, but it simply doesn’t exist. The first time we see comes close to this quote is the 1846 novel Memoirs of Matilda. However, within the section of this novel there is the following line:

And then revenge is very good eaten cold, as the vulgar say.

In both the original French and the translation, the part about revenge was already italicized, which in literature means that the line was already in use before Eugène Sue penned them. So it appears that it’s one of those classic lines that as of now has no obvious origination. Regardless of who originally came up with the saying, it’s one of those that will hang around forever, and it remains true.

Tonight is time for the Wild to get revenge. Although I would say it’s a bit odd to go to the desert to serve up some cold food. Sure, we’ll be in a hockey arena, and in general ice means cold. But still, we’re in Arizona, in the desert. Also, we’ll be in an area of the country where spicier food can be found. But regardless of the temperature of the air or the food, it’s time for the Wild to get their revenge. This bitterness stems back to February 8th. Remember that horrid game? Remember that around the mid-point of the game, they were up 3-0 on the worst team in the NHL? All of us were feeling pretty good, and then to lose that game 4-3 in overtime was tough to swallow. That loss still pisses me off. Sure they rebounded with a 3-0 win in Chicago, but until the Wild headed out on their Metropolitan Division road trip, it was still back and forth as far as the results. There was a win against the Rangers and then losses to the Capitals and Ducks. But now, we’re looking at a Wild team with a five-game winning streak. The Coyotes are entering this game after last playing in a 3-1 loss to Vancouver on February 25th. They’re most likely coming in well rested and healed up from any bumps and bruises. The other scary part about this, is looking at Arizona’s record in the last ten games. Sure, they’re the worst team in the league, but in their last 10 games, they’re sporting a 6-3-1 record. When you’re the worst team in the league and there’s no chance of getting into the playoff picture, it doesn’t hurt to play for the sake of pride. When you have nothing to lose, you play to make life miserable for your opposition.

Right now, the Wild are in third place in the Central Division, and more importantly, are three points ahead of Dallas. Looking at the standings, the Wild are only four points behind the Winnipeg Jets. This is the time to gain on the teams ahead of them. Considering that the Wild have no more games against Winnipeg, they don’t have that kind of four-point swing facing them. Now is the time to take advantage of teams like the Coyotes because the rest of the season is going to be tough. Tonight is one of five back-to-back games. It is also one of four back-to-back series that are on the road. Of the remaining schedule, there are two games each against Nashville, Dallas, Edmonton, Los Angeles, and Colorado. So as you can see, there is going to be a lot of travel and a lot of competition. So yes, take the points where you can get them. It is not going to be an easy finish to the season. While the Eric Staal, Jason Zucker, and Mikael Granlund line has been red hot lately, if this team wants to continuing gaining on Winnipeg (or at least stay ahead of Dallas), this team needs other player scoring as well. Yes, I’m looking at you Mikko Koivu and Zach Parise, because 10 and 3 goals respectively isn’t good enough. And let’s not even start with Nino Niederreiter.

As far as revenge being a dish best served cold, well Arizona, I have the best dish to serve that purpose: