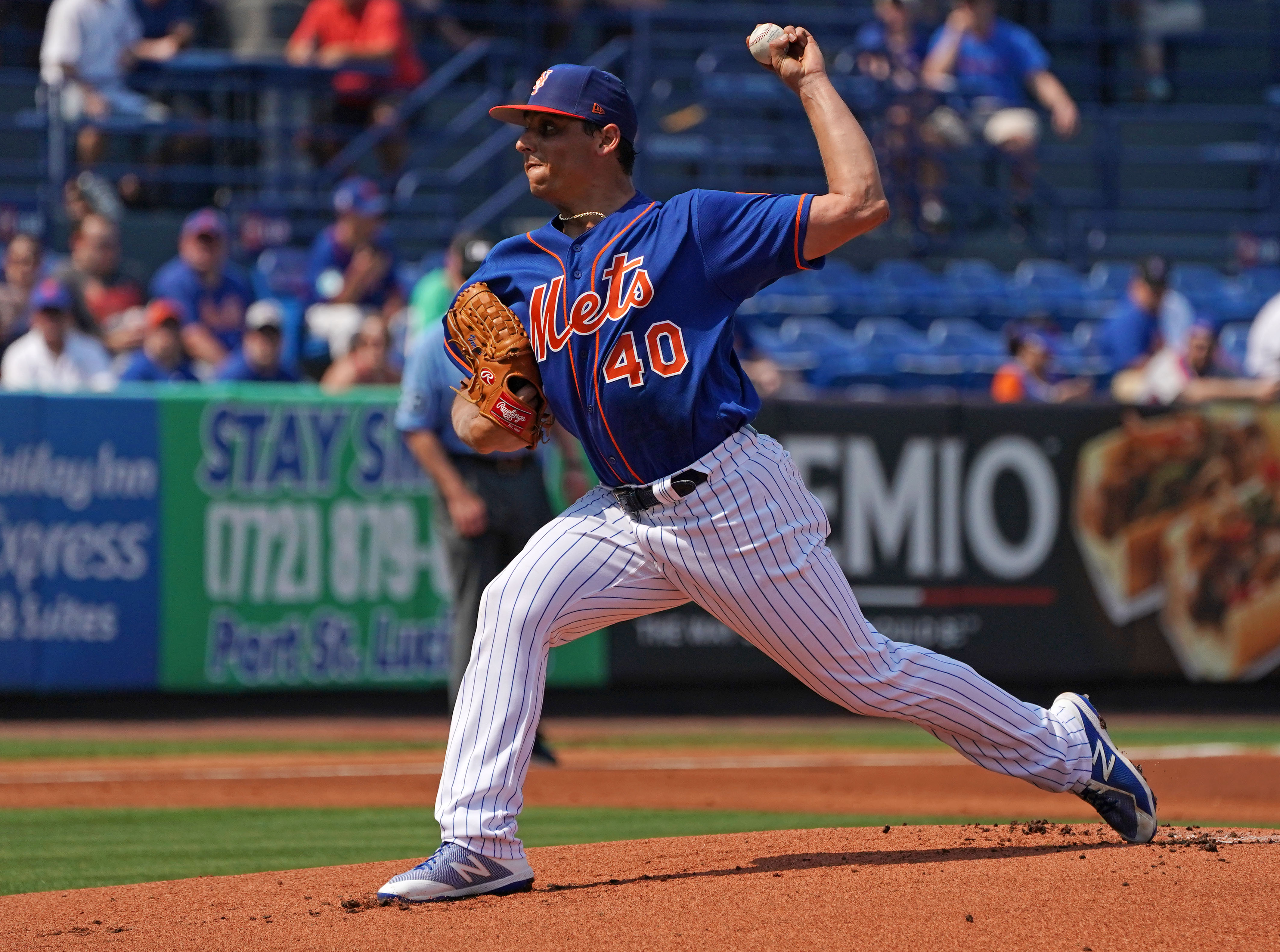 The New York Mets lost to the Miami Marlins 3-2 today, but they have to be feeling positive about the game thanks to some strong work from two key members of their pitching staff. Jason Vargas made his Mets’ debut today, drawing the start and allowing one run on three hits in two innings of work. The damage against Vargas came in the second, when former Yankee Garrett Cooper tagged him for a solo homer. The Mets then turned to their main relievers after Vargas departed, with Jeurys Familia, Jerry Blevins, and A.J. Ramos the next three in. Familia and Blevins worked clean innings, but Ramos gave up an RBI single to Braxton Lee. Seth Lugo worked the next three innings, allowing one run on two hits while he struck out three. Former Met Eric Campbell ended up producing the game winner as he stroked an RBI double off Lugo in the eighth.

Offensively, the Mets saw Yoenis Cespedes return to the lineup this afternoon after missing a few games with shoulder soreness. Cespedes went 0 for 3, but the Mets were able to send out a lineup with five projected starters in it. Todd Frazier picked up an RBI with a sacrifice fly in the first inning, but the Mets wouldn’t score again until Phillip Evans hit a solo homer in the seventh. The other notable offensive performance came from catcher Kevin Plawecki, who went 2 for 2 before giving way to Patrick Mazeika late in the contest.

The Mets will be back in action tomorrow as they play their first split squad games of the spring. Rafael Montero is scheduled to start for the homestanding Mets, who face the Washington Nationals at 1:10 pm. Robert Gsellman will start for the traveling Mets, who will face the Houston Astros at 6:05 pm in West Palm Beach.