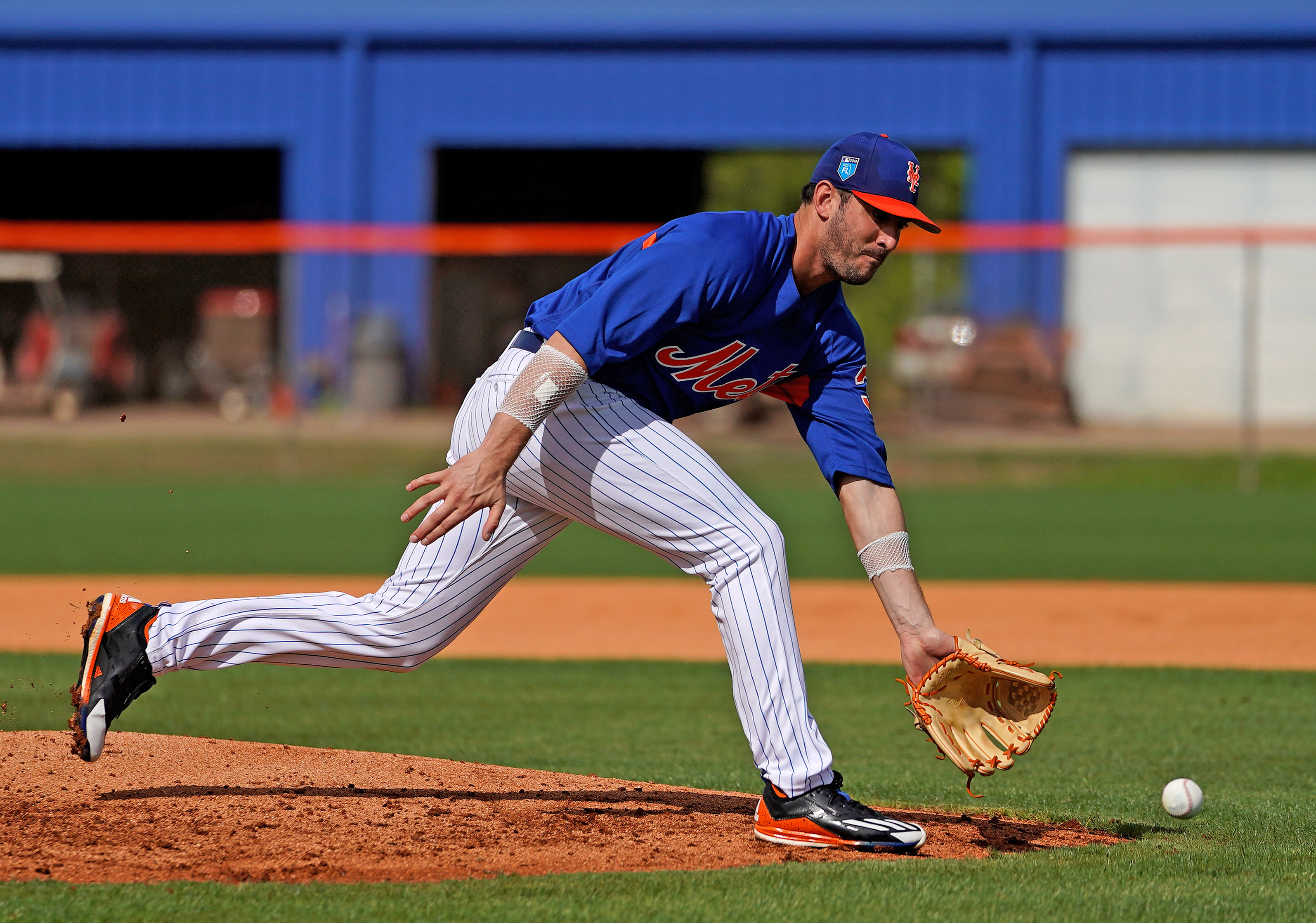 You may not see Matt Harvey as the ace of the staff anymore. You probably haven’t seen him as the ace for a good few years now. And that’s okay. But make no mistake: Matt Harvey’s every step and every pitch will be scrutinized as if he is the ace.

Of course, it doesn’t help that Mickey Callaway reacts to Harvey’s first 38 pitches of the spring against the Braves on Wednesday by saying he has that “extra gear“, which will fuel any fire. But Harvey has always had spring debuts that have probably gotten too much attention. In 2015, it was hitting 99 on the gun right out of TJ rehab. In 2016, it was entering a season without an innings limit and without off the field issues. In 2017, it was recovering from thoracic outlet syndrome. All of those debuts, including Wednesday’s debut, featured renewed optimism and fastballs of at least 96 mph. They also featured the “extra gear” of hope that usually comes attached to Harvey. This season, Harvey becomes the most scrutinized afterthought in the league. If not for what he can provide to the team, then for how he can save his once promising career.

This was Dontrelle Willis last September:

Done. On an island without Bud Light. That should tell you how important a season this is for Matt Harvey. But it’s just the latest in a long line of important seasons which have been kicked off with way too important spring training debuts that you probably forgot about by now. A long line of important seasons for a player who will most likely be the latest in a long line of home grown Mets who fall under the heading of “could’ve been”. Players who once could claim on any given day that they were the best player in baseball only to have their career slide down a hill. Some, like Doc Gooden and David Wright, slid down easy like they were at Sugarloaf. Harvey’s career looks more like the angle of Corbet’s Couloir.

Throwing mid-90s fastballs and high-80s sliders Wednesday, Harvey certainly looked the part — if nothing else, his past successes and $5.6 million salary skew the rotation battle in his favor. But there will always be uncertainty. No matter what Harvey does in February and March, the Mets can’t trust those results until he reprises them in the regular season.

That’s why spring debuts and extra gears are important. They give us the illusion that the slope isn’t so steep. When the season opens for real, we’ll find out where the story of Matt Harvey will end, in what will be his fourth straight most important season.