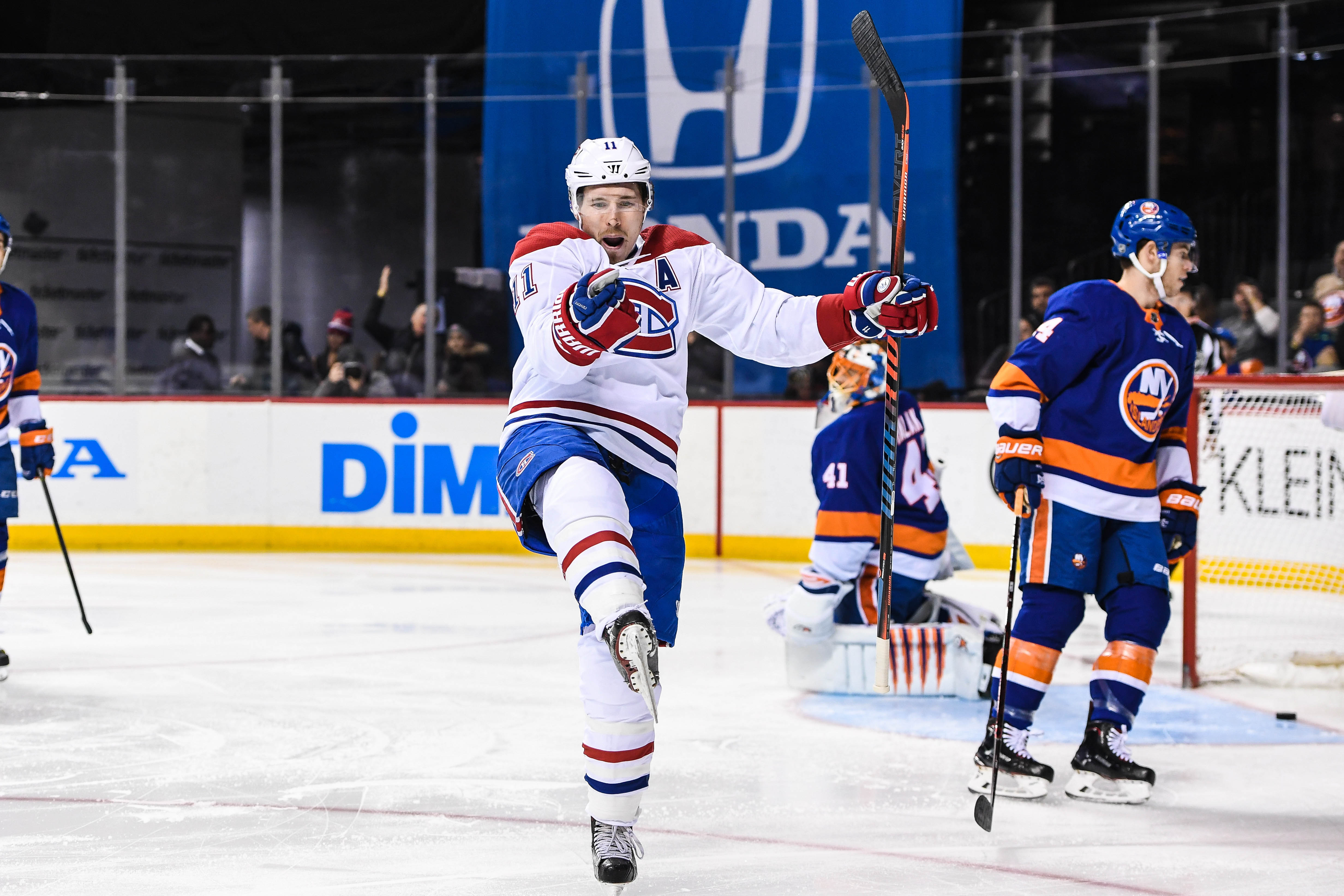 NEW YORK — The Islanders slide out of the playoffs continued on Friday night in Brooklyn.

After dropping the first leg of a home-and-home with the Montreal Canadiens, the Islanders followed it up with a 6-3 loss at the Barclays Center on a night they desperately needed a win. As if on a constant loop, a familiar story played out in front of the 10,685 fans that braved the Nor’easter that was striking the east coast.

The Islanders and Canadiens opened the third period tied at three, but goals from Paul Byron and Noah Juulsen 1:43 apart blew the game open and Alex Galchenyuk scored on the empty net to complete the hat-trick in the final minutes of the contest.

It was the Islanders seventh loss in their last 10 games and put their slim playoff hopes even further into question. The Carolina Hurricanes and Florida Panthers both were victorious moving them further in front of the Islanders in the wild card race.

“From 35 guys to coaches to players we have to be better,” Islanders head coach Doug Weight said. “It’s a clutch time of year. We need guys to be clutch. We need guys to put themselves into team situations where we do things better than the other teams. After the middle of the second, it didn’t feel like a playoff atmosphere. We weren’t physical like we had been.

“There’s things that we can do, but we have to play better. We’re not playing well.”

The game was the 18th time this season that the Islanders had surrendered at least five goals to an opponent.

It was a play behind the net by Brendan Gallagher that helped break a 3-3 tie at 8:10 of the third period. Gallagher was able to pick up the puck behind the Islanders net and went for a wraparound attempt.

Jaroslav Halak made the initial stop, but the rebound went right to Byron in the slot for the go-ahead goal.

Juulsen scored less than two minutes later for his first NHL goal and put the Canadiens up by two. Galchenyuk scored his third goal of the game – his first two both came in the second period – on an empty net with 49 seconds left in the game.

“We just gave them too many opportunities,” a monotone John Tavares said about the third period. “We didn’t capitalize on ours or generate enough.”

The frustration was palpable inside the Islanders dressing room after the latest loss. The Islanders had let two points in a winnable game slip away for the second game in a row.

The Islanders outshot the Canadiens 35-25 through the 60-minute affair, with Halak making 19 saves in the loss.

“The last three or four games, those were chances to get at least one probably two points every single time,” Thomas Hickey said. “To come up with zero is just unacceptable… You need to win those games. It’s that time of the year where everything goes out the window. It’s do you win or do you lose, and we lost. We can’t do it.

The Canadiens opened the scoring 88 seconds into the first period. Gallagher off a redirection from in front of the net for his 22nd  goal of the year.

Tanner Fritz evened the score at one with a late first-period goal with 5.6 seconds left in the first period. The goal was Fritz’s second NHL tally.

Galchenyuk scored his first of the game 2:17 into the second period to put the Canadiens back on top, but Josh Bailey quickly tied things back up just over two minutes later.

Galchenyuk added his second of the night at 10:31, but Brock Nelson scored another later period goal to tie things up heading into the second intermission.

“We felt like we knew we’d get the chances along the way,” Canadiens head coach Claude Julien said. “If you do your homework, they’re a team that’s given up the most goals. We had to try and manage their offense the best we could. We didn’t do a great job tonight, but we did a decent job.”