Islanders Pregame: Lineup may look different for Isles vs. Canadiens 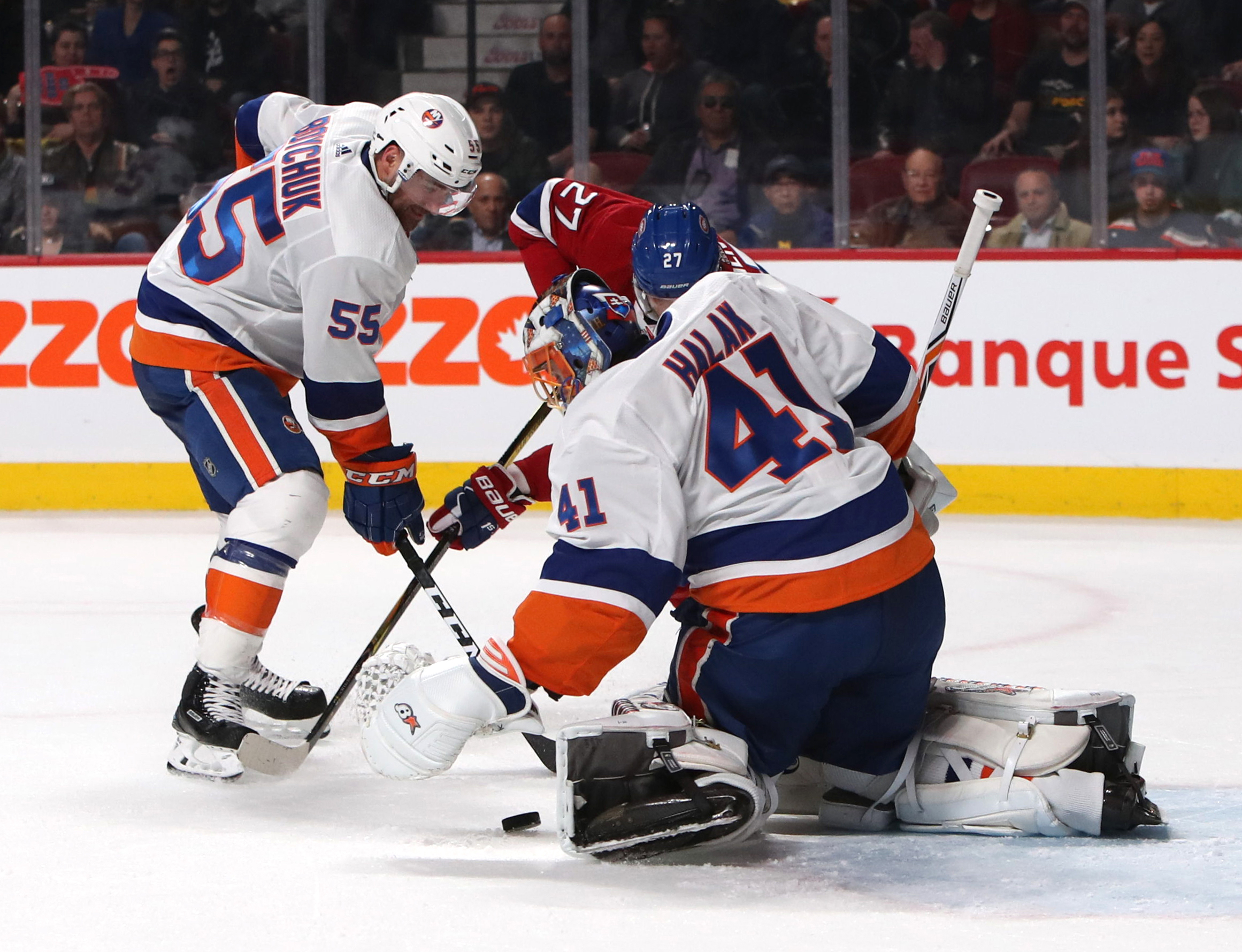 Islanders Pregame: Lineup may look different for Isles vs. Canadiens

The Least You Should Know About the Canadiens… Mike Reilly made his Canadians debut on Wednesday against the Islanders. The defenseman was acquired from the Minnesota Wild in a trade deadline deal on Monday… Montreal begins a six-game road trip that will start in New York and end in Columbus… Paul Byron, Jonathan Drouin and Nikita Scherbak scred for the Canadiens in Wednesday’s win over the Islanders.

EAST MEADOW, N.Y. — The Islanders’ lineup may look a little different tonight when they host the Montreal Canadiens for the final time during the 2017-18 season and finish off a home-and-home with them.

The Islanders lost the first leg of the series in Montreal, falling 3-1 despite being the better team for most of the contest on Wednesday. The loss coupled with wins by Carolina and Florida pushed the Islanders further down in the standings.

They remain four points out of the final wild card spot in the Eastern Conference.

New York will look for a better outcome tonight, but will do so potentially without two forwards in their lineup. Casey Cizikas and Jordan Eberle are both question marks as to whether or not they will play.

Eberle left practice on Wednesday with soreness, which appears to be still ailing him today, and Casey Cizikas was at the hospital awaiting the birth of his first child. With both players potentially missing the game, the Islanders lineup could take several forms tonight against Montreal.

And calling anyone up from Bridgeport might be tough to do with a Nor’easter hitting the east coast and the Sound Tigers in Canada.

“It might be seven D,” Islanders head coach Doug Weight said. “We’ll have to wait and see. I’d love to give you guys more. I just don’t know anything yet.”

Jaroslav Halak will start in net for the Islanders while rookie Charlie Lindgren will get the nod in goal for the Canadiens.

The Islanders find themselves in a precarious situation and in desperate need of a win. The three teams currently in front of them in the standings — Carolina, Florida and Columbus — are all in action tonight and another Islander loss coupled with wins by any number of those teams would push them further back from the postseason.

Wins have been hard come by for the Islanders, as has goal scoring. The team has been snakebitten lately and struggled to find the back of the net in their loss on Wednesday.

In an effort to shake things up, Weight juggled the lines in the middle of the 3-1 loss to Montreal on Wednesday and had the team practice with those new lines on Thursday during practice.

“It’s about winning,” Josh Bailey said about the shuffled lines. “I think we’re all on board with whatever is going to work to get the wins is what we need to do. I think everyone will be ready to come out with their best effort tonight.”