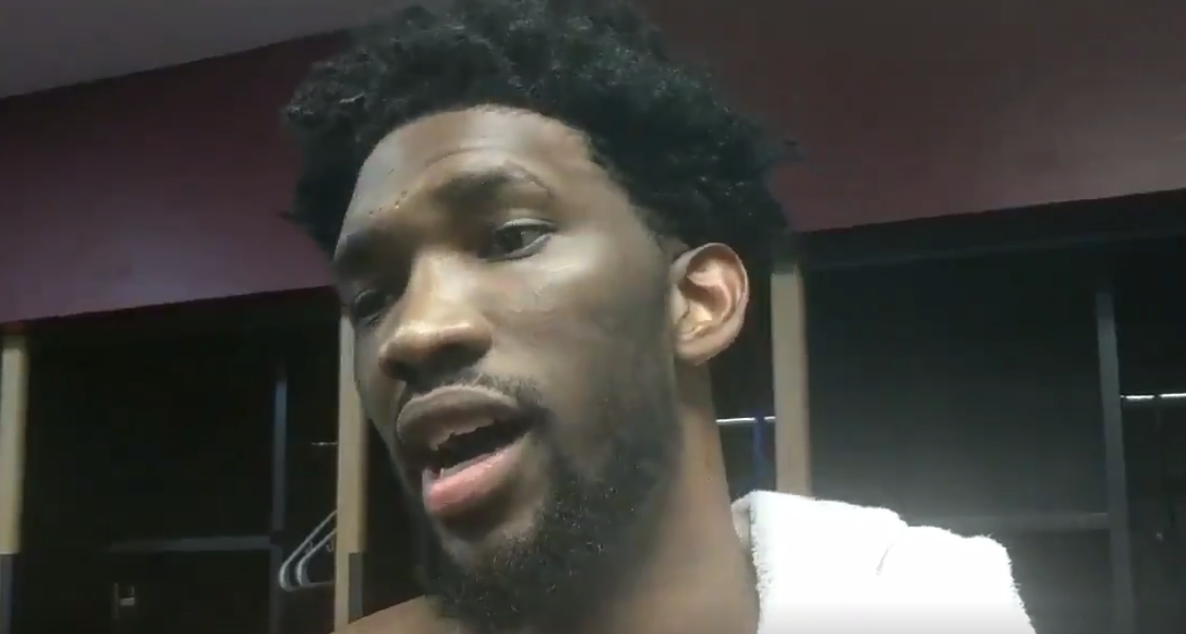 Sixers big man Joel Embiid is outspoken on and off the court, and he’s been seen doing gestures during games that his opponents don’t really appreciate. Embiid’s reputation for his on-court antics has resulted in opposing fans attempting to get under his skin, which was the case during Thursday’s game against the Cavs.

A Cavs fan at Quicken Loans Arena apparently had been heckling Embiid throughout the game, and the Sixers’ seven-footer shut him up by draining a fadeaway jumper to essentially seal the win late in the contest. Not only that, he let the fan know about it afterward by pointing at him.

Embiid first buries the Cavs, then a courtside heckler pic.twitter.com/cbTYyEvnQk

Embiid was asked about the sequence of events by reporters after the game, and he compared himself to a player who had one of the most lethal fadeaway jumpers we’ve ver seen.

“I felt like Kobe,” Embiid said with a smile.

It’s hard to blame him, as that stroke was sweet, and the shot touched nothing but net.