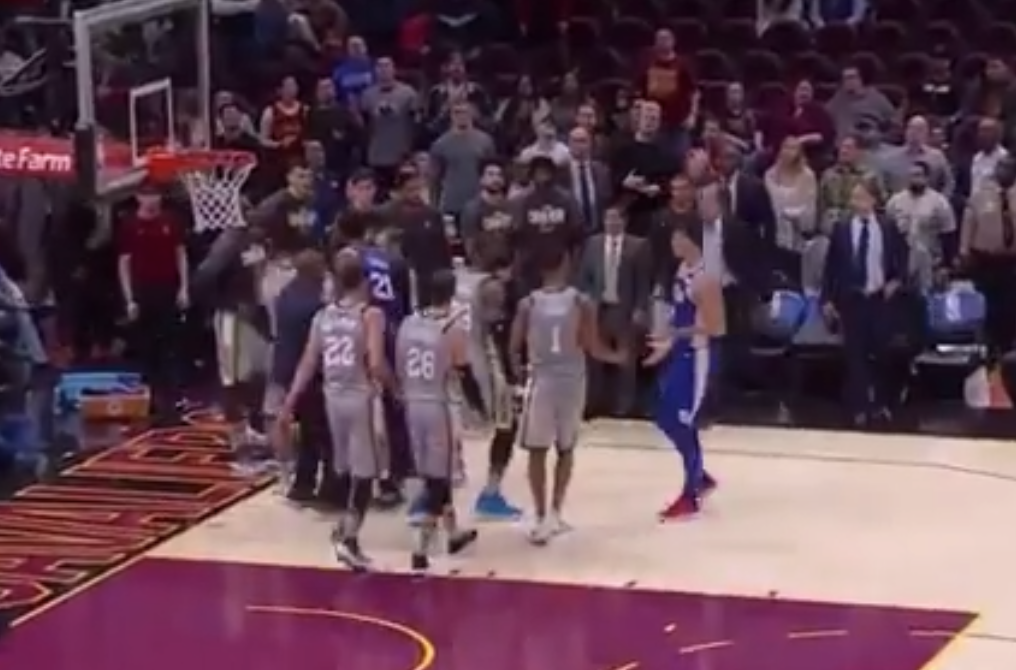 Dario Saric had the option of dribbling the ball to close out Thursday’s game against the Cavaliers, but he chose to pad his stats instead.

The Sixers were enjoying a 105-97 lead with roughly 15 seconds remaining, when Saric attempted to drive the line and dunked the ball home — rather than just letting the game clock’s final ticks expire.

Saric running up the score didn’t go over well with the Cavs players, as Jordan Clarkson responded by throwing the ball at him afterward. It hit Saric in the back, and a brief skirmish broke out, with LeBron James having some words with the Sixers forward as well.

Clarkson was ejected from the game, and he might want to control his emotions a bit better next time. Or, he and his teammates could try playing defense for the full 48 minutes of game time.