The Colorado Rockies' Offense Is Full of Questions 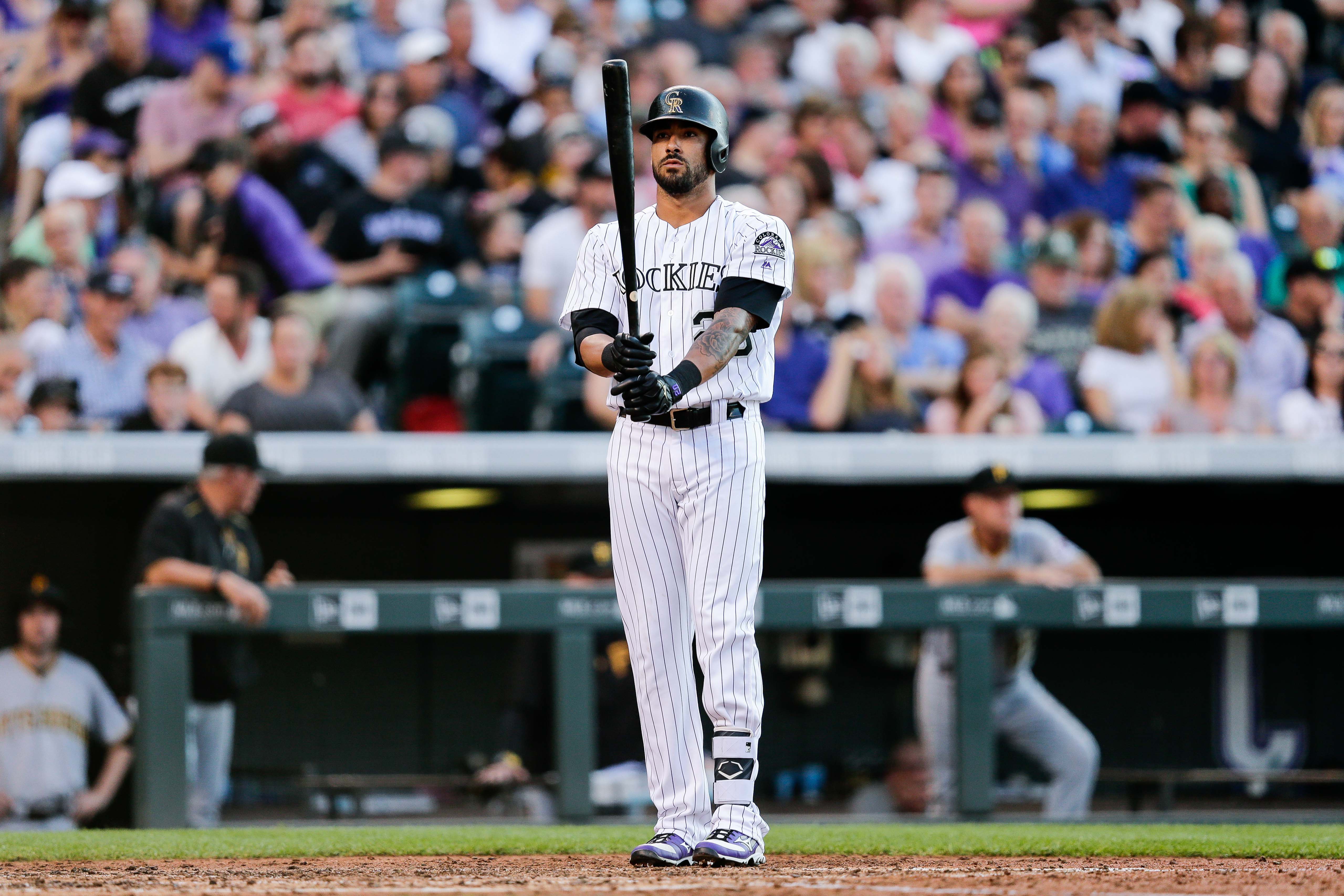 The Colorado Rockies' Offense Is Full of Questions

The 2017 season was a significant one for the Colorado Rockies. After years of losing, the organization enjoyed its first winning record since 2010 and first postseason appearance since 2009.

The pitching staff was a big reason why Colorado experienced this success, too. No additions were made to a mostly young starting rotation this past winter, but the front office went ham on their bullpen by adding Wade Davis and Bryan Shaw, along with re-signing Jake McGee.

However, one area they haven’t made any investments in — outside of signing catcher Chris Iannetta — is their offense, which wasn’t that great last year.

Not What We Thought They’d Be

Whenever the Rockies are mentioned, one of our first thoughts involves their offense. After all, Coors Field has consistently been one of the most hitter-friendly parks in baseball since the organization was formed. But outside of huge seasons from Charlie Blackmon and Nolan Arenado, this offensive unit was below average.

Colorado compiled a .781 OPS and .332 wOBA as a squad in 2017, which are both healthy marks that each ranked within the top five in all of baseball, but their team wRC+ of 87 told a much different story. It was one of the league’s worst marks, only outpacing three other offensively-challenged clubs in the Pittsburgh Pirates, San Diego Padres, and San Francisco Giants.

Value at the Top, Questions at the Bottom

There’s still plenty of time before we find out how manager Bud Black will construct his lineup, but there’s a good chance it’ll be awfully unbalanced. Below is what a projected lineup could look like, per Roster Resource, with the number of plate appearances each player received last year, along with the wOBA and wRC+ they produced.

Since Ryan McMahon only had 24 big league plate appearances in 2017, we’re using his numbers from Triple-A.

As we can see, Blackmon and Arenado are the only two returning Rockies that were above-average offensive players in the big leagues last season. LeMahieu came in just under this benchmark following a 2016 campaign that included the National League batting title, but his most important job is to get on base — especially if he finds himself in the above lineup spot again this year.

If no further additions are made, McMahon does have the makings of a breakout player based off his recent minor-league production, fast start to Spring Training, and getting a chance to hit at Coors Field. However, for a team that has postseason aspirations to have this many questions — despite a number of viable and cheap options available via free agency throughout the winter — they shouldn’t be banking on a breakout from a position that’s typically been crucial for offense.

David Dahl could also be seen as a potential upgrade over Gerardo Parra in left field. He did perform capably as a rookie in 2016 (113 wRC+ and 1.3 fWAR in 237 plate appearances), but he’s also no sure thing, especially after missing all of last season with an injury.

When looking at this particular lineup configuration, it’s not hard to see that this group’s overall offensive production could hinge on how Trevor Story and Ian Desmond bounce back from equally tough seasons.

The biggest thing for Story heading into 2018 is to find some level of consistency. What we can potentially hold our hat onto — and what the Rockies are probably hoping — is that while his overall production didn’t see an overly dramatic boost between the first and second half, his batted-ball profile was much more in line with his 2016 performance.

Here’s a look at how each segment of his 2017 season compares to what he did as a rookie.

We talk about the benefits of hitting more fly balls often, but we rarely talk about the impact of doing it too much. Story’s first-half infield-fly rate would’ve been a top-20 mark in baseball had it held up for the entire year. And if you’re popping up too many pitches, you’re also not hitting the ball very hard. Finding success without generating hard contact very often is rather difficult.

On the other hand, Desmond needs to stop hitting so many ground balls. After rebounding with the Texas Rangers in 2016, it was easy to think his offensive production would benefit from taking his talents to Coors. That’s impossible to do with a 62.7% ground-ball rate, though, which was easily the highest among hitters with at least 300 plate appearances.

Desmond has always been heavy on ground balls (51.4% career rate), but it doesn’t help when that’s accompanied by a career-low 20.8% fly-ball rate (fifth-lowest among the same group of hitters) and a 27.1% hard-hit rate that hasn’t been that low since 2011.

Obviously, fracturing his left hand last spring not only delayed the start of his season, but it could’ve had lingering effects on his swing throughout the year. With a full winter to strengthen it, there’s hope he can at least rebound from a dreadful first season in Colorado.

And judging from the Rockies’ lack of action with regard to improving the offense, they’re really going to need these two to take a step forward.

When looking at their roster as a whole, the Rockies are certainly playoff contenders in 2018. But with what should be a solid rotation and an upgraded bullpen, the team looks incomplete on offense.

With Lucas Duda agreeing to a deal with the Kansas City Royals on Wednesday, Mark Reynolds — who they clearly don’t want to bring back — is the only legit option at first base left via free agency after Danny Valencia and Adam Lind reportedly agreed to separate minor-league deals Friday. Despite a mostly poor 2017 himself, outfielder Carlos Gonzalez remains available, and Arenado recently mentioned how Colorado misses his clubhouse presence.

So, it’s not as if there are no more options available to choose from (thanks to the slow free-agent market). The question is whether or not the front office decides to make any further additions in advance of Opening Day.

The Rockies’ window to compete with this current group is open right now, and it’s not going to stay that way for very long. Blackmon, LeMahieu, and Arenado will continue to get more expensive, and only Arenado is controlled past this year (he’s set to hit free agency following 2019).

Getting bounce-back performances from a few players could change everything once the regular season rolls around, but that’s certainly a risky strategy when considering all the opportunities they passed on to this point. They already have a tall task ahead of them by being in what should be a deep and very competitive National League West division, and it doesn’t seem like they’re doing themselves any favors, either.