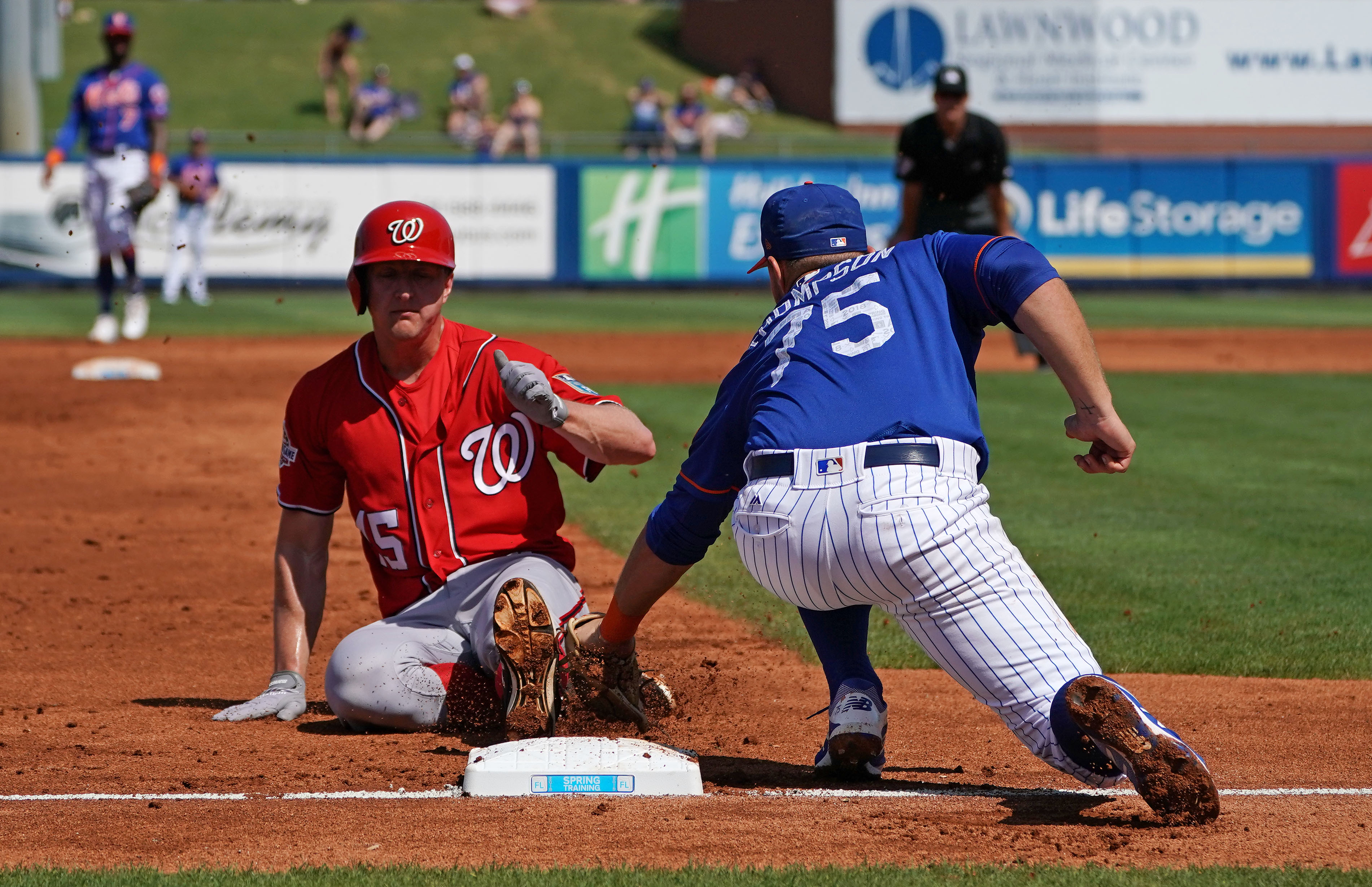 The New York Mets’ first split squad games are in the books, and they failed to secure a win in either contest. The afternoon game, which was at home, resulted in a 2-1 loss to the Washington Nationals. Rafael Montero started for the Mets and was touched up in the first for an RBI double by Howie Kendrick. That would be all the offense the Nationals would muster off Montero, who allowed the one run on two hits in two innings of work. The Nationals grabbed another run in the seventh, when Nationals’ prospect Victor Robles launched a solo homer off of Marcos Molina.

Offensively, the Mets couldn’t do much against the Nationals’ pitching staff, although they only had three regulars in the starting lineup against Max Scherzer. Scherzer worked three perfect innings and struck out five in the process. The only Mets’ offense came in the ninth inning, when Gavin Cecchini picked up his second homer of the spring off of Chris Smith. Tim Tebow also picked up one of the few Mets’ hits on the day, singling against Nationals’ prospect Erick Fedde.

The Mets fared a bit better in their night game against the Houston Astros, which resulted in a 7-7 tie. Robert Gsellman started for the traveling Mets and was hit hard, giving up three runs on four hits in three innings of work. Corey Oswalt followed Gsellman and didn’t fare much better, giving up a two run homer to George Springer in the fifth.

The Mets fared better offensively, scoring seven runs without the use of the long ball. Brandon Nimmo had a solid day out of the leadoff spot, going 2 for 3 with two runs scored and an RBI. Luis Guillorme drove in three runs while Travis d’Arnaud went 2 for 2 with a run scored. The Mets had a chance at a win, entering the bottom of the ninth with a 7-6 lead, but Kevin McGowan blew the save by giving up a leadoff homer to Jack Mayfield. Mayfield had a big day for the Astros, going 3 for 4 with three runs scored and two RBI’s.

The Mets will be back in action this afternoon when they take on the Miami Marlins. Noah Syndergaard is scheduled to start for the Mets. First pitch for today’s game is scheduled for 1:05 pm.