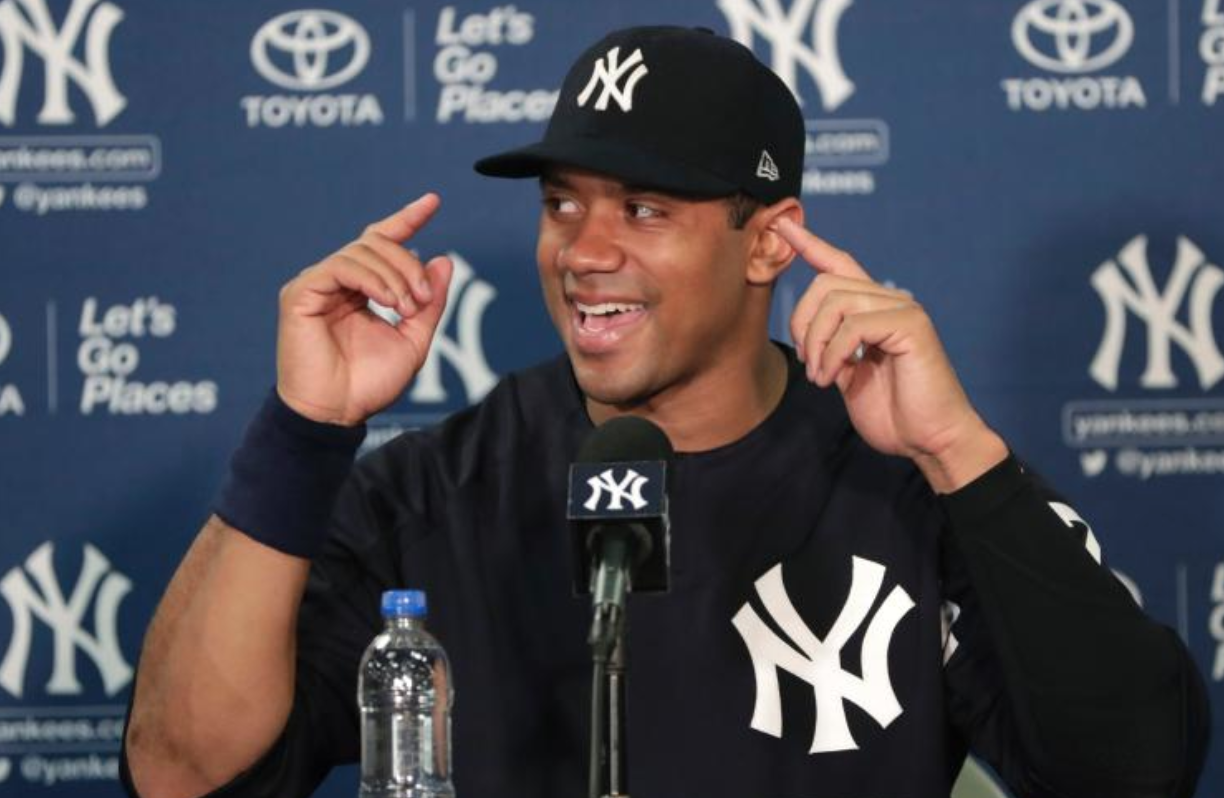 Seahawks quarterback Russell Wilson played in his first exhibition game with the Yankees on Friday — something we never thought we’d witness.

It’s so uncommon for NFL’ers to be two-sport athletes, especially for quarterbacks, due to the physical stress on one’s body. Still, Wilson is making it work, as he reported to spring training on Monday — joining his new teammates — and played in his first game on Friday.

Wilson’s first at-bat came in the fifth inning, and didn’t end well. He led off, but didn’t even put the ball on play. Wilson got completely locked up on a curveball from Max Fried — looking baffled in the process.

Max Fried dropping this curveball in on Russell Wilson… 😂😂 pic.twitter.com/Eg0O2Ju6ro

The 2-2 pitch that followed was a fastball that ran in on his hands, and Wilson wasn’t even close to connecting on a swing-and-miss.

Maybe not the result @DangeRussWilson wanted, but a fun cameo for the fans (and it looks like Wilson, too). #YANKSonYES pic.twitter.com/RZ3LFawpnf

Maybe next time he’ll put the ball in play.