With Jeff Hornacek fed up with Knicks' effort, is he to blame? 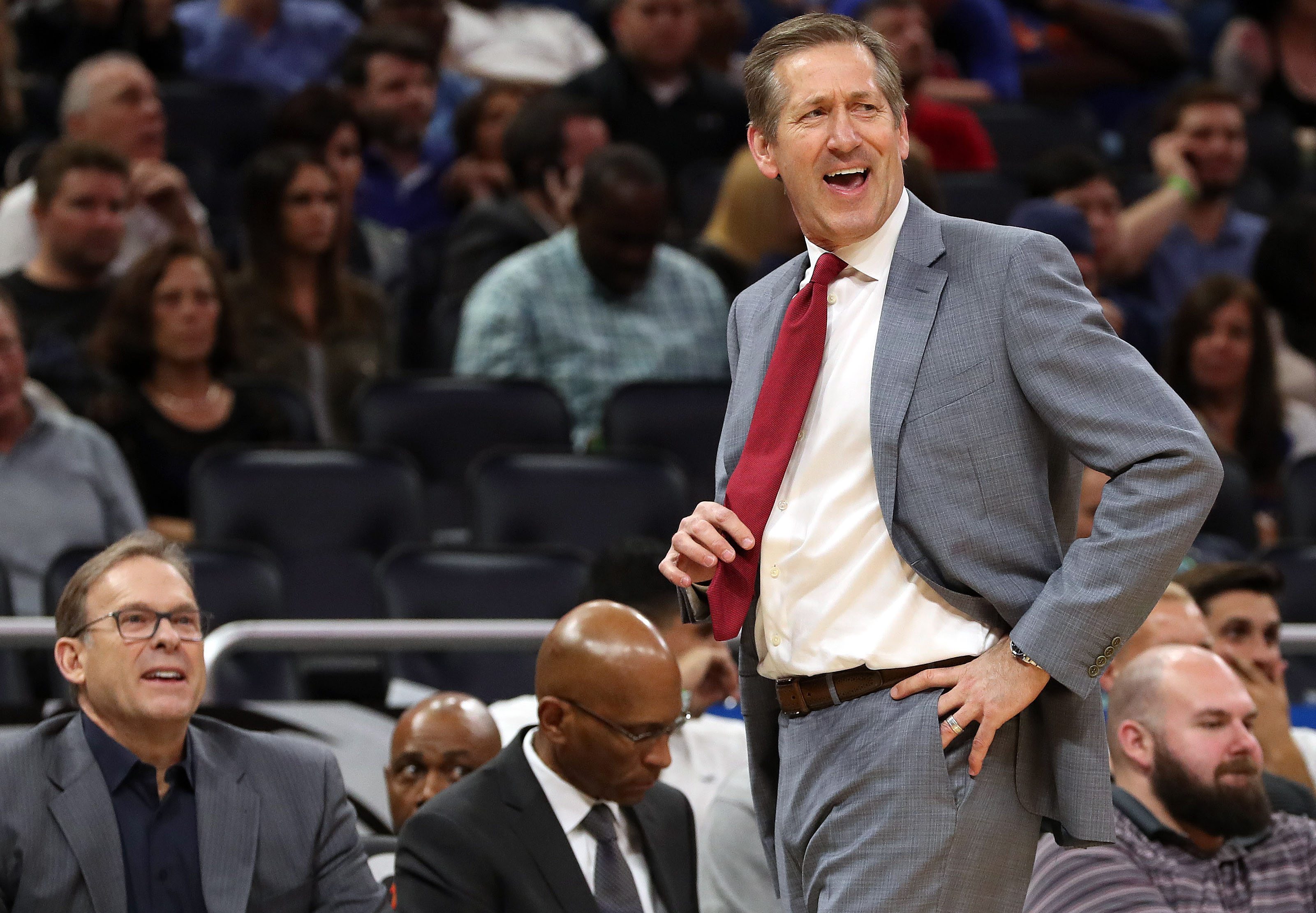 With Jeff Hornacek fed up with Knicks' effort, is he to blame?

As the Knicks opened a new road trip in Los Angeles on Friday, the visiting squad took a three point lead into the locker room at halftime, only to come out on the losing end — a 23 point suffering — by the time the final buzzer sounded.

Such an outcome is about as demoralizing as they come, but it’s one that has become par for the course for New York. The team continues to experience third and fourth quarter woes, throwing away any meaningful effort they put forth in the first 24 minutes of the contest. The Knicks (falsely) believe they can beat teams by focusing on offense and simply aiming to run, gun, and outscore opponents. Such a mentality is poor and unrealistic, especially with budding star Kristaps Porzingis sidelined.

Coach Hornacek talked about his team’s inability to make smart decisions and adjust properly, with Friday’s loss to the Clippers serving as the most recent perfect example.

“[DeAndre Jordan] long and can jump, and we’re not as athletic as him, but you foul the guy,” Hornacek said, via the New York Post. “We made the comment at halftime the guy had seven buckets in the first half and we didn’t foul him once. He’s a 58 percent free-throw shooter. You got to play smart and playing tough and not let them have easy buckets. It’s about pride. It was like a layup line in the second half. All easy stuff.

“Defensively it’s disappointing,’’ he added. “Guys just lined up. [Austin] Rivers just made two 3’s, and we let him line up and shoot another one. You get all over him.”

The coach seems to know what’s needed, but his team simply isn’t executing. Such a let down begs the question of whether or not New York is capable of learning or reacting as needed. The talent just may not be there. At the same time, these struggles may be a cause for concern, as it relates to Coach Hornacek’s ability to strategize, switch things up, or communicate. After all, if the team can put a decent enough in the first half of a contest, they (theoretically) should be able to carry it over all the way through.

This transitional period will provide the Knicks’ front office the opportunity to explore and experiment with different pieces for potential future success. All the while, Coach Hornacek should be undergoing a similar evaluation period. As his team continues to flounder, the odds aren’t exactly in his favor to warrant a return next season.