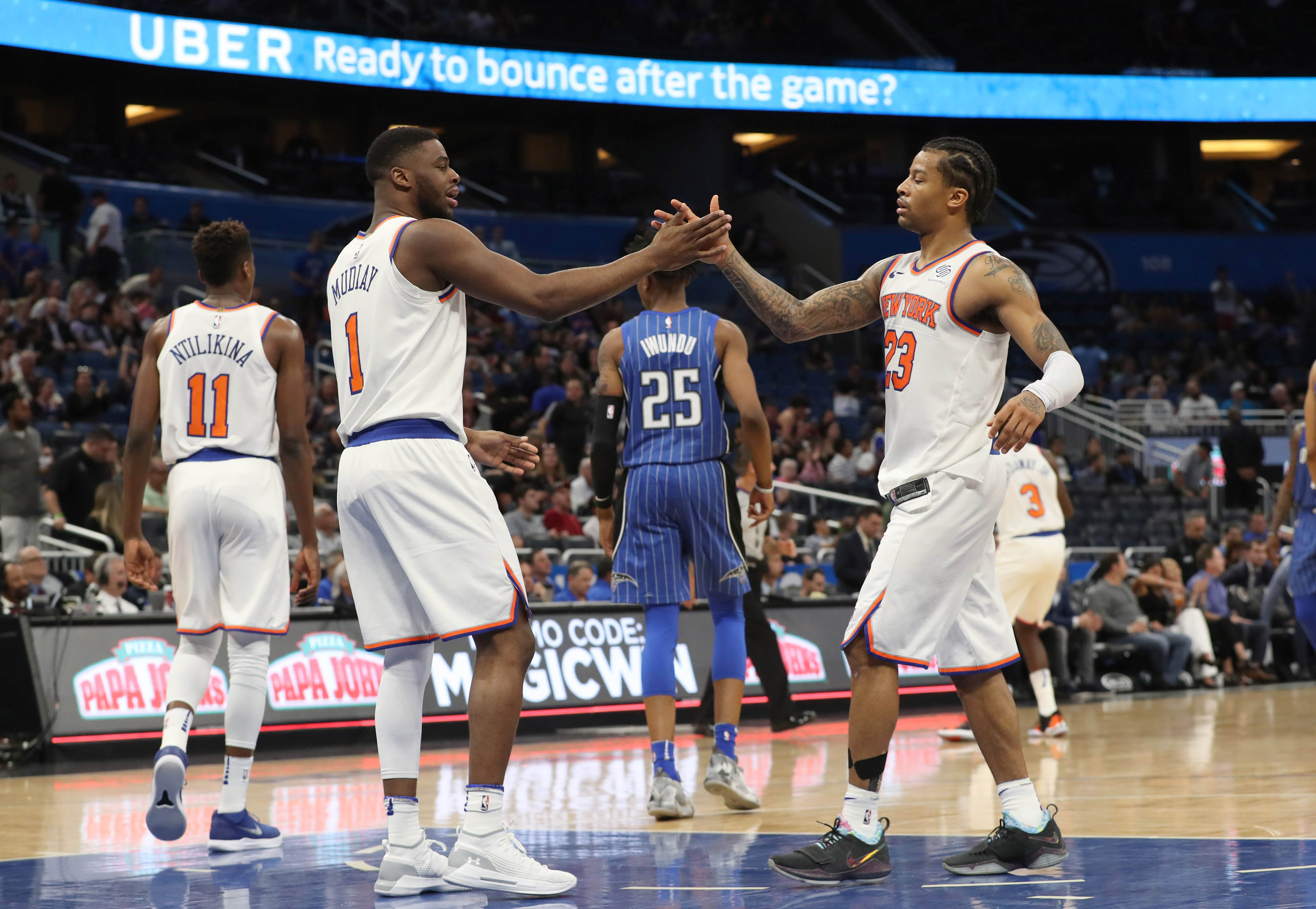 The Knicks’ struggles appear to be an all-time season high. They’ve lost 12 of 13, allowing fewer than 103 points just twice over that same span. Of course, these hardships are punctuated by Kristaps Porzingis’ season-ending injury. Without him, there’s very little hope to compete.

It’s easy to criticize this team, based on the product they’ve put on the court the last month. Lost in the struggles is the silver lining created by the team’s front office.

The Knicks plucked four-year NBA vet Trey Burke from their G League affiliate in Westchester. In his last nine games, the guard has impressed by averaging 13.2 points on 52% shooting with 3.4 assists. This was a good demonstration of growing organically after keeping Burke in the organizational loop. Scott Perry’s Michigan onnection assumedly endeared him to the 25 year old, and so far his interest has paid off. Burke has gone on to validate New York’s investment.

He’s not the only one paying dividends for Steve Mills, Perry, and Co. The front office orchestrated a Doug McDermott for Emmanuel Mudiay swap as part of a three-team deal at the trade deadline. For a team without much at stake, this was quite a splash. Whereas McDermott is a favorable role player, his ceiling is only so high. What’s more, his contract is an expiring pact. Alas, Mudiay’s contract runs through next season, so there’s plenty of time to explore.

Interestingly enough, the trade could have been an admission by the Knicks that it’s time to pivot. Phil Jackson drafted Frank Ntilikina, who has been praised for his defense but has proven to be an offensive liability. Averaging just 5.5 points, the 19 year old’s flat-footed shots often fall short of the mark, and he isn’t much of a facilitator, either. Thus, he leaves much to be desired at the point guard position. By bringing in Mudiay, New York can shift Ntilikina over to shooting guard and hope that his pesky defense justifies keeping him on the court as more of an off-the-ball offensive option.

As the Knicks ponder what Ntilikina’s future role is, Mudiay has a golden opportunity to prove he can be depended on. Like his his young teammate, Mudiay struggles as a jump-shooter. Head coach Jeff Hornacek has high hopes, with aspirations for the new acquisition to become a better penetrator who creates high-percentage looks for himself and those around him. So far, Mudiay’s 5.6 assists per game through seven games with the Knicks would represent a career-high if it were a seasonal average. He’s shown promise with room to grow. His shooting form has improved somewhat after working with his new coach (h/t Newsday), and his conditioning figures to get better this summer. After receiving inconsistent playing time with the Nuggets, Mudiay is sort of playing “catch up” as he gets acclimated with New York.

Burke was the 9th overall pick in 2013 and Mudiay was the 7th selection in 2015. One man’s trash is another man’s treasure, and so far, both players are flashing their golden polish once again.

Can Burke consistently be an offensive spark plug off the bench? Will Mudiay mesh with Porzingis when the latter returns next season? These are vital questions surrounding each one’s future with the Knicks. So far, the front office’s choice to roll the dice and take chances with the duo has been a savvy one.