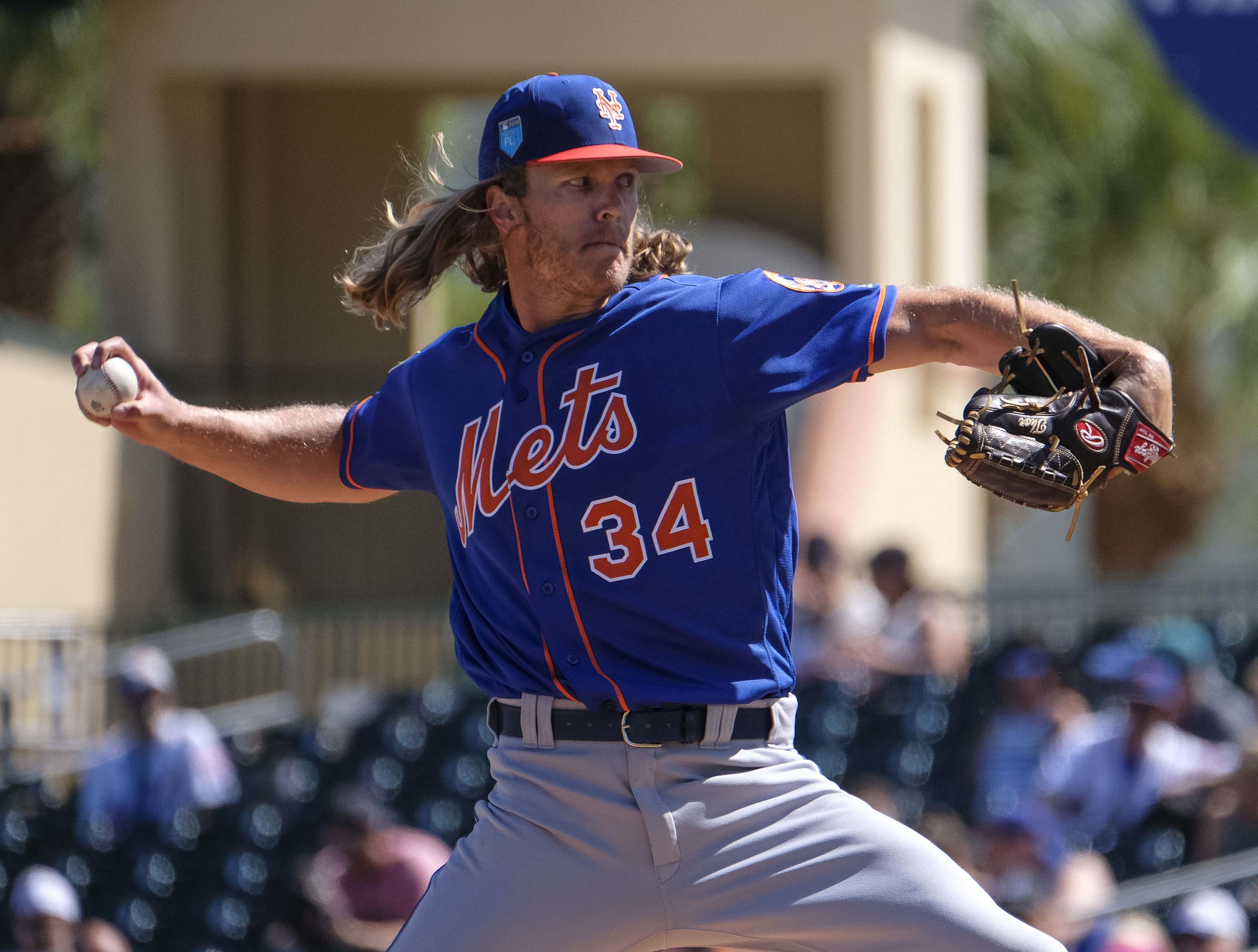 Even though he didn’t consistently pump out 100 mph pitches again, Noah Syndergaard looked sharp in his latest exhibition tuneup. Syndergaard allowed one run on one hit in three innings of work while striking out four. The only damage the Marlins did against him came in the first inning, when Braxton Lee drew a leadoff walk and came around to score on an RBI single from Justin Bour. Syndergaard recovered nicely after that, retiring the next seven batters to face him to end his day. The Mets went to their bullpen after Syndergaard departed, getting scoreless frames from Paul Sewald, Jeurys Familia, and A.J. Ramos along with two shutout innings from Chris Flexen.

The RBI single from Bour would be the only offense on the day as the Mets did next to nothing at the plate. The lone offensive highlight was that Wilmer Flores went 2 for 4 serving as the designated hitter. The Mets failed to record an extra base hit on the day, and they also saw shortstop Amed Rosario leave the game with knee irritation. The injury is considered minor and Rosario is day to day.

The Mets will return home today for an exhibition matchup with the Washington Nationals at 1:05 pm. Steven Matz is scheduled to start for the Mets.