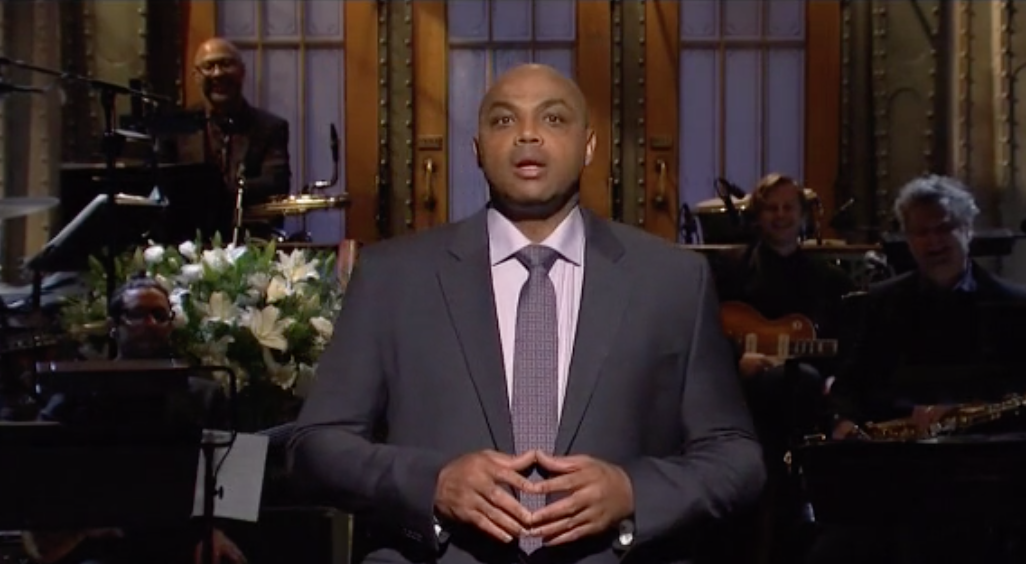 Former NBA’er and current TNT analyst Charles Barkley hosted “Saturday Night Live” for the fourth time in the most recent edition of the hit show, and as usual, he crushed it.

Barkley opened up by saying athletes need to stay woke and take a stand against social justice. He also weighed in about FOX News’ Laura Ingraham’s comments about LeBron James, and he subtly crushed the female talking head. He then put a bandage on the wound and moved on in a comical way by poking fun at James’ hairline.

The “Inside the NBA” analyst also raised a great point about why athletes should take a stand against injustice.

“This country has a great tradition of athletes speaking their minds,” he said. “Muhammad Ali changed the way people thought about Vietnam. Jim Brown had people thinking about race. Michael Jordan even thought it was okay for humans to play with Looney Tunes.”

Barkley first hosted SNL in 1993 — an epic episode which featured Nirvana as the musical guest. Now, it’s a quarter-century later, and he’s still got it, which is impressive.