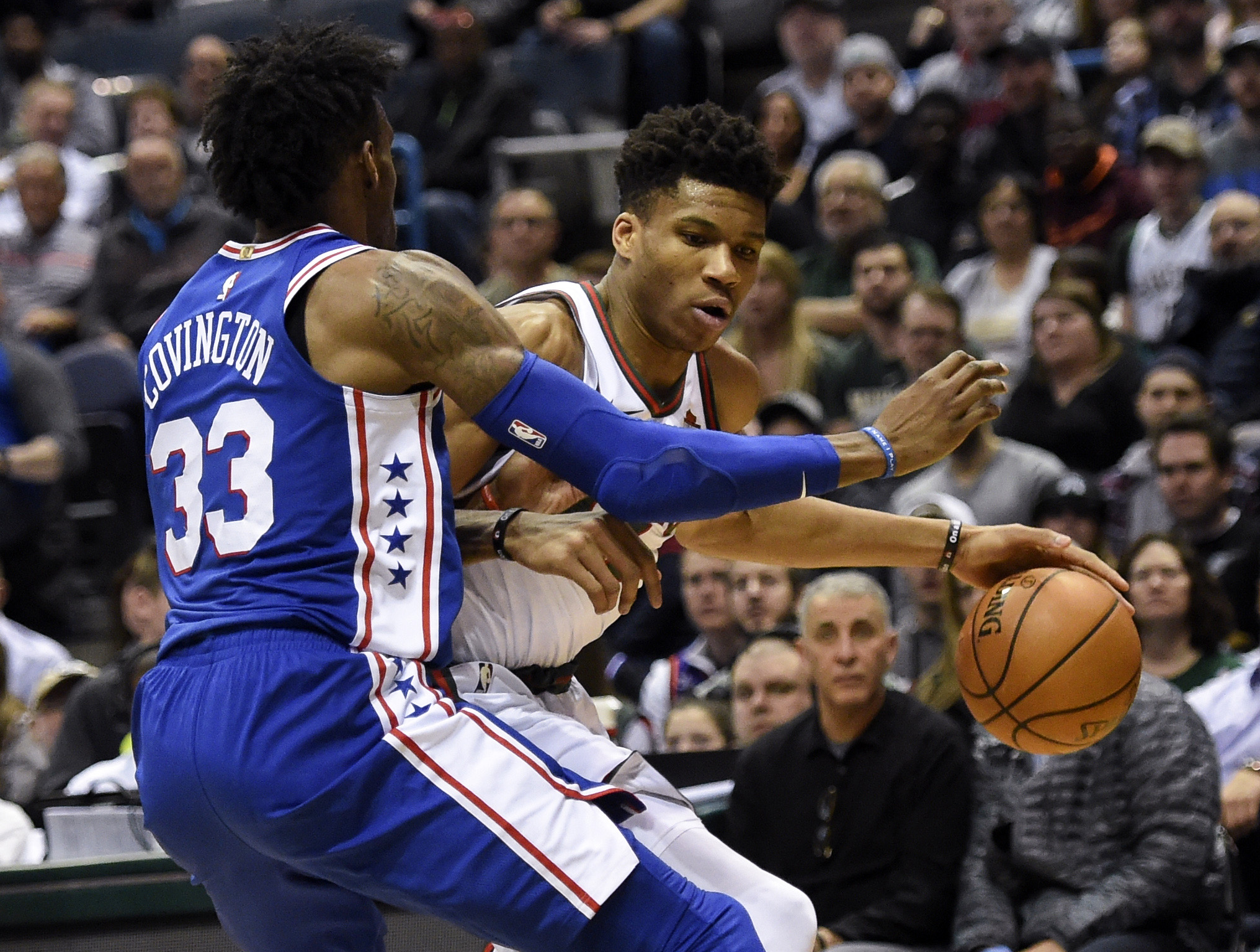 After defeating both the Cleveland Cavaliers and Charlotte Hornets in consecutive nights, the Philadelphia 76ers were back in action on Sunday taking on the Milwaukee Bucks. It was an action-packed game that saw the Sixers get out to a 10-0 lead in the opening frame and ultimately scoring 72 points in the first half.

However, the Bucks did not back down, thanks to a tremendous performance from All-Star forward Giannis Antetokounmpo, who had 35 points, nine rebounds, and seven assists. Antetokounmpo’s outstanding performance plus the Sixers’ deteriorating second half play, helped Milwaukee to a 118-110 victory.

Here are three takeaways from Sixers’ collapse against the Bucks:

Even though the Sixers fell flat on their face in the third quarter, both Dario Saric and Ben Simmons had great performances on Sunday night. Saric started the game off on fire as he scored 15 points in the first quarter on 6-of-6 shooting from the field.

Milwaukee had no answer for the second-year forward, who crashed the boards relentlessly and knocked the three-point shot at a consistent rate (4-of-5 3pt.). Saric finished the game with 25 points and six rebounds, leading all Sixers players in scoring.

Simmons, on the other hand, was dishing out a ton of assists in the first quarter. The Rookie of the Year candidate had eight assists along with four points. Throughout the game, Simmons showed off his precision passing, a nice jump shot in the paint, and aggressively drove to the basket.

Despite having six turnovers, Simmons notched another double-double consisting of 12 points and 15 rebounds.

2. Turnovers once again plagued the Sixers

Aforementioned, one of the reasons why the Milwaukee Bucks got back into the game was because of the myriad of Sixers’ turnovers. Philadelphia compiled 26 turnovers, (13 coming from Joel Embiid and Simmons) which led to 36 points for Milwaukee.

The Bucks, however, only had 15 turnovers as a team. This season, the Sixers are averaging 17.3 turnovers per game, which is good for dead last in the NBA.

With that being said, if they want to move up in the standings and potentially win a playoff series, they will need to cut down on their turnovers.

3. The Sixers had no answer for Giannis

Outside of the many turnovers, the Sixers could not stop ‘The Greek Freak’ on Sunday night. Antetokounmpo showed out for the home fans and did whatever he wanted to Philadelphia’s defense. He ran the floor, made plays for his teammates, and knocked down a key three-pointer to help swing the momentum.

Antetokounmpo did what great players do best and that is putting the team on their back and bringing home the victory. He made an impact in all phases of the game, which was the difference between winning and not getting blown out on your home floor.