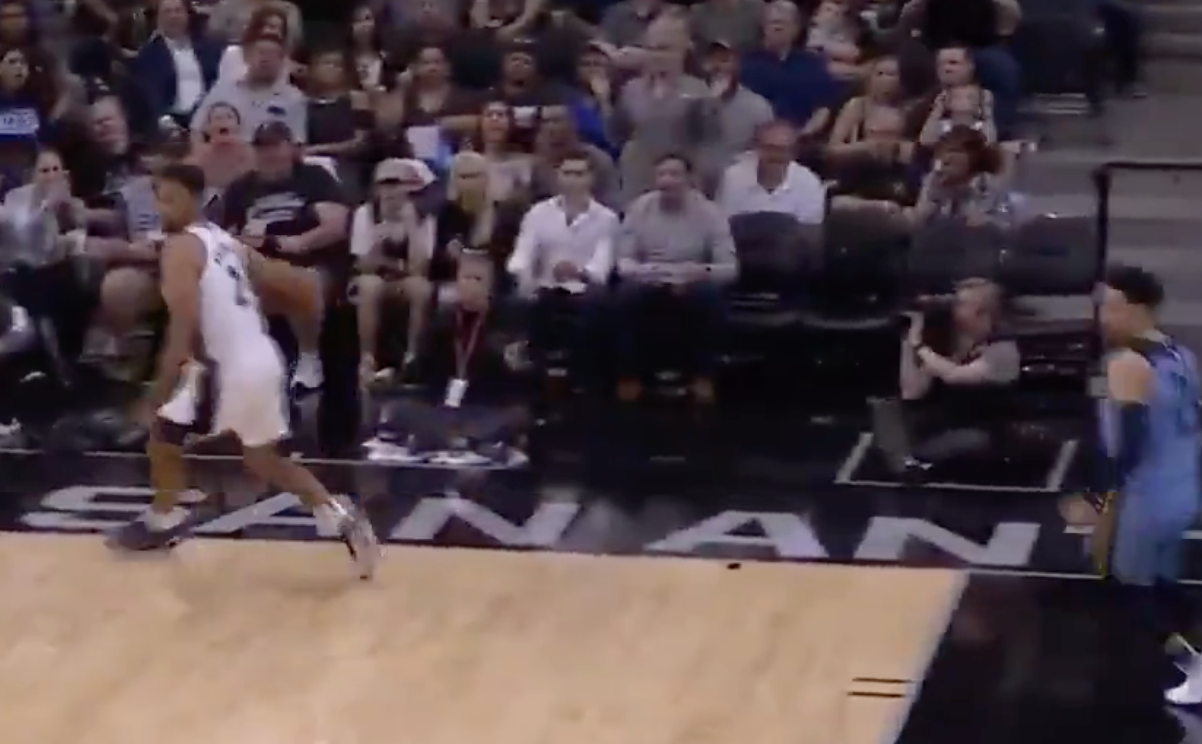 Former first-round draft pick Kyle Anderson has been getting more minutes this season, after doing a lot of watching from the bench during his first few seasons in the league, and we now know why.

The Spurs forward showed off his athleticism on one particular play in Monday’s game, when he chased down a loose ball near the sideline and then threw it behind his head — without looking where he was directing it — for a teammate to possibly finish off at the rim.

Sure enough, Davis Bertans was in the area, and he slammed the ball home to complete the alley-oop.

THIS SHOULD NOT BE POSSIBLE

Is this the pass of the year from Kyle Anderson? (via @NBA) pic.twitter.com/K4VgzbmwaF

Best pass of the season so far? We think so.