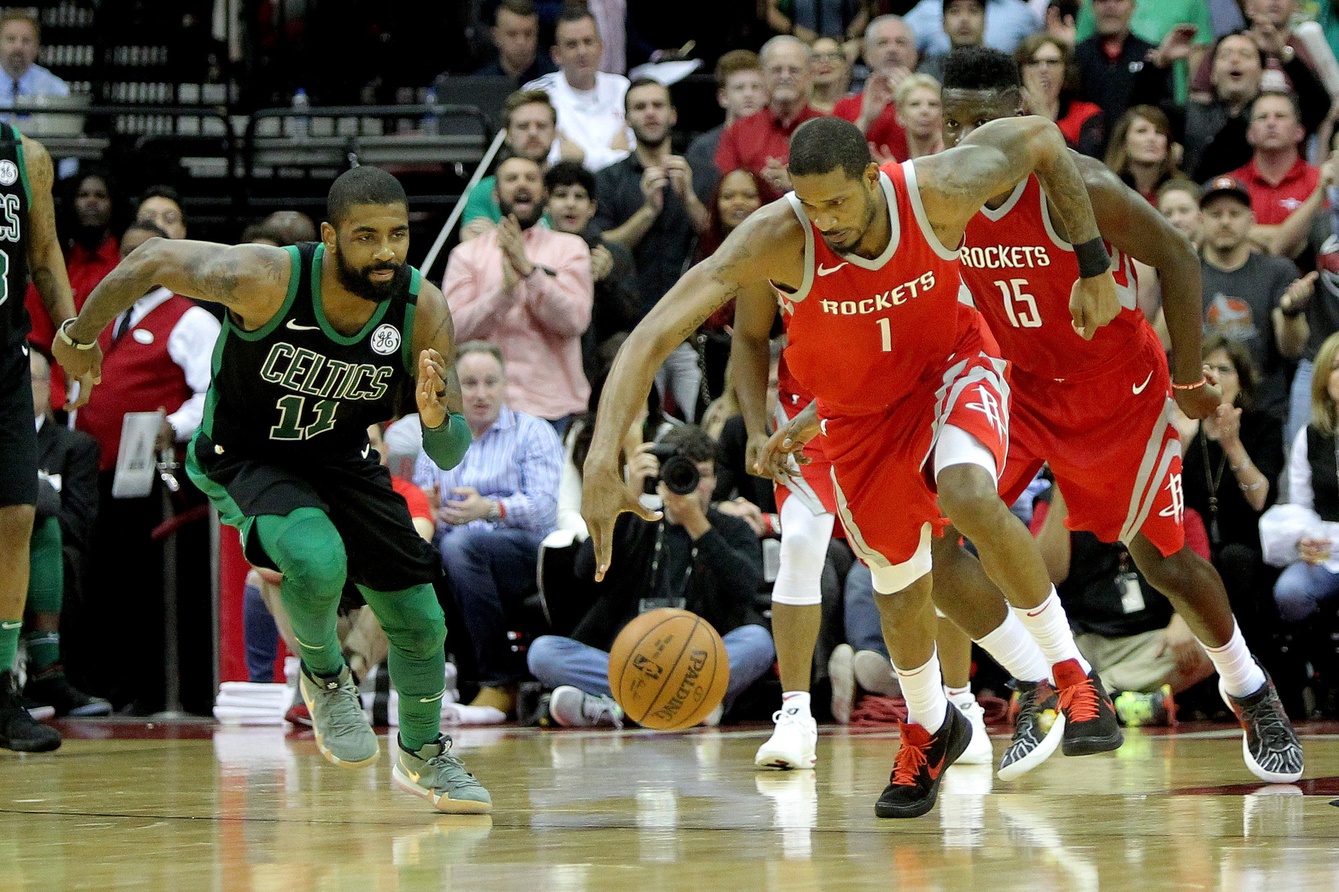 Brad Stevens says Kyrie Irving aggravated his knee during the Houston game. “He was playing and felt it throughout the night.” Stevens adds that the knee was feeling a little bit better yesterday, but was sore today when Kyrie woke up. #NEBHInjuryReport

Was really hoping for Kyrie to bounce back big time tonight vs the Bulls.  Anyone else officially concerned about Kyrie’s knee? We assumed previous rest was precautionary but now we’re fresh off the All-Star break and in the lighter part of the schedule and the knee is still acting up?

1. Kyrie Irving’s defense was a major problem: This issue was expected when the Celtics are going up against a backcourt featuring Chris Paul and James Harden, but Brad Stevens did his best to hide Irving on other wing defenders for most of the contest. The Rockets still managed to find Irving on several occasions, however, and burned him repeatedly. Trevor Ariza made all five of his field goals inside the arc as he drove past Irving on several possessions for easy layups. Harden also took advantage of Irving in multiple spots. The on-ball defense for Irving wasn’t the only issue. He failed to hustle back at full speed in transition defense on a few plays, which opened the door for some critical transition 3s for the Rockets, specifically in the fourth quarter. Irving is never going to be an elite defender but the Celtics need him to be fully engaged on that end when he’s facing a team with serious firepower like the Rockets. That did not happen on Saturday night, which is a big reason why the Rockets still managed to score 123 points despite an off shooting night from Harden.

I’m in no way challenging Robb’s analysis but Irving’s 120.9 defensive rating vs Houston was 4th best on the team behind Greg Monroe, Marcus Smart and Jaylen Brown.

Lack of hustle is inexcusable. Kyrie needs to be better.