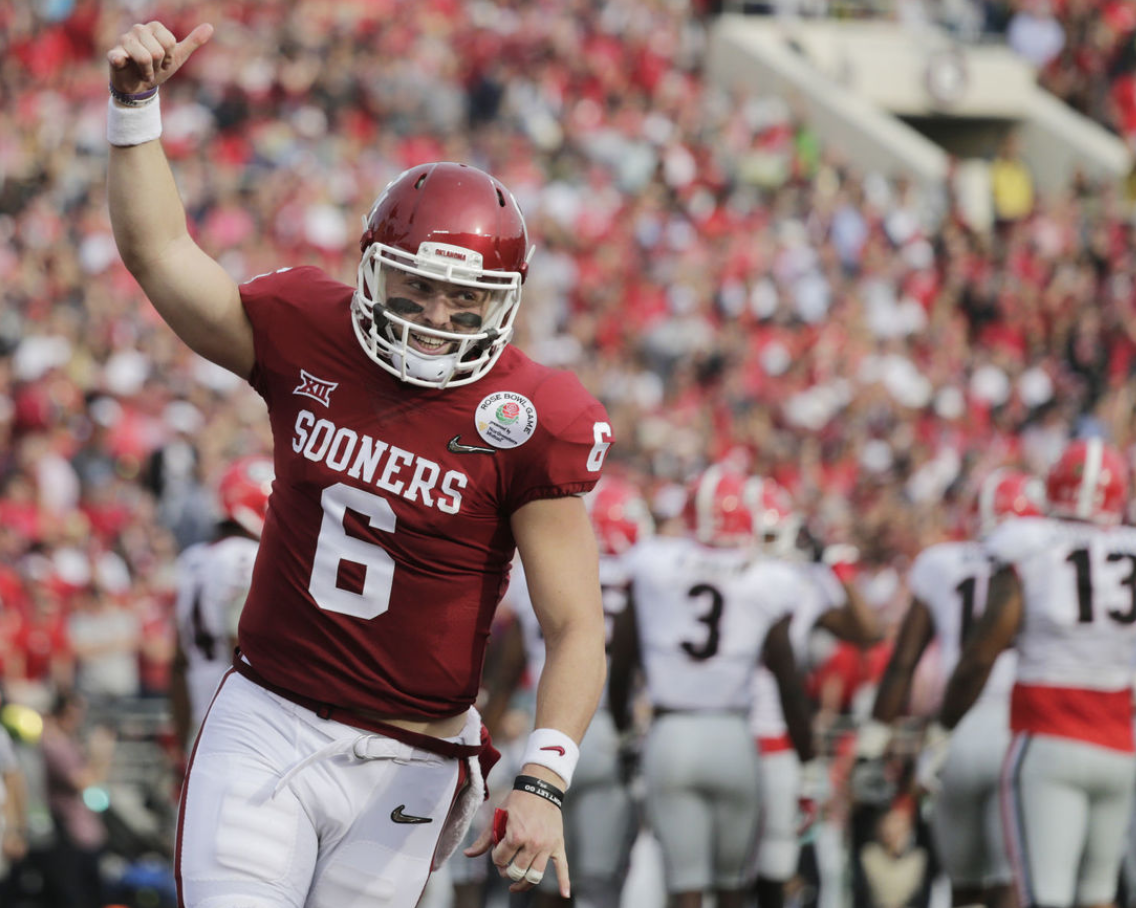 This particular quarterback class features a number of bright individuals, who are well-spoken, academically gifted and have a high football IQ.

UCLA product Josh Rosen’s body of work speaks for itself, and USC’s Sam Darnold is no simpleton, either. This is part of why both are surefire first-round draft picks.

But neither of them are the smartest quarterbacks in the draft — at least according to one NFL GM.

No, that honor belongs to Baker Mayfield, who one general manager believes has the highest football IQ of all quarterbacks in the 2018 class.

#NFLCombine – a GM told me #BakerMayfield football IQ is “off the charts”, Darnold, Rosen excellent, Rudolph very good, Allen was so so, long way to go. Jackson is a project at the white board by comparison

It’s interesting that the GM was high on Mason Rudolph. That particular characteristic could help elevate his stock a bit, although he’ll still be a day 2 guy. Jackson being near the bottom of the list is no surprise, either.

As for Mayfield, his stock continues to soar, and he could be the No. 1 pick in the draft.