Your Morning Dump.... Where NBA 'people' like the Celtics chances to reach the finals 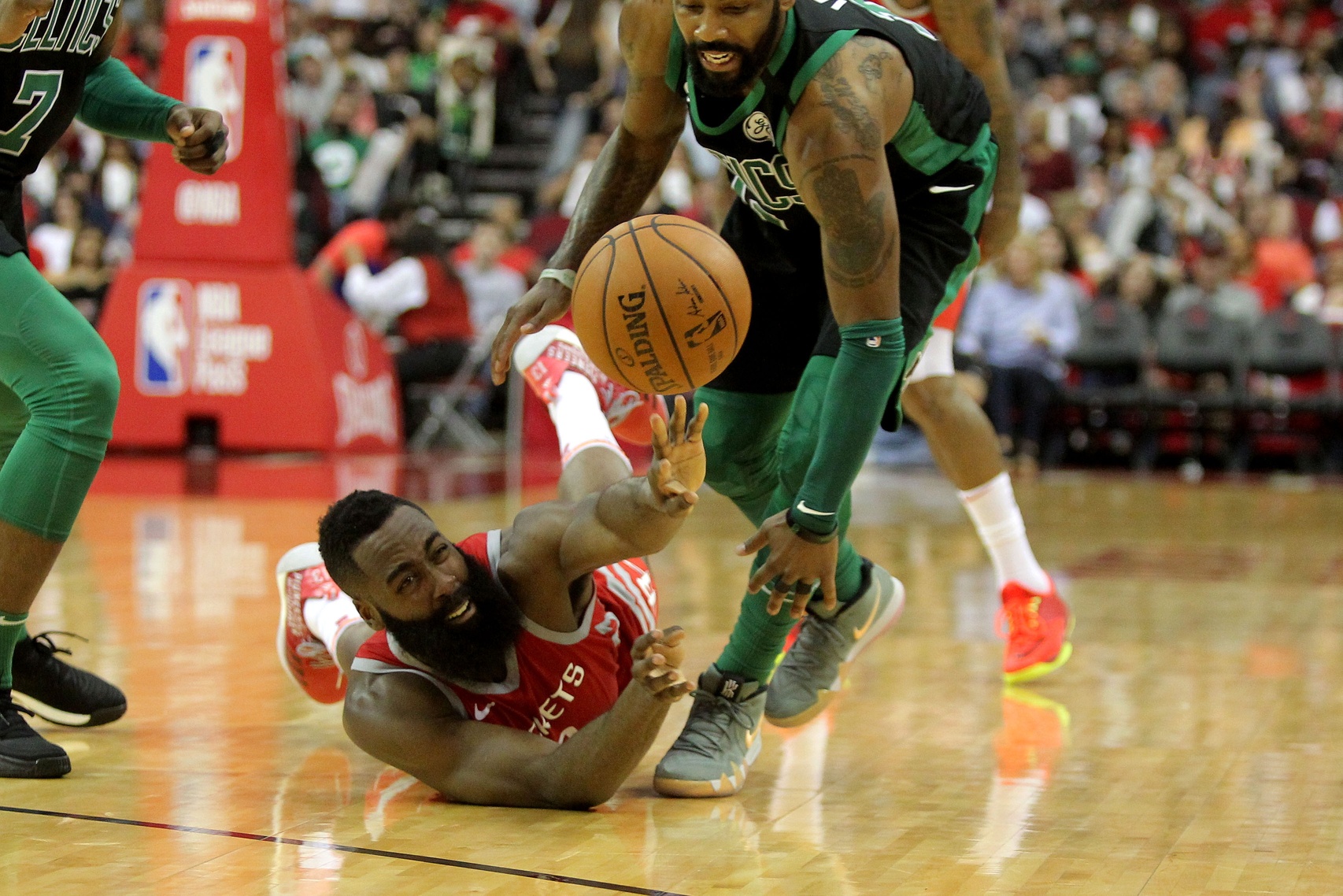 Your Morning Dump.... Where NBA 'people' like the Celtics chances to reach the finals

But the prevailing thought among NBA people is that the two games that speak loudest for the Celtics’ chances to at least compete honestly for an NBA championship happen to be losses. Five weeks to the day after going toe to toe with the Warriors in Oakland before falling, 109-105, the Celts squandered a six-point lead in the final minutes of a 123-120 loss in Houston.

And yet they seemed to gain respect from both.

While I personally believe the Bostonians are going to have a hard time matching up against Toronto and could even meet their demise earlier than that in the Eastern Conference playoffs, it can no longer be said, as it was last season, that they are no match for the league’s elite. The C’s would rightfully be a decided underdog if they managed to squeeze their way to the NBA Finals, but they have proven they’re good enough that they shouldn’t just be happy to be there.

And, again, just projecting them into June is in many ways a stretch for a club that will have a hard battle in a first-round series against Milwaukee, Indiana or Philadelphia. But they are a better team than the one that bowed out in the conference finals against Cleveland last year.

Yet while a coach from another club was laughing as he woke up a Boston reporter with a call early yesterday morning to tell him he was going to have to work a long year, Brad Stevens is being considerably more cautious.

I’ll be the first to boast that absence of division or conference title banners in the Garden, but that doesn’t mean I can’t find solace in tough losses to great teams.

There are two obvious reasons why:

Like Steve Bulpett states in the column, the Celtics margin for error is thin enough where a loss in the 2nd round isn’t out of the question. For the record, I’ll be livid if they’re booted in the opening round, regardless of opponent.

The recent stretch – beating average-to-bad teams and competing with Houston – has me feeling good again. And I know they can be better because Al Horford isn’t playing his best basketball. Then again, a loss tonight to the Bulls will frustrate the hell out of me.

FYI:  The revamped and indestructible Cavaliers have now lost 4-of-6 since the AS break.

On Page 2, James Harden is a master at manipulating the officials.

“When you’re playing a guy like that who gets those types of calls, it’s pretty much like you’re playing in foul trouble,” Smart told the Globe after the game. “You’ve got to play really certain. You have to be really solid. You can’t really play the defense that you want, because you know nine times out of 10 he’s going to get those calls. It doesn’t matter whether your hands are up or not. He still gets them. We saw that here tonight a few times, and we’ve seen that every other game. He has a way of using his hands, grabbing us, pulling us into him and drawing those fouls. He’s been doing it for a long time. He gets the benefit of the doubt.”

This season Harden has drawn a career-high 7.1 fouls per game, trailing only Pelicans big men Anthony Davis and DeMarcus Cousins, who do most of their damage in the paint. Harden’s devastating combination of speed, strength, skill, and craftiness makes him perhaps the toughest cover in the NBA, and the defender often has no choice but to hack him and hope for the best.

James Harden draws fouls like no other player I can recall. He also is the best at outright duping the officials.

Harden is a phenomenal talent but I don’t really enjoy watching his style of play.

His game is so predictable: step back threes, herky jerky drives to the basket and drawing fouls/tricking officials.

Unstoppable, but predictable. Does that make sense?

Monday's Hot Clicks: Kobe wins Academy Award. Not everyone is happy about it. https://t.co/bbiWQw6NXU pic.twitter.com/1WODXJWwDP

He won’t get any from me.