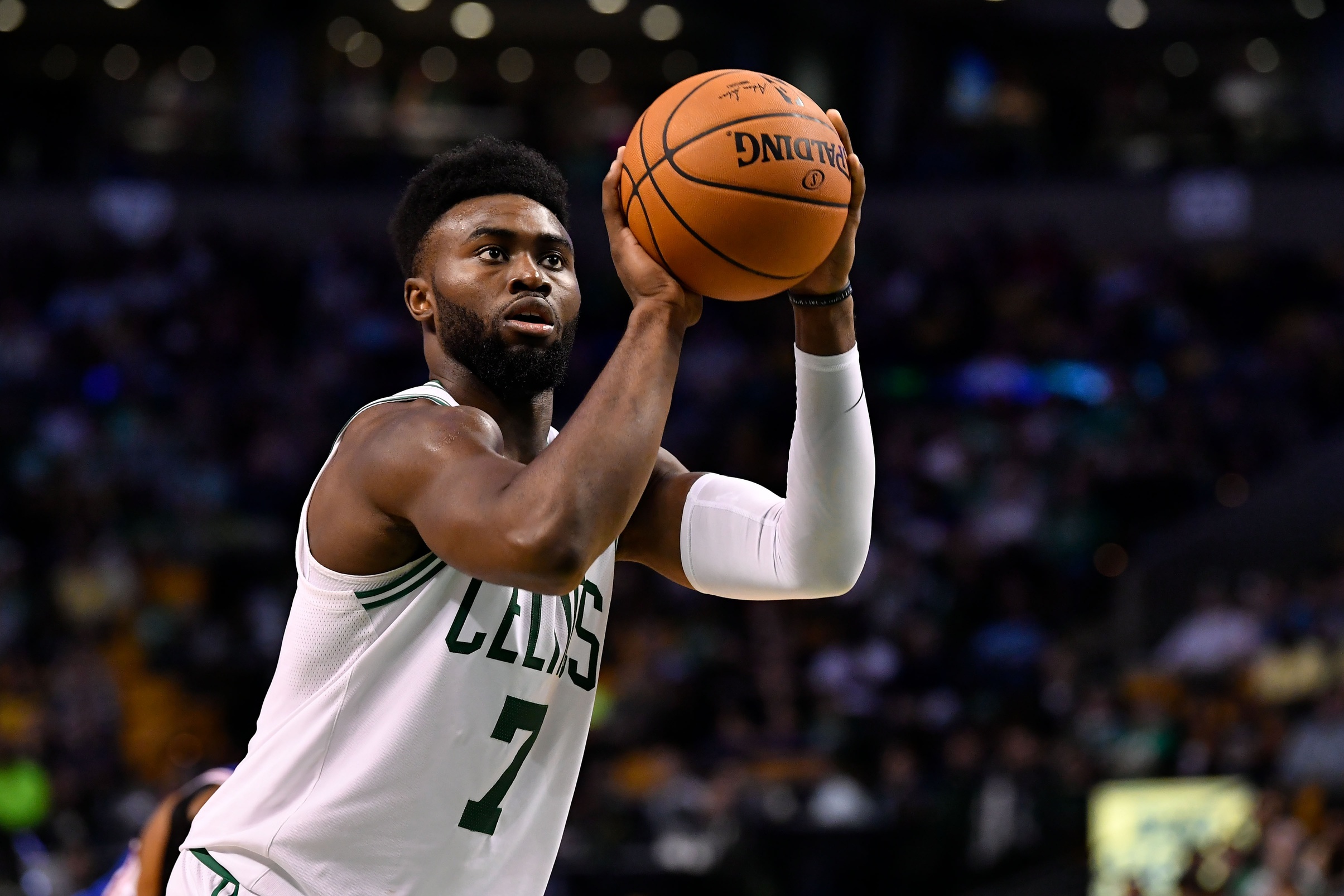 We’ve seen improvement in just about every aspect of Jaylen Brown’s game this season except…. free throw shooting.  At the halfway point he was shooting a pathetic 56% – a full 12 percent worse than what we saw his rookie season. To put Brown’s free throw woes in perspective, he was 20 percentage points below the league average of 76%.

But that’s all changed (via Taylor Snow, Celtics.com):

“I’ve been concentrating, just working on my focus and my breathing a lot more, and I’ve been able to slow my heart rate down,” Brown said Monday morning ahead of his team’s shootaround at United Center in Chicago. “I’m thinking a lot less about it and I’m just shooting it.”

As simple as it sounds, that technique has been doing wonders for Brown. His free-throw clip has climbed up to 77.1 percent over the last 18 games, including a superb 18-of-20 (90.0 percent) mark from the stripe during the last six contests.

There was never an issue with Brown’s free-throw shooting stroke, according his position coach Micah Shrewsberry. The main concern was being able to block out everything else going on in the game so that he could fixate his mind on the moment.

Wow! Talk about mind over matter.

With the stroke working, Brown will want to get to the line more. His 3.2 FTA per game ranks 72nd in the league.