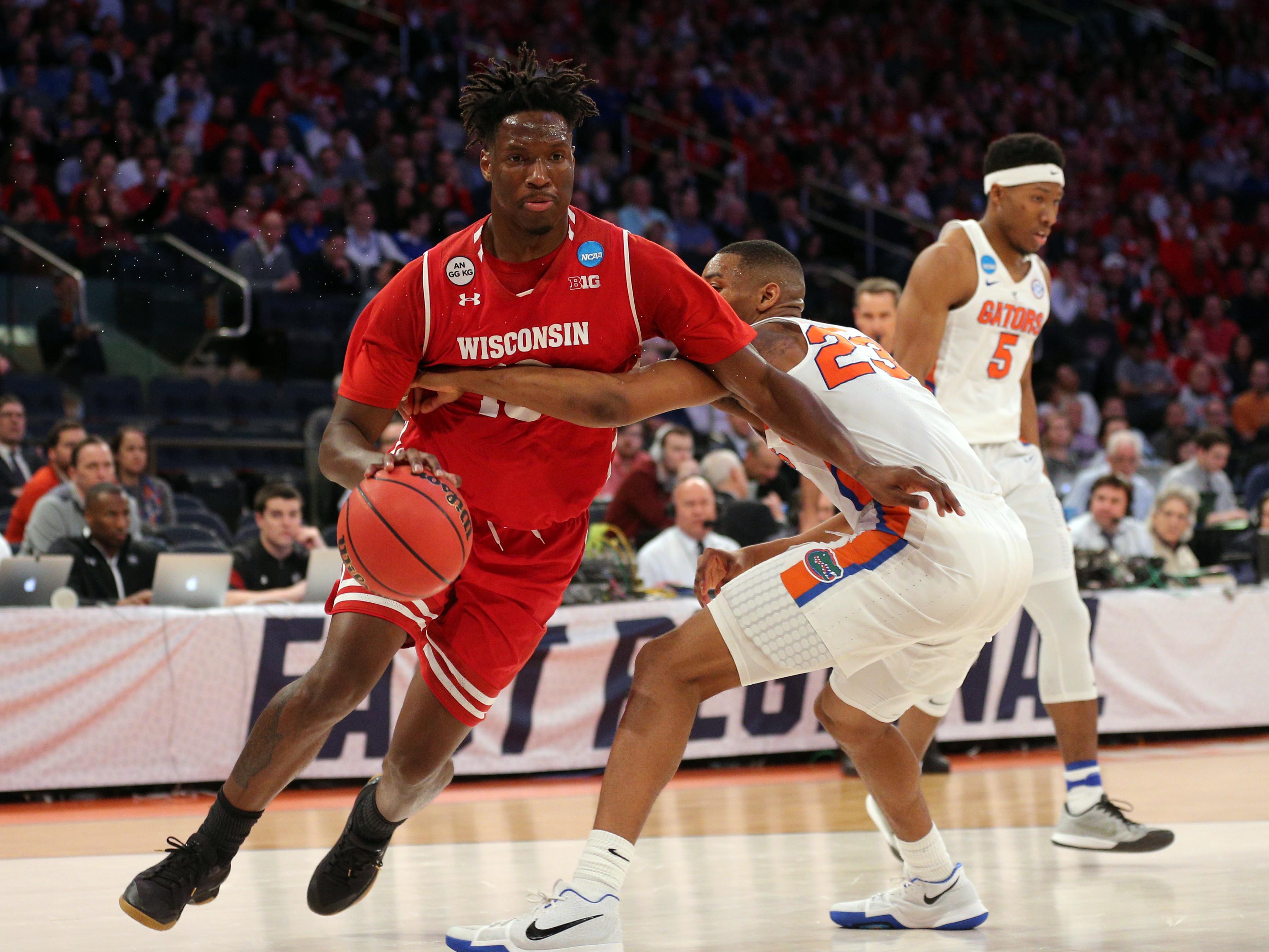 Coming off a 10-day contract with the Los Angeles Lakers, Nigel Hayes kept his strong production flowing when he returned to the Westchester Knicks. His efficiency continued and he was coming off a strong performance against the Lakeland Magic. Hayes’ production in the past nine games didn’t go unnoticed. According to Adrian Wojnarowski of ESPN, the Toronto Raptors are set to sign him to a 10-day contract.

In his rookie season, Hayes has excelled with Westchester. He has proven to have the potential to be a 3&D player, while making great strides with his perimeter game. The Wisconsin product has shown he can be effective on the block. Westchester has run some line-ups with Hayes at the five, while maintaining a defensive presence on the floor and keeping an efficient three-point shooter on the floor.

In his short time back in Westchester following his first call-up, Hayes hit a game-winning shot against the Raptors 905. In a recent game against the Raptors 905, he connected on 7-of-10 shots from three-point range. He is coming off a game where he recorded 35 points, six rebounds and two steals against the Lakeland Magic. In 38 appearances this season, Hayes averaged 16.1 points, 6.7 rebounds and 1.4 steals while shooting 45.4 percent from deep in 35.6 minutes per game.