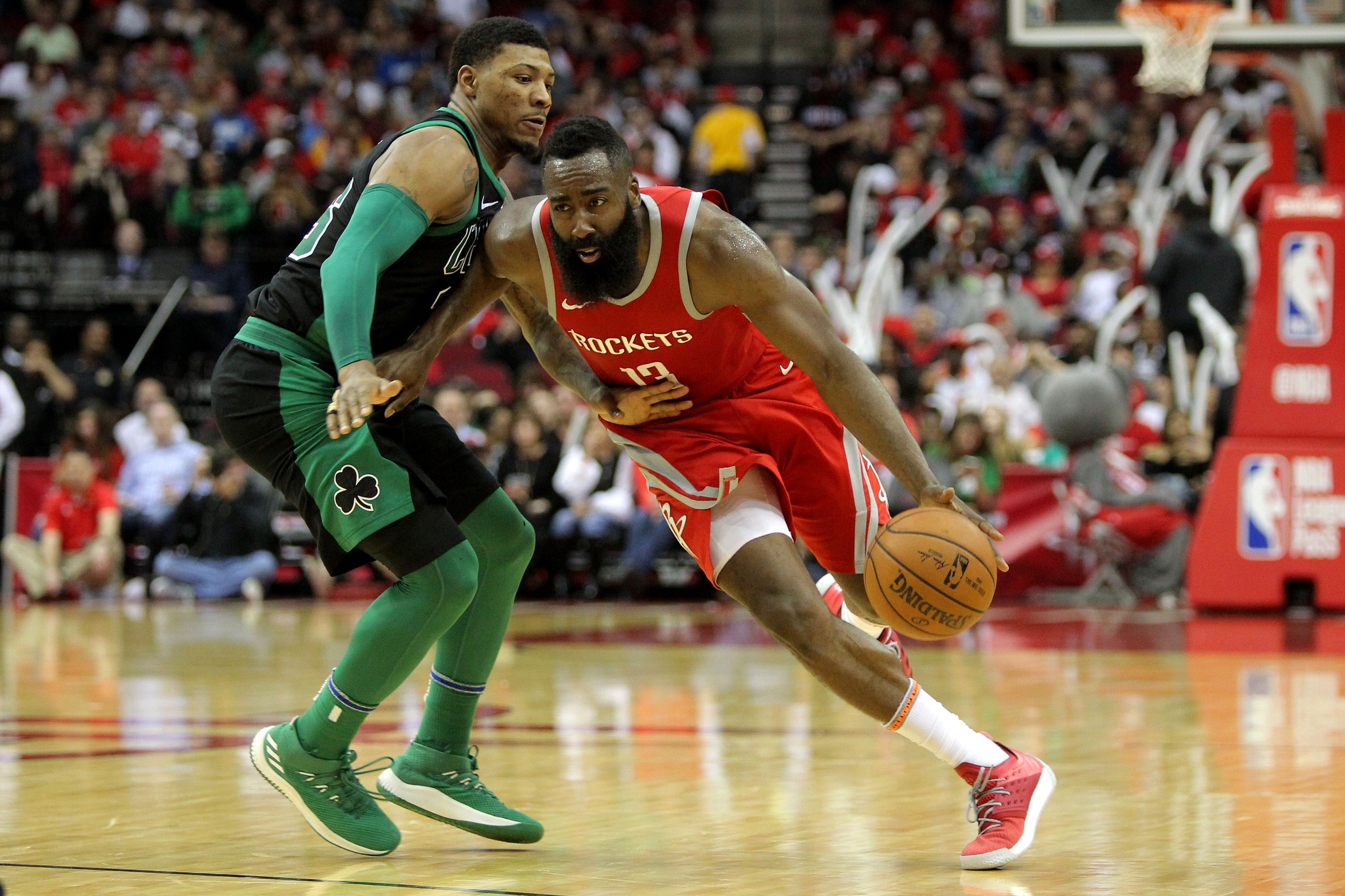 After Saturday’s frustrating loss to Houston, Marcus Smart said this of James Harden

“When you’re playing a guy like that who gets those types of calls, it’s pretty much like you’re playing in foul trouble,” Smart told the Globe after the game. “You’ve got to play really certain. You have to be really solid. You can’t really play the defense that you want, because you know nine times out of 10 he’s going to get those calls. It doesn’t matter whether your hands are up or not. He still gets them. We saw that here tonight a few times, and we’ve seen that every other game. He has a way of using his hands, grabbing us, pulling us into him and drawing those fouls. He’s been doing it for a long time. He gets the benefit of the doubt.”

I’ll go back to Smart’s comments:

He has a way of using his hands, grabbing us, pulling us into him and drawing those fouls.

But, in the NBA, you can’t criticize officials, even if you’re right about it. Today Smart got dinged $15,000 for stating the truth about Harden initiating contact, grabbing, and flailing to draw fouls.

Is he great? Yes.
Is he the MVP? Certainly.
Is he fun to watch? Nope.

His highlights are phenomenal. His impact is unquestionable. But watching him live at the line, often via manipulation, is aesthetically displeasing.