Gameday 68: Orange is the New Suck 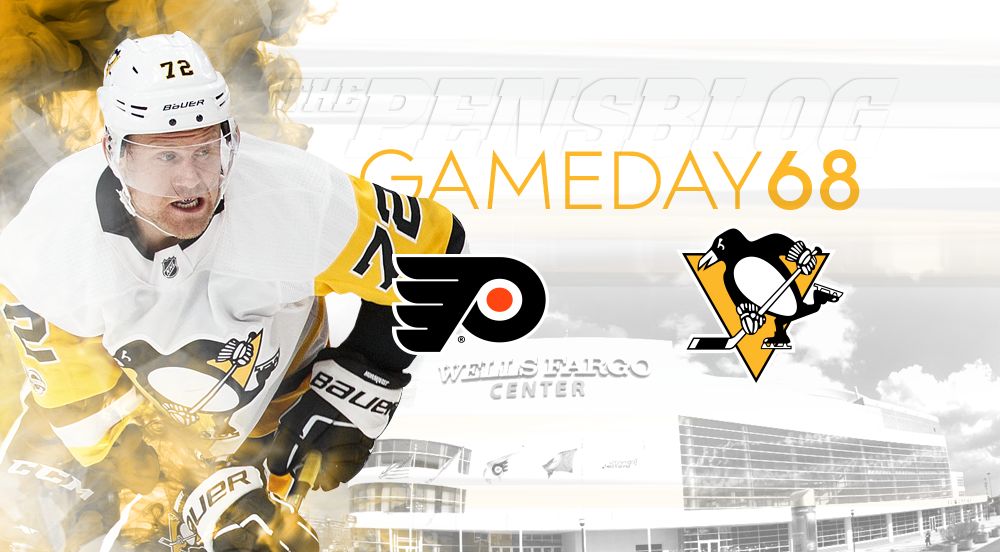 Gameday 68: Orange is the New Suck

So here we are. Four months ago if someone on the street would’ve told you the Pens and Flyers would be facing each other in a battle for second in the Metro tonight you most likely would’ve asked him to share the drugs. Yet, despite both teams respective struggles in the early part of the season here we are:

It’s pretty simple, a win in regulation gives the Penguins a 3 point lead with one extra game played. A loss in regulation gives the Flyers a point lead with a game in hand. This is easy math, which is good considering some Philadelphia fans are probably reading this. The Flyers are currently using the Ottawa Senators 2016 method of padding the points total with OT losses but that’s fine, it worked out great for Ottawa. You’re probably aware that the city of Philadelphia recently celebrated their first ever Super Bowl championship. You’re probably not aware that their fans have carried that attitude over to the Wells Fargo Center where they have taken on the mentality that if the Eagles could do it so can the Flyers. It’s a cute theory, and until the team is holding the silver chalice in June it is just a theory. To the city of Philadelphia this dream feels like a reality but the reality is there is currently one king of the NHL and they also happen to be playing in Philadelphia tonight:

Woo is that one sexy picture or what? Just to be clear, a win over the Penguins in the first week of March gives you the right to brag for a few days Philadelphia, but we are used to our team doing things that last forever. 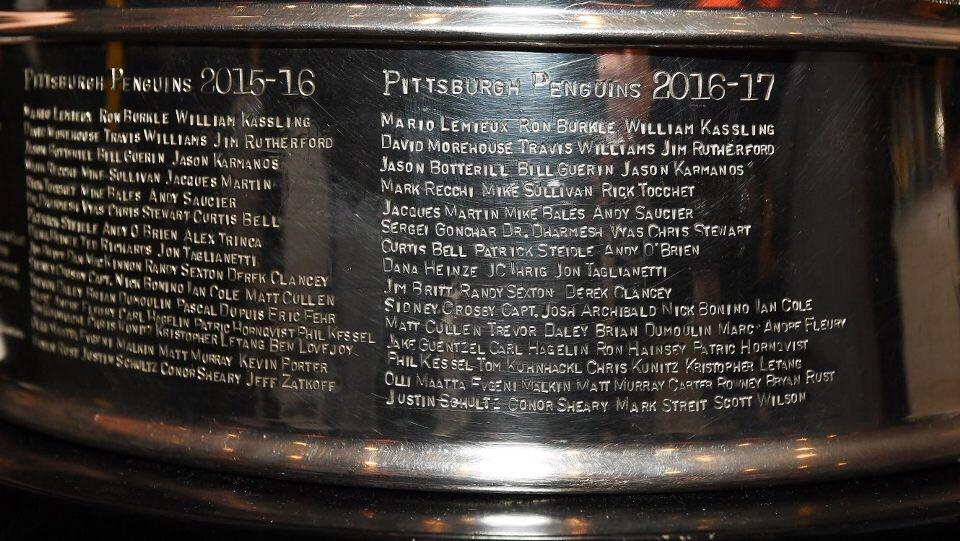 So enough gloating about the 5 cups the Penguins have won since the last one the Flyers did lets get to the matchup tonight. Okay I lied, first we are going to deal with the insults coming because just like their sports teams their fans also use the same losing methods in trash talking.

1. “You almost went bankrupt and ended up in Kansas City!!!”
And you almost won the Stanley Cup in 2010 but instead you sent the majority of that team literally everywhere else and haven’t come anywhere near the Cup since

3. “Imagine only being in a city that is only known for its bridges and dying steel industry”

We are known for a few other things too…

The Flyers are winning games despite having the 29th best penalty kill in the league with a kill rate of 75.1% coupled with the 13th best powerplay at 20.6%. Of course mentioning the special teams doesn’t hold as much weight as it used to considering the Pens are getting far fewer powerplay opportunities recently. With a heated divisional game it wouldn’t surprise me at all for the refs to “just let them play” instead of calling the actual penalties on both teams. With that prediction we should be seeing a lot of 5v5 or 4v4, so how do these teams look at even strength?

With the help of hockeyviz.com here are the heat maps for the Flyers:

The Flyers send a lot of shots from the points but aren’t so hot below the dots. They have had moderate success as they have currently scored 1 goal above the league average. Defensively they have a weird distribution of hot spots allowed. Using the same technique of flipping the Pens offensive chart with translucency to see where heat maps line up we can identify some areas of interest for the Pens:

The Pens have three uncontested areas that I’ve circled above. The lower two are very intriguing because they are areas the Pens love to shoot from when they get their transition game going, and considering the recent willingness of the defense to shoot the other spot also has its value for the Pens. The question as always will be execution, but when combining the Pens Stanley Cup/60 compared to the Flyers there is a decided advantage on that front.

The Flyers have had the recent misfortune of losing both of their starting goaltenders forcing them to make a trade for Petr Mrazek from the Red Wings. In his 6 games with Philly Mrazek is 3-2-1 with a .895 sv% and a 2.93 GAA, something the Penguins would be happy to exploit. The Penguins used the same line combinations in practice yesterday so I wouldn’t suspect any changes coming. Matt Murray skated again yesterday but is yet to take shots making Jarry the probably starter tonight. If Simmonds does play tonight (according to dailyfaceoff he is in the lineup despite being put on IR on 2/20) the third line will be the first real challenge for the Brassard-Kessel line we’ve seen. So far the Pens third line has been very good at controlling the scoring chances for and against and it will be nice to see how they respond in a tight battle tonight. Oddly enough with the construction of the team the Flyers second line is weaker than usual which is not a good thing for them if Malkins line is able to get out against them.

This is a big game and the Penguins know that, and there isn’t a better big game player on the Pens roster than Rust. He has quietly made some very important plays away from the puck that has kept him off the scoresheet, but the goals that eventual came from those plays wouldn’t have without him. In a big game with a chance to send a message, that is Bryan Rust’s music.

The one they call “coots” is having his best offensive season of his career as he currently has a career high in both goals (29) and assists (34) for 63 points on the season. Prior to this season Couturier has never put up more than 40 points in a year, can you say blood doping anyone? There once was a time when Coots was called the best defensive forward int he game because he was able to contain Evgeni Malkin in a playoff series that the Pens imploded in. Tonight we will see how good he is at containing the Penguins when they are playing their best.

All of this talk for a game that might only have 10 people in the arena depending on the weather conditions if it even gets played at all. The Penguins have been getting points out of games despite being outplayed in them recently. Tonight that won’t happen. You don’t get outplayed by Philadelphia and still walk away with points. Tonight the Penguins need to bring the effort we saw in January and February. If they do that, it will be a sunny day in Philadelphia.