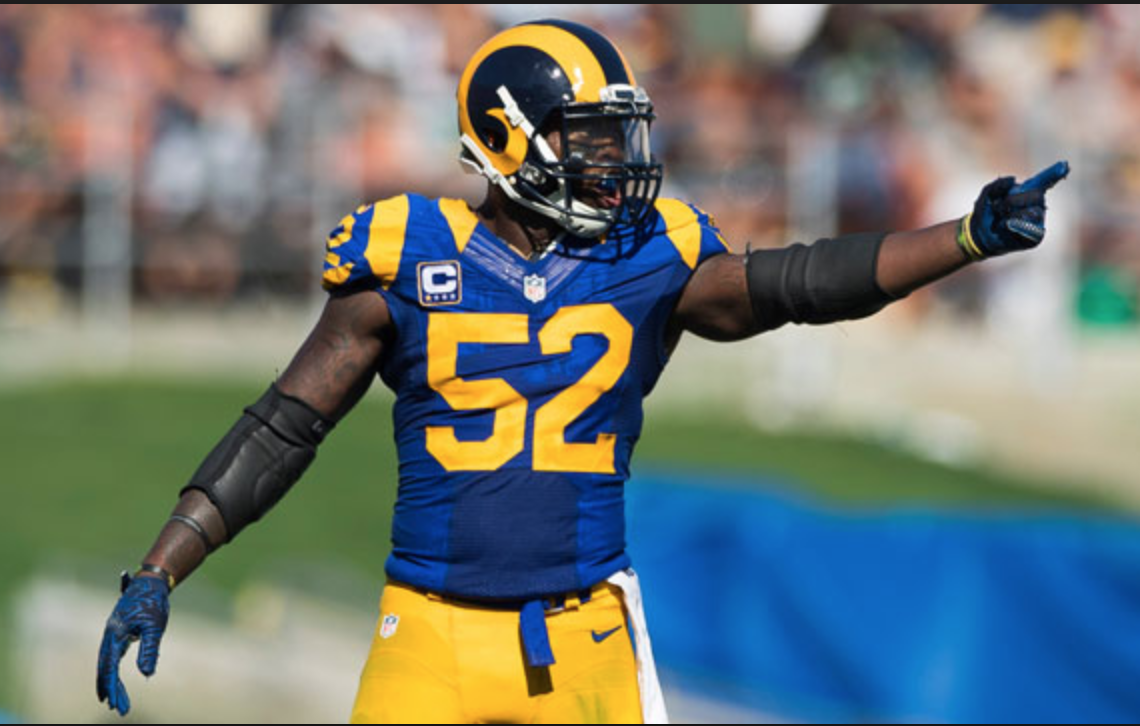 The trade bonanza continued on Wednesday, when Michael Bennett was traded to the Super Bowl champion Eagles.

But that wasn’t all Wednesday brought.

Soon after, it was reported that the Rams were trading star linebacker Alec Ogletree to the Giants, according to ESPN’s Adam Schefter.

And another trade: Rams trading LB Alec Ogletree to the New York Giants for two 2018 draft picks, per league source.

Compensation update: Giants are trading their fourth-round pick and their sixth-round pick in return for LB Alec Ogletree and the Rams' 2019 seventh-round pick, per source.

Ogletree, a former first-round pick, has excellent range and also tackling ability — especially for an outside linebacker. He had 95 total tackles and two sacks last season, and was a big part of what the team was able to do on defense.

Getting both a fourth and a seventh-rounder isn’t a bad return, though, and apparently the Rams couldn’t pass up that offer.