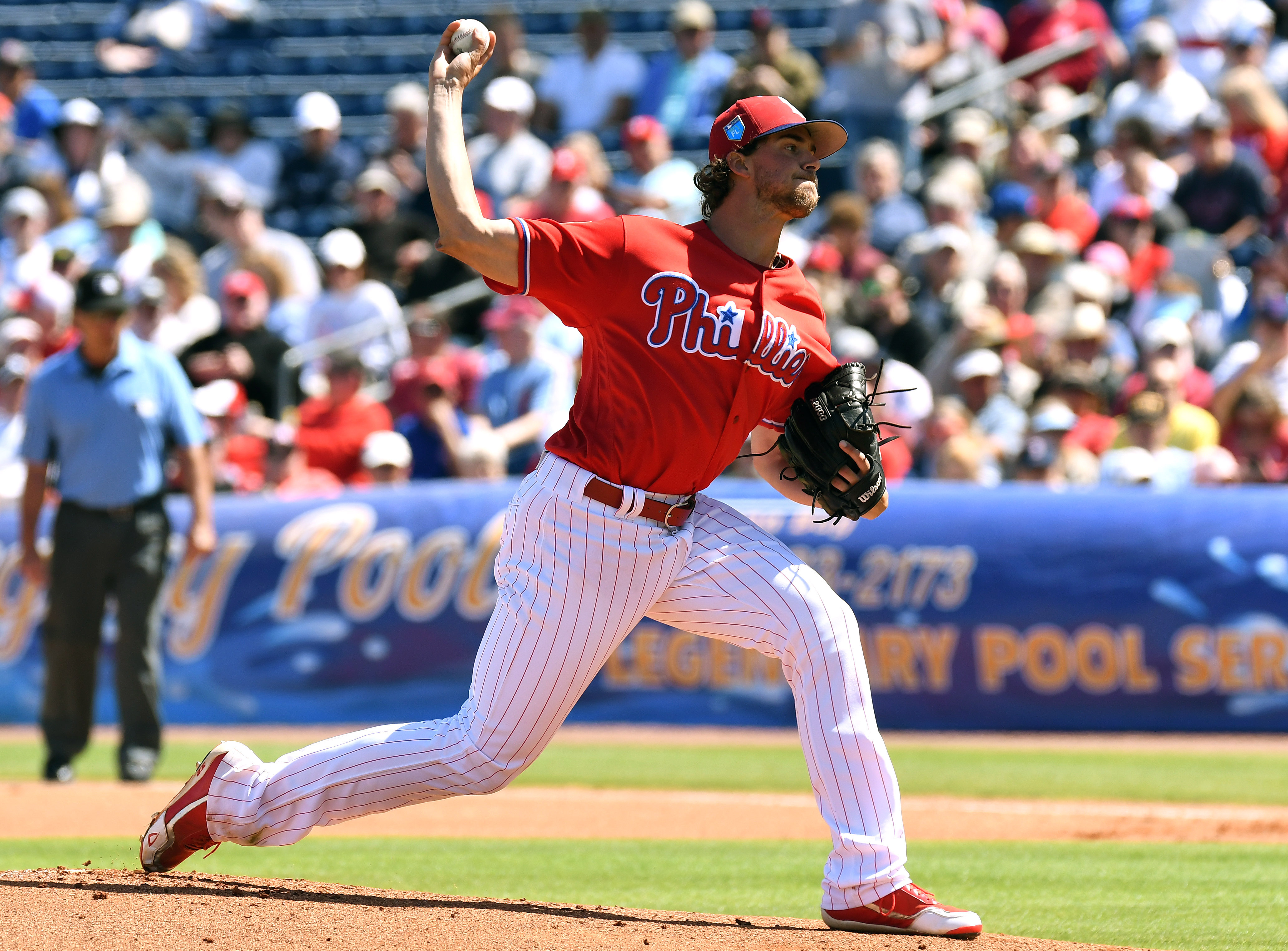 For some big leaguers, the only thing preventing them from truly breaking out is their ability to stay on the field. Philadelphia Phillies right-hander Aaron Nola is a good example of that. He’s significantly increased his MLB workload since debuting in 2015, but multiple disabled list stints haven’t allowed us to see what he can really do over a full year.

He still didn’t have that start-to-finish kind of breakout performance many people feel he’s capable of having, though. A lower back strain toward the end of April forced him to miss about a month, and the most impressive part of his season didn’t even happen until the calendar flipped to June.

The below table shows how his ERA, SIERA, strikeout rate (K%), and walk rate (BB%) differed based off how he performed before and after June 1st.

If it wasn’t for that slow start and time on the shelf, Nola would’ve had an even better year than he ended up with.

The young right-hander’s spring didn’t get off to the best of starts, as he allowed five runs on seven hits through his first two appearances (five innings of work). We all know Spring Training stats must be taken with a grain of salt (especially at the beginning). A good sign from those initial outings, though, is that he kept the strikeouts coming (five) without walking any hitters.

Plus, Baseball-Reference measured the quality of his opponents in those games at 8.6 out of a possible 10, meaning the competition he faced was between the quality of Triple-A and MLB players. So that could’ve made things a little tougher as the 24-year-old attempted to get his feet underneath him in game action while also building his pitch count up.

His most recent outing on Wednesday against the Boston Red Sox was a flash of what Philadelphia is hoping to get plenty of this season — no runs, no walks, one hit, and five strikeouts in four impressive innings. And in case you were wondering, he had the ball dancing all over the strike zone.

We saw how nasty his curveball can be on opposing hitters, so it’s no surprise that it’s been his top-performing pitch as a big leaguer when looking at wRC+. However, the changeup Nola used to record his fifth and final strikeout is noteworthy because it’s been an offering in his arsenal that’s improved each year.

Trying to elbow one’s way into the National League Cy Young race is tough with perennial contenders like Clayton Kershaw, Max Scherzer, Zack Greinke, and (when healthy) Madison Bumgarner all making their presence known repeatedly. But with the kind of progress he’s made since debuting, Nola has a chance to make some noise if he can take another leap forward in his development.

The one key to do that, though, appears to be staying healthy and pitching every fifth day so we can see what a full season of production could look like for him.