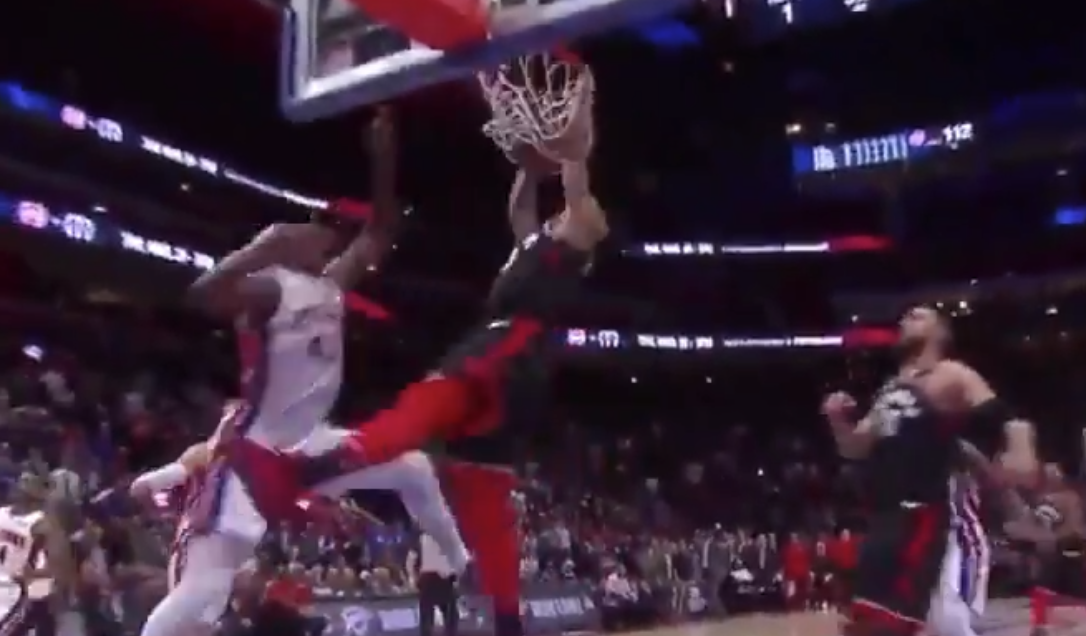 Raptors star DeMar DeRozan is known for his shooting prowess, but he can throw down the hammer when the situation calls for it, which he showed late in Wednesday’s game against the Pistons.

The Raptors had the ball, trailing 112-111 with roughly 10 seconds remaining, so naturally they put the ball in the hands of their playmaker.

And he delivered — with a dunk that shook Little Caesars Arena.

DeRozan was picked up near midcourt by two defenders, but it didn’t matter, as he blew by them and then attacked the interior of the Pistons defense in hopes of getting to the hoop. Only Anthony Tolliver stood between him and giving his team the lead, and DeRozan would not be denied, as he dunked all over his counterpart with a monster slam.

The game ended up going to overtime, but the Raptors emerged victorious, and DeRozan’s play on the court was a big reason why. He finished the game with 42 points on 16-of-28 shooting.