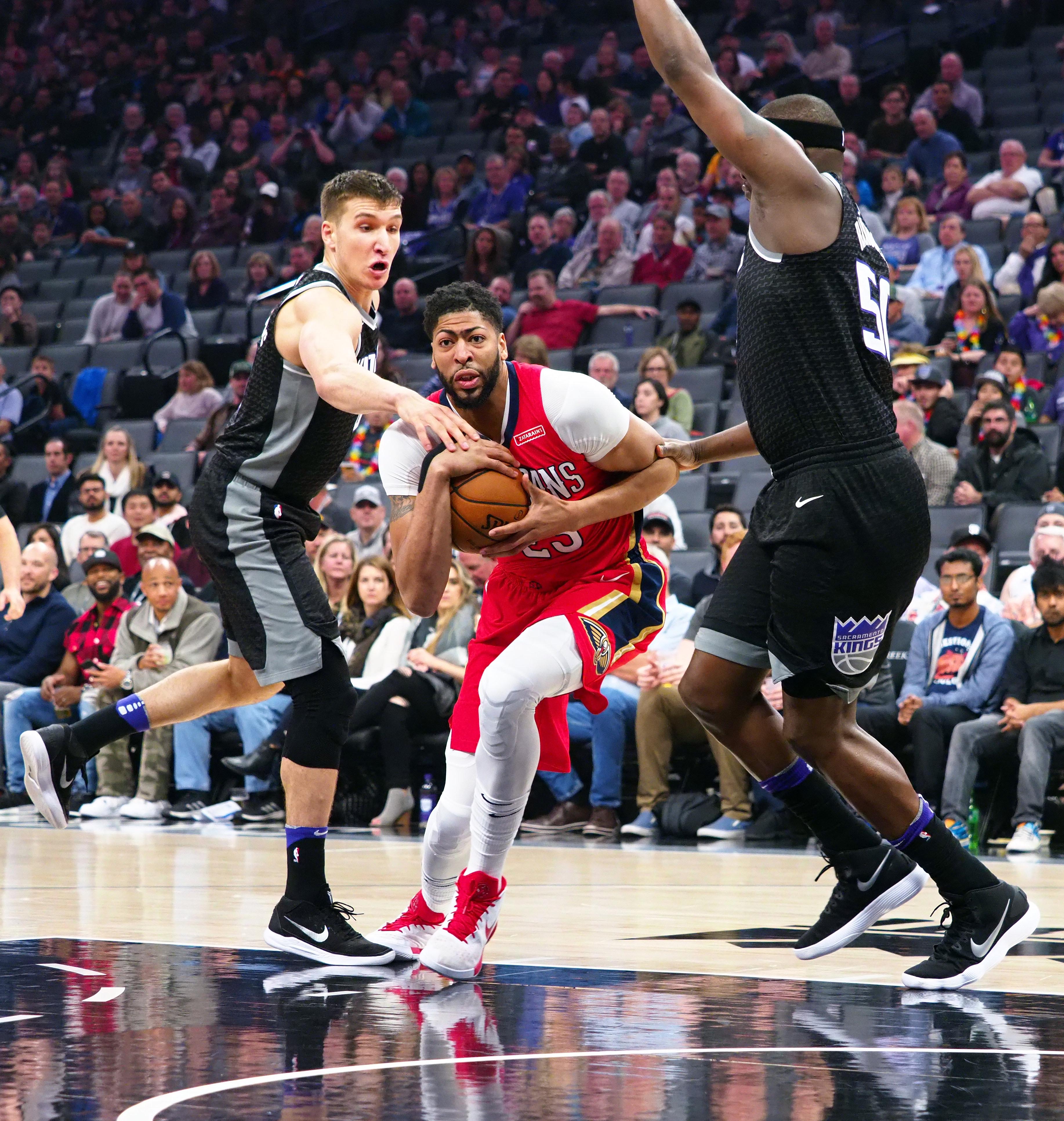 Sacramento,CA- The New Orleans Pelicans traveled to Sac Town to finish off the final contest of a four game road trip Tuesday night. The Pelicans winners of nine games in a row currently sit fourth in the Western Conference Playoff Race. They are playing wonderful and exciting basketball during this winning streak behind superstar Anthony Davis. Davis is making a case not only for the MVP but the Pels playoff chances as well.

This road trip can be dubbed “The Revenge Tour” because the Pels had embarrassing loses to all four of these teams. New Orleans looking to add another win to tie the Franchise record of 10 victories in a row not to mention to keep pace with the rest of the best in the west. The Pelicans came out the very same way they usually do, with high-octane offense & decent defense. They shot 56% from the field & 42% from beyond the arc for the game. The Pelicans were unstoppable, who were led by Nikola Mirotic who carried the team in the second half as Anthony Davis was loss due to a sprained ankle (x-rays negative).

Mirotic, who came over from the Chicago Bulls before the trade deadline has been special for New Orleans posting 26 points with 10 rebounds in 31 minutes of action. Along with the stellar play of Mirotic was guard Jrue Holiday, whose stat lined wasn’t to shabby either going for 23 points & 8 assists. The Pelicans were solid tonight against a young, terrible yet scrappy Sacramento team, they beat the kings in all major stat categories of importance.

The major issue of this game was Pelican All-star Anthony Davis stepping on a Kings players foot causing him to leave the game with an ankle sprain. Davis finished the game scoring 17 points, 5 rebounds & 5 blocks in 23 minutes. The Pelicans came together as a team, fended off an attempted run by Sacramento late to win the game 114-101.

The Washington Wizards (37-28) are also 4th in the Eastern Conference Playoff Race & 1st in the Southeast Division. This will be a true test for New Orleans as they are only separated by a few games in west race from other teams, trying to stay a head. The Pels escaped a major injury with AD tonight hopefully he can be ready to play Friday night when the two teams meet.