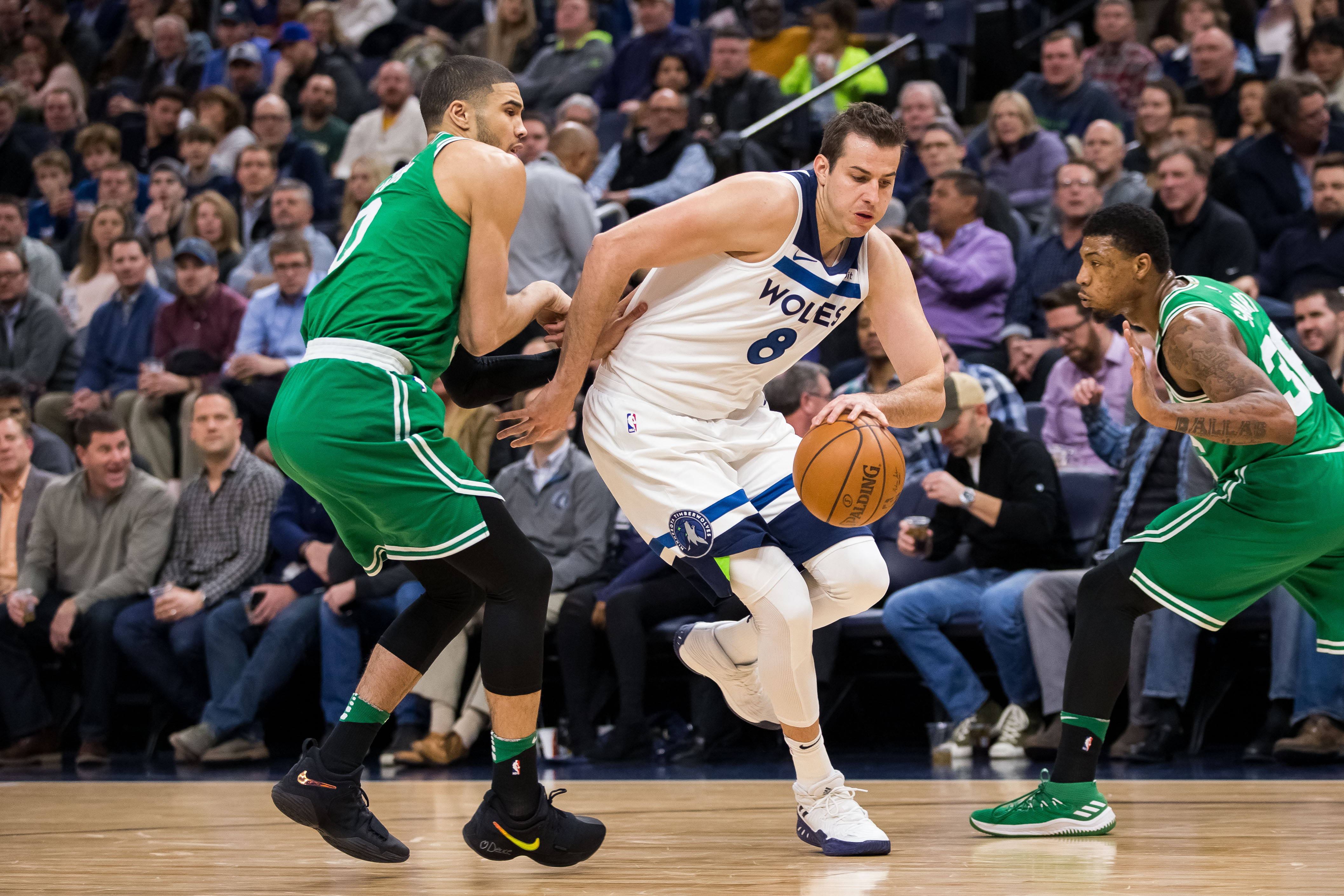 He has a quick 9 PTS for the @Timberwolves! pic.twitter.com/NyVVaI8kMf

🔥🔥🔥Hot off the presses! @drose jerseys available in both our Skyway and 100 level locations! #AllEyesNorth @timberwolves pic.twitter.com/VHCQNRKheK

Bjelica has 43 rebounds since being inserted into the starting lineup five games ago as a small forward.

That's 8.6 per game. Only 15 players are averaging more rebounds per game for the season and Westbrook is the only non-PF/C.

Bjelica: “The problem is we played against one of the best teams in the league and they’re an amazing team. If you want to do something big this year, we have to play defense like that.” Me: pic.twitter.com/W8BAYuN5GJ

Congrats on the career high @NemanjaBjelica loved the intensity you brought tonight! #AllEyesNorth

All night whenever there was a "LETS GO WOLVES" chant, I changed it to "Der Rick Rose" #alleyesnorth