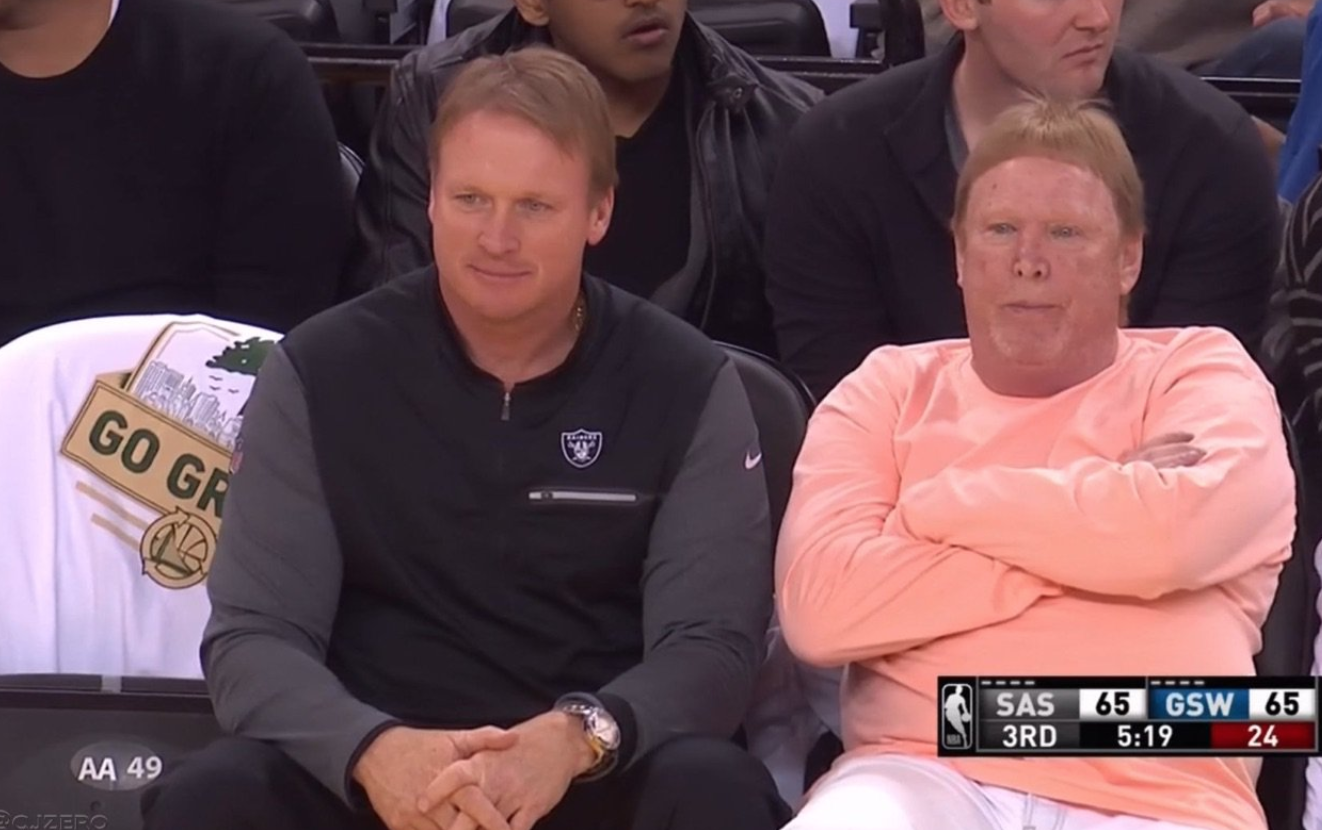 The defending champion Warriors are one of the most exciting teams in the NBA, and watching them play at Oracle Arena is quite the experience.

With fans doing their “Warriors” chant, and players shooting from, well, everywhere, it’s always entertaining when the team squares off against an opponent, especially a competitive squad like the Spurs, which was the case on Thursday night.

That’s probably why Raiders owner Mark Davis and head coach Jon Gruden were spotted attending the matchup at Oracle Arena. The two sat courtside, and it appeared as if Gruden was feeling a bit more entertained than Davis was.

Gruden was likely in need of a break from watching tape, as the Raiders have been scouting talent in anticipation for the 2018 NFL Draft.