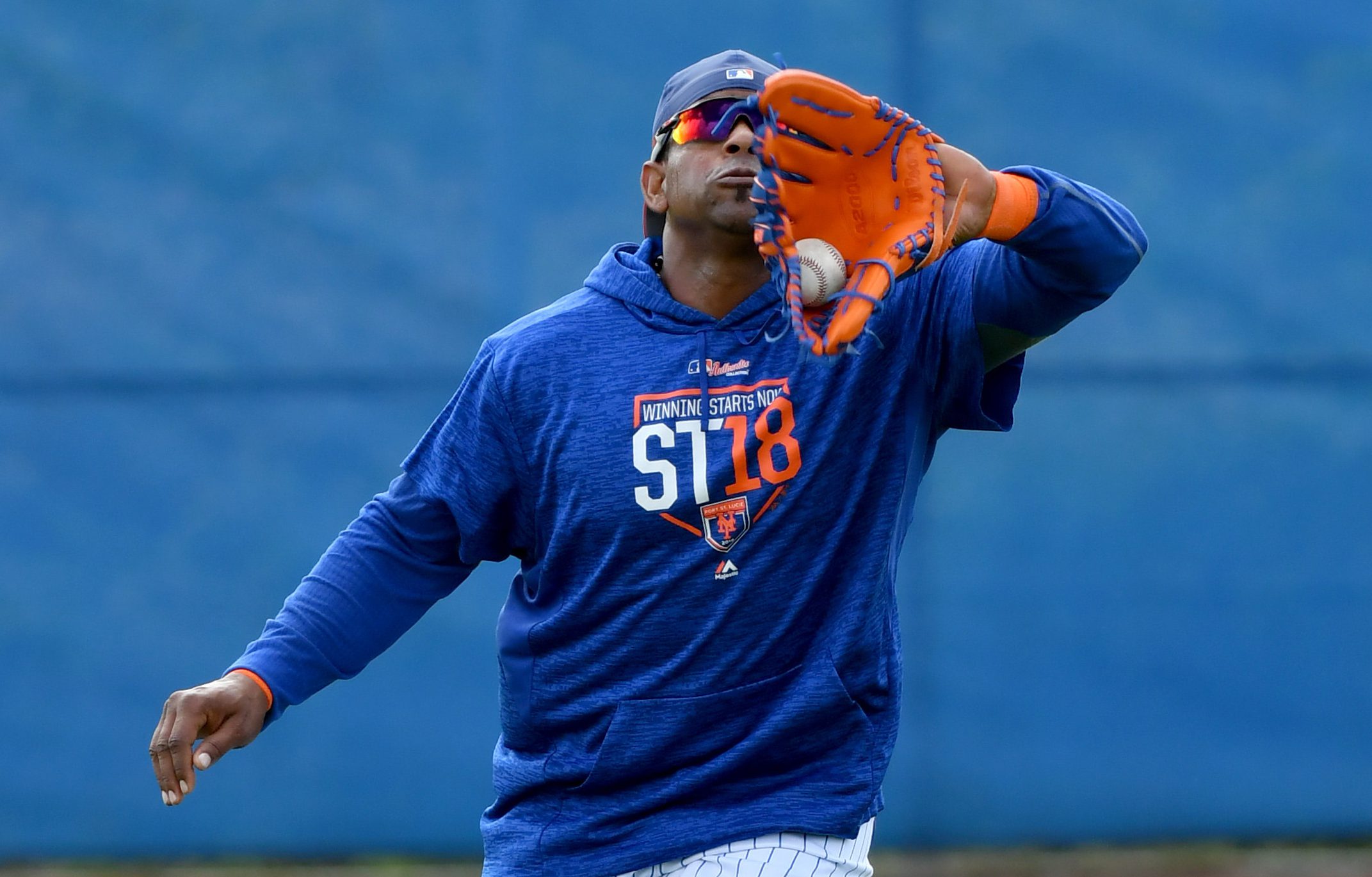 I like Joel Sherman. Generally, he knows what he’s talking about. And he’s at spring training while I’m not, so for me to say that there isn’t some sort of truth to what Sherman says would be a little arrogant of me. But can we go through a spring training without a hit piece on Yoenis Cespedes?

Earlier this week. First Data Field. New Mets outfield coach Ruben Amaro is hitting fungos to nine outfielders. New manager Mickey Callaway is watching. One of the nine is wearing his hat backward. One is occasionally catching the ball behind his back. One — despite instruction to treat throw-ins as if runners were on base — occasionally delivers long, underhanded heaves toward Amaro. And before anyone mentions Yoenis Cespedes was nursing a sore shoulder, know that when he wanted, Cespedes displayed the best arm in the group.

Joel Sherman is better than this. You probably don’t think so, but he is. He knows his shit. That’s why it’s so disappointing to see him stoop to this for page hits, retweets, and backlinks. I’m no better, because I’ve given him the page hits and this backlink. Acknowledged. But this isn’t telling us anything useful. This doesn’t give us any insight. All this does is create buzz by using a polarizing figure. When I link to this blog post on Facebook, I know exactly who is going to come out of the woodwork and say “see, this proves he sucks”, and I know exactly who is going to come out with the tired line of “hey, he was traded three times for a reason.” Stuff like this doesn’t get people to think. It validates everybody’s opinion and just causes everyone to scream louder.

I don’t care if Yoenis Cespedes wears his hat backwards. Ken Griffey Jr. did it in the 90’s, and somehow Western Civilization survived. I do care about that the press is resorting to tired tricks when there’s nothing of substance to write about. Surely, we should have evolved more than this since Darryl Strawberry was railroaded with three month old quotes right before the ’88 NLCS. But I guess we haven’t. And every spring training we seem to find more proof of that.