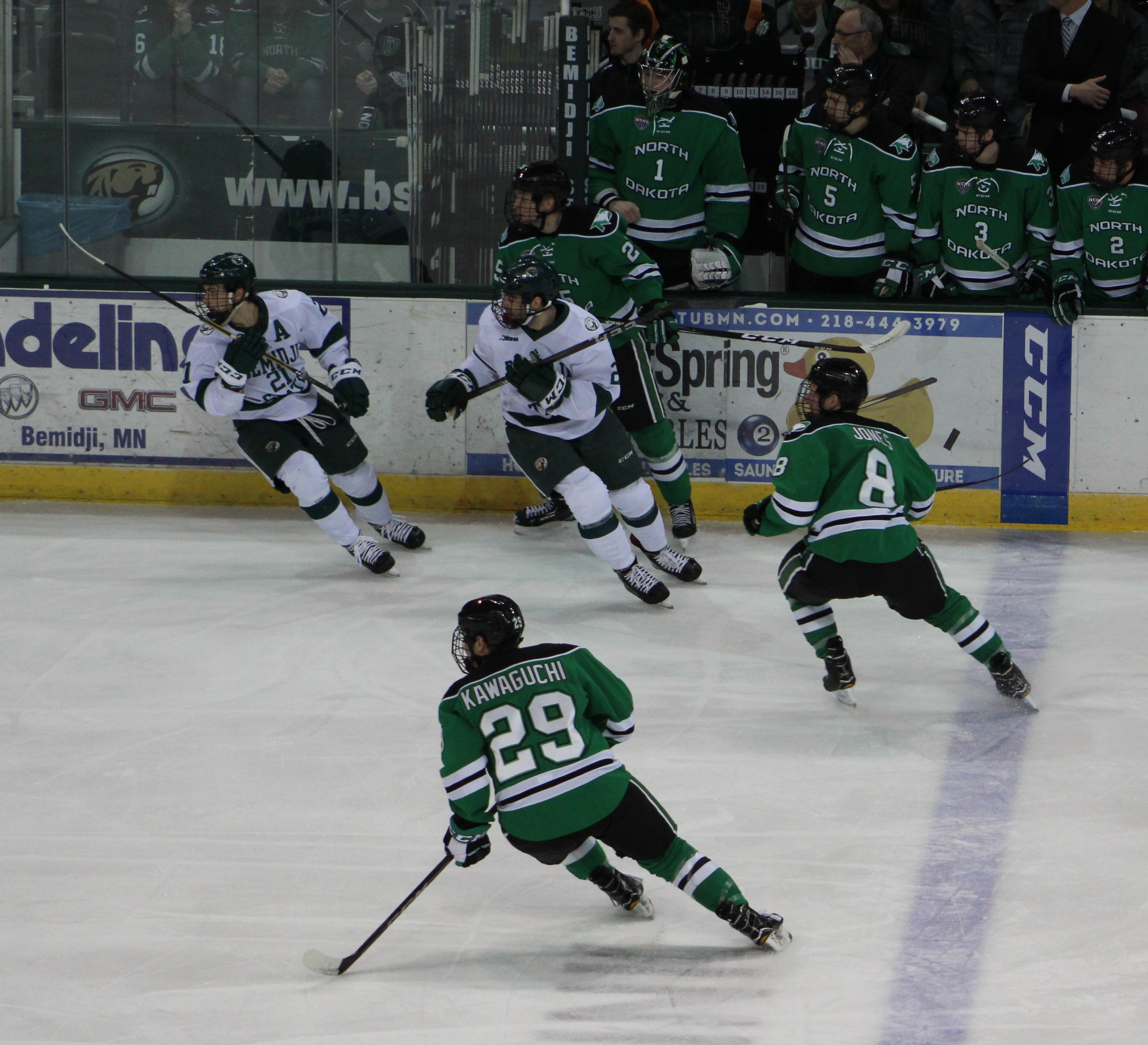 Since 1997, the University of North Dakota hockey team has missed the conference tourney and the NCAA playoffs one time, the 2001-02 season.

Currently, UND owns the longest active streak, they’ve advanced to the NCAA tourney 15 years in a row. It’s almost a given that UND hockey fans’ will be being busy during the month of March and many times into the month of April.

Enter the 2017-18 UND hockey team. After a rash of injuries and a lot of bad puck luck, that streak is in serious jeopardy.

During the 2017-18 season, UND has used 35 different lineups in 36 games. Breaking it down further, that 62 different line combinations and 11 defense pairings. Five players on UND’s roster have played in all 36 games. I wouldn’t discount the significance of that statistic.

I’d say that it’s 50/50 that UND advances to the Frozen Faceoff. The probability that UND makes the NCAA tourney, is probably less likely.

First things first. Last weekend, when the Hawks tied the St. Cloud State Huskies they secured home ice for the NCHC playoffs, extending their current, active streak to 16 years. That no minor feat, having home ice for the first round of the playoffs it’s a big deal. One box has been checked, there are a few more waiting to be checked.

Head coach Brad Berry knows the importance of getting home ice for the first-round of the NCHC.

“It’s huge,” Berry said. “We have a list of goals in front of us and the very first one is get home-ice. We attained home-ice. That’s a huge deal. Last change. Different things like that, so we have to make sure that we take advantage of that next weekend.”

Make no mistake about it, the players know what is on the line.

“Everything about North Dakota is that you do it for the guys that were here before you,” junior defenseman Wolanin said. “You do it for the guys that have been through it all. Those four seniors have won a Penrose, have won a national championship and all of them have letters besides Cammer (Cam Johnson). They deserve all of the credit they’re getting and they’re deserve a win and home ice. They’re a great group of guys.”

Here are a few stories that are making their way around the blogosphere:

UND has played its best against top teams. Can it do the same with the season on the line? (Grand Forks Herald)