Can Westchester Knicks propel to postseason without key players? 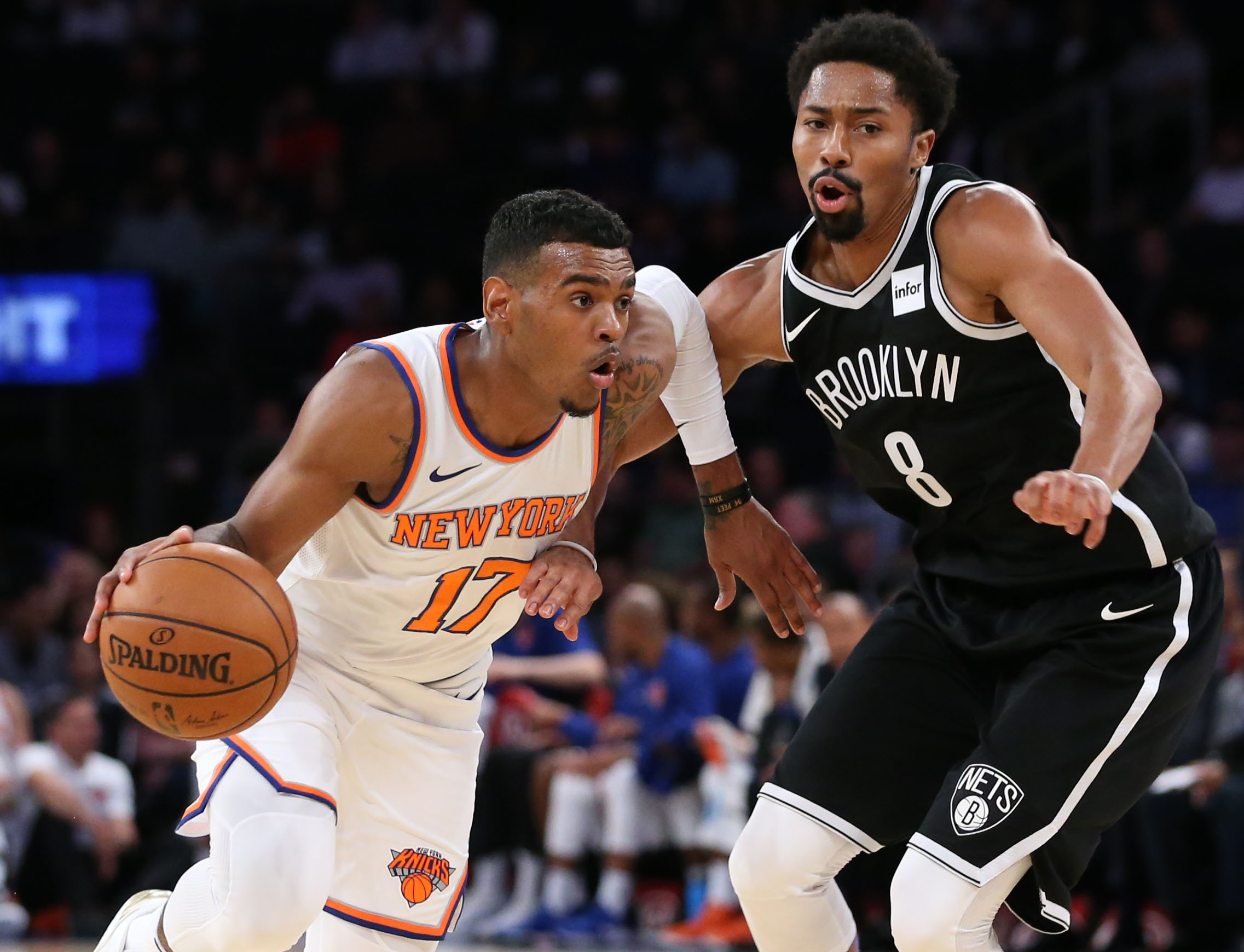 Can Westchester Knicks propel to postseason without key players?

The Westchester Knicks are in the final stretch of the season. The team currently holds a 28-16 record and are at the top of the standings in the Eastern Conference. The Knicks are one win away from clinching their second postseason berth. In the past week, Westchester saw two players earn call-ups, which means three players have earned a combined four call-ups this season. As the 2017-18 campaign comes to a close, there’s a lot going on with this club. Let’s take a look.

In a span of 48 hours, the Westchester Knicks saw their third and fourth call-ups of the season. Xavier Rathan-Mayes signed a 10-day contract with the Memphis Grizzlies. His time in Westchester helped prepare him for his call-up to the NBA where he had the opportunity to show he can facilitate an offense, create for his team, and provide solid defense. With Rathan-Mayes heading on up, each player from Westchester’s initial starting lineup is currently on an NBA roster.

Nigel Hayes earned his second call-up of the season when he inked a 10-day contract with the Toronto Raptors. Hayes had continued his productive ways in the past nine games. He nearly set a career-high in points (35) against the Lakeland Magic, while shooting 53% from deep. It’s safe to say he earned this latest promotion after spending time with the Lakers earlier in the year.

With Xavier Rathan-Mayes and Nigel Hayes up at the NBA level, Westchester was down two players. The team added Ousmane Drame from the available player pool. Before arriving in Westchester, Drame played in Divina Seguros Joventut (Spain), Samsunspor DSI (Turkey), and most recently with Ironi Nahariya in Israel. He averaged 14.8 points and 11.5 rebounds per game with Samsunspor DSI.

The Knicks are on the verge of being the first G League team to clinch a playoff berth. That would mark the G League affiliate’s second appearance in the playoffs. Westchester currently holds the best record in the Eastern Conference and own a four game lead over the No. 3 seed Erie BayHawks. The division winners will get the top three seeds in the playoffs and the top two seeds receive a bye in the first round. Westchester will have another chance to clinch a spot in the G League playoffs with a win over the Wisconsin Herd on Saturday.