Carlos Gonzalez Gets Another Shot With the Colorado Rockies 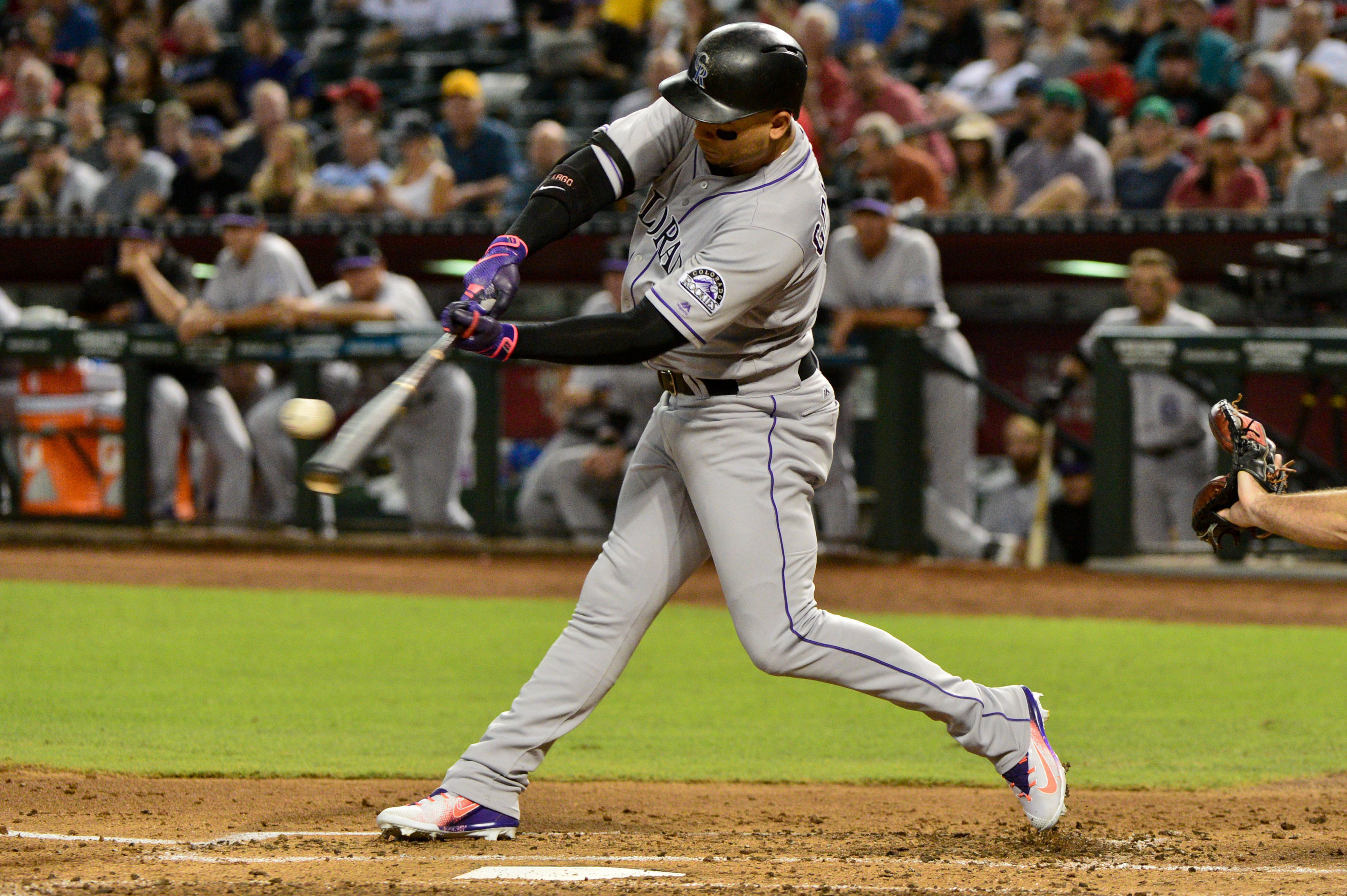 Carlos Gonzalez Gets Another Shot With the Colorado Rockies

A lot can change over the course of a year — just ask outfielder Carlos Gonzalez.

Before the 2017 season got underway, the Colorado Rockies offered their longtime player an extension that could’ve been worth up to three years and $45 million in an attempt to have him forgo free agency the upcoming winter. He rejected it, instead opting to play out the final season of a seven-year, $80 million deal.

Fast-forward to a year later, and the veteran is just now reportedly finding a home for 2018 after agreeing to a one-year, $8 million contract to return to the Rockies. The historically slow free-agent market certainly played a role in CarGo staying unemployed for this long, but he didn’t do himself any favors with what turned out to be one of the worst years of his career.

Among the 144 hitters that qualified for the batting title this past year, only nine posted an fWAR worse than Gonzalez’s mark of -0.2. For a player that’s produced 22.9 fWAR since debuting in 2008 thanks to seven different performances of 2.0-plus fWAR, this was certainly unfamiliar territory for him.

After an injury-plagued and unproductive 2014 campaign in which he posted an 83 wRC+ and -0.5 fWAR in 281 plate appearances (70 games played), CarGo bounced back with a 40-homer campaign the following year. The problem is that the 32-year-old has seen his numbers continually slide since.

Further adding to the concern here is the fact that parts of his batted-ball profile have also consistently gotten worse — his 48.6% ground-ball rate and 31.7% fly-ball rate were both the worst marks he’s produced since 2012.

We’ve already seen exactly how tough free agency was for Gonzalez, but can you imagine what it would’ve been like if he didn’t finish the regular season hot?

Check out how his September performance stands out from the rest of 2017.

Clearly, his overall numbers would’ve looked quite a bit different if he didn’t eventually turn things around. His other batted-ball numbers didn’t look all that different from the rest, so that’s certainly something else to keep in mind.

And it’s not as if a .489 BABIP would at all be sustainable over a longer period of time. But still, the increase in hard contact helped correct a BABIP that settled in at .291 over the first five months (he has a .334 career mark in this department).

This outstanding September wasn’t enough to net Gonzalez a multi-year commitment, but seeing his bat come to life was undoubtedly helpful to the Rockies front office, showing them there’s still some thunder left in his bat.

It was just a couple weeks ago that third baseman Nolan Arenado talked about how the Rockies were missing CarGo’s presence at camp. A report from Patrick Saunders of the Denver Post quoted Arenado as saying they were missing him “really badly,” and specifically cited his energy and laughter.

We saw how much the Boston Red Sox missed David Ortiz last season, both in the clubhouse and on the field, so these kinds of things are important to note. This is not to compare Ortiz and Gonzalez as similar players or hitters, but he’s clearly had an impact on many of Colorado’s younger players, so they’re definitely happy to get him back for at least another season.

He may not be the threatening bat he once was, but Gonzalez at least brings a strong track record with him. The Rockies could’ve taken much more advantage of a slow free-agent market, but they at least made a quality addition for a low sum of money that should — in theory — raise the performance floor of their outfield.

Just last week, we were talking about how Colorado’s offense seemed incomplete and full of questions. That was especially true in the outfield, with Gerardo Parra penciled in as a starter and David Dahl trying to prepare himself after missing all of 2017. Sure, adding back a player who contributed to their offensive issues doesn’t seem to make much sense, but that hot September tells us he may not be done just yet.

It seemed as if Gonzalez’s mostly fruitful tenure with Colorado — on an individual level –would end with a sour taste in his mouth. He now gets a second chance to potentially end things how he’d like to with the organization he’s spent the majority of his big league career with.