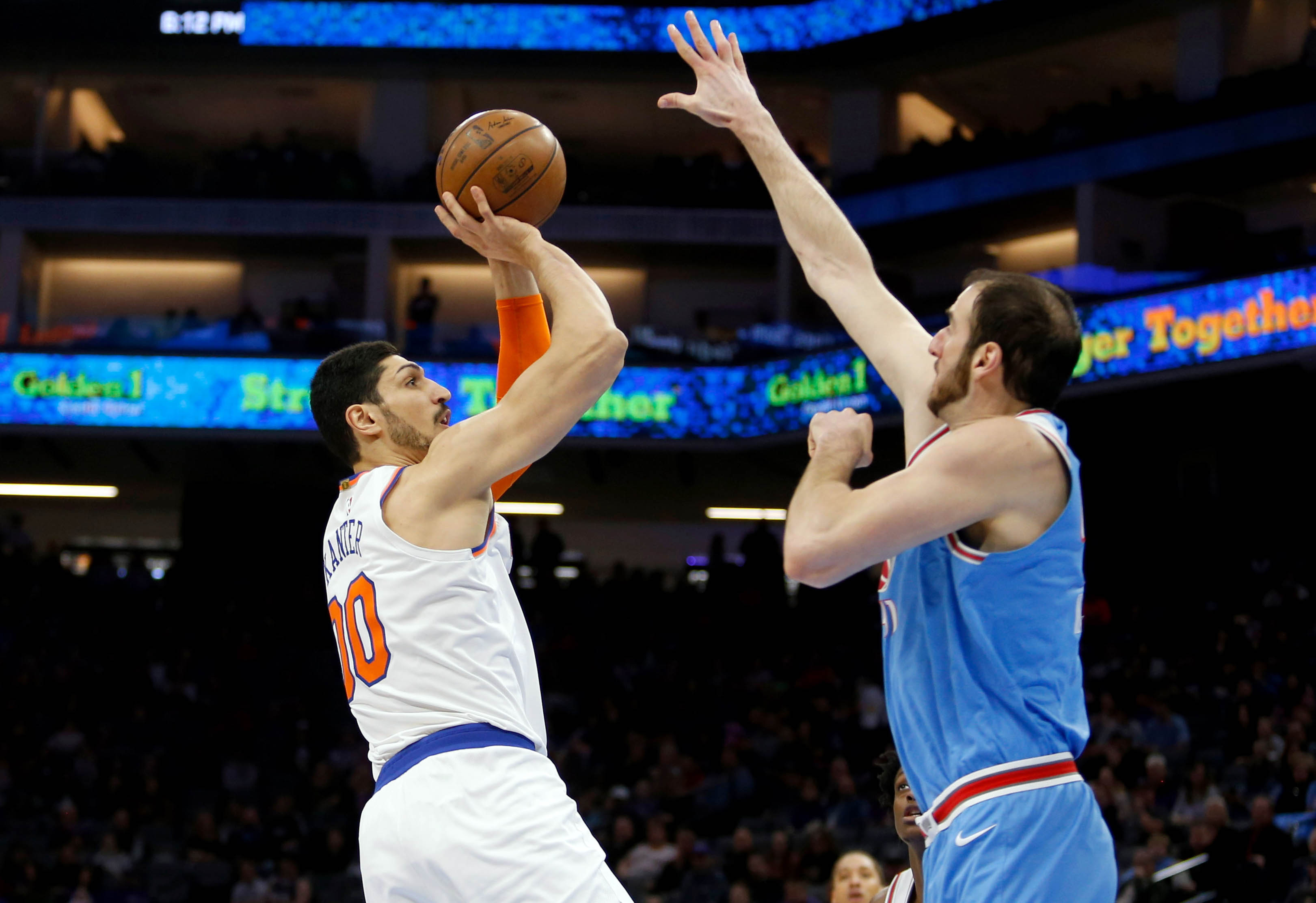 Enes Kanter is having an all-star season, but because the Knicks have lost have 14 of 15 without Kristaps Porzingis by his side, it’s quite difficult to tell. Appearing in 62 contests thus far, the big man has averaged a consistent double-double with 14.3 points and 10.8 rebounds. His 61% shooting mark sits fifth best in the league and his grit and physicality is making him an invaluable member of this team.

After logging 16 points and 8 rebounds in the Knicks’ latest loss in Milwaukee on Friday, he went on to further cement his value.

With New York struggling, it’d be easy to make the argument that Kanter’s offensive numbers are bloated because he’s on an inferior team without its top scorer. Nevertheless, his field goal percentage is proof of his efficiency, and he’s amongst the leaders in rebounding percentage when it comes to advanced analytics. What’s more, His 3.7 offensive boards are fourth best in the NBA and he’s a top ten rebounder overall.

It’s been interesting to check in on Kanter’s numbers every few weeks, to verify that he’s remained consistently amongst the league leaders. All told, he’s been absolutely tremendous and there’s no signs of slowing down. He’s the type of big man who does a lot with a little — he only averages 25.8 minutes per game — but he’s produced for the Knicks nonetheless. Jeff Hornacek and Co. seem to have difficulty deciding what to do with the 25 year old at times. There’s been sporadic minutes, relating to when and how often they use him. Kanter has been flip-flopped as a fourth quarter crunch time player. Sometimes he’s a key cog in a late game stretch. There have been other instances (more often than not) where he’s nowhere to be found.

With the season all but lost, New York is transitioning toward a youth movement. Though he’s been a mainstay starter and one of the Knicks’ most productive players, Kanter has played fewer than 24 minutes five times in February and March. While such a decrease in playing time would make more sense when talking about a Jarrett Jack or Courtney Lee, there’s a certain level of irony with it all regarding Kanter. He’s still just 25 years old. After trading away Willy Hernangomez, it would appear as though the Knicks made their choice and should subsequently be playing Kanter more as part of the team’s core for the future. He’s certainly proven himself and earned the time & opportunity.

At season’s end, both Kanter and the Knicks will have a decision to make. Holding a player option for next season, the pressure will be on the big man first. If he opts in, he’ll have the chance to develop more continuity in New York with the hopes of picking up right where they left off from a competitive standpoint once Porzingis does return. Kanter is passionate about the Knicks, the New York atmosphere, and the fans seem to really embrace him. There’s reason for him to opt in, but given the stellar season he’s had, it wouldn’t be a total shock to see him opt out and hope to cash in on a big contract while at his most profitable. Kanter is foul prone and is known to make some questionable decisions on defense, but all of the many pros outweigh the cons. If and when he does opt out, it’ll be up to New York to decide if they want to reward him, or proceed with cleaning house and plan ahead for the summer of 2019.

Given the team’s past success rate (or lack there of) with big free agent classes over the last decade or so, the Knicks shouldn’t wait or attempt to put their eggs in one basket. Kanter has proven his worth, so if he still holds a desire to be in the Big Apple, the Knicks should embrace that and do all they can to keep him in the fold.