New York Mets Should Look Young To Fill Out The Bullpen 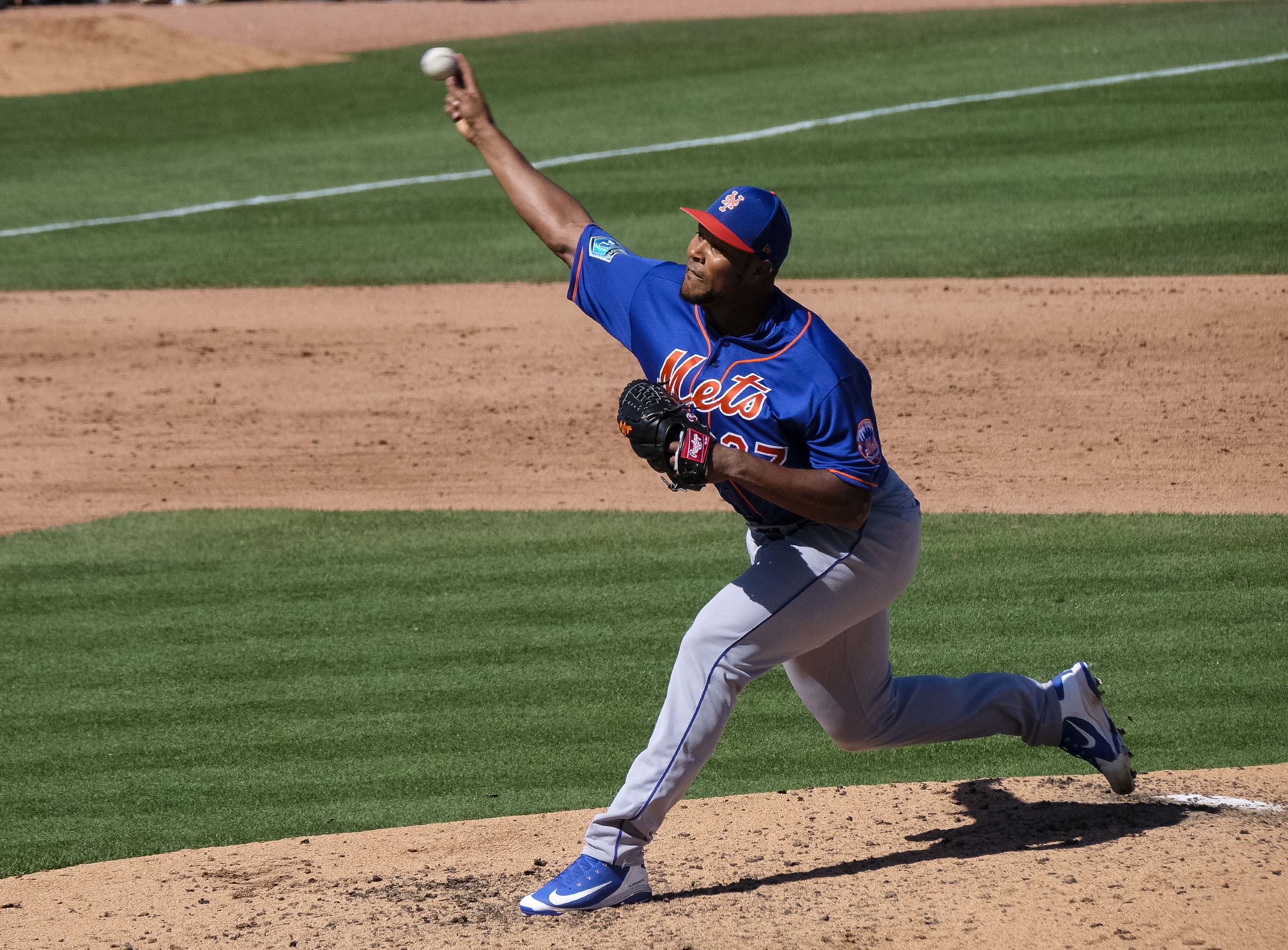 New York Mets Should Look Young To Fill Out The Bullpen

The New York Mets’ rotation and lineup appear to be set, meaning their bullpen is the biggest mystery item left to solve. The bullpen will be key with the Mets potentially limiting their starters to only two turns through the batting order, with the Mets potentially carrying eight relievers at points during the regular season. Assuming the Mets do carry eight relievers on Opening Day, they will have a lot of ways to fill out the unit with a ton of relievers on the 40 man roster.

There are four mortal locks for the bullpen: Jeurys Familia, Jerry Blevins, A.J. Ramos, and newly signed Anthony Swarzak. Paul Sewald, who the Mets refused to trade for Jason Kipnis (although cash likely killed that deal), is also likely going to make the unit after a solid showing in his rookie campaign last season. The Mets also figure to convert a starter to relief, with Zack Wheeler likely destined for that role. That is six relievers, leaving two open spots left in the pen.

Prior to the start of spring training, it appeared likely that those spots would go to Rafael Montero and Hansel Robles. Montero is out of minor league options and the Mets have always had more fondness for him than they should, so his spot appears safe despite recent poor performances. Robles, on the other hand, has been an outright disaster. In five appearances this spring, Robles has given up nine runs on 12 hits, including four home runs. That has come over just six innings pitched, an alarmingly poor performance with two and a half weeks left in camp.

The Mets may be willing to stick with Montero as a long man to avoid losing him, but Robles is a different situation. Robles does have a minor league option left, so the Mets can send him to Triple-A Las Vegas without losing his rights. The Mets have also gotten some strong performances from other relievers, such as Jacob Rhame, who has popped on the radar gun and struck out eight batters in five innings pitched. Rhame, who the Mets acquired in the Curtis Granderson deal last August, has certainly appeared more worthy of a big league spot than Robles.

The Mets are also probably better off just letting go of Montero, who has always shown a tendency to nibble at the big league level instead of trying to throw strikes. Seth Lugo would be a more effective long man, but given his elbow issues the Mets may leave him at Triple-A to stay stretched out as a starter to stay in a regular routine. The Mets could also be poke around the relief pitching market again to see if one of the talented relievers that is still jobless, such as Greg Holland, may take a one year deal just to get work. Either way, the Mets have plenty of options available to them to fill out the bullpen, so a unit that features both Montero and Robles would be a major disappointment.